See Noto from the top of a belltower

You won’t get a better view of Sicilian Baroque and Noto than from the top of the belltower of Chiesa di San Carlo al Corso.

Walking up and down Corso Vittorio Emanuele in Noto, we stumbled over a billboard in front of the concave façade of Chiesa di San Carlo. For a symbolic fee they let you climb the belltower and enjoy the panoramic view from the roof terrace.

It’s a long way up a narrow, spiral staircase, but there are plenty of things to admire, if you stop to catch your breath. For instance, we passed through a tiny, dark room that had served as a Jesuit monastery with a cassock, a bible, an iron bed and a crucifix as the only possessions. 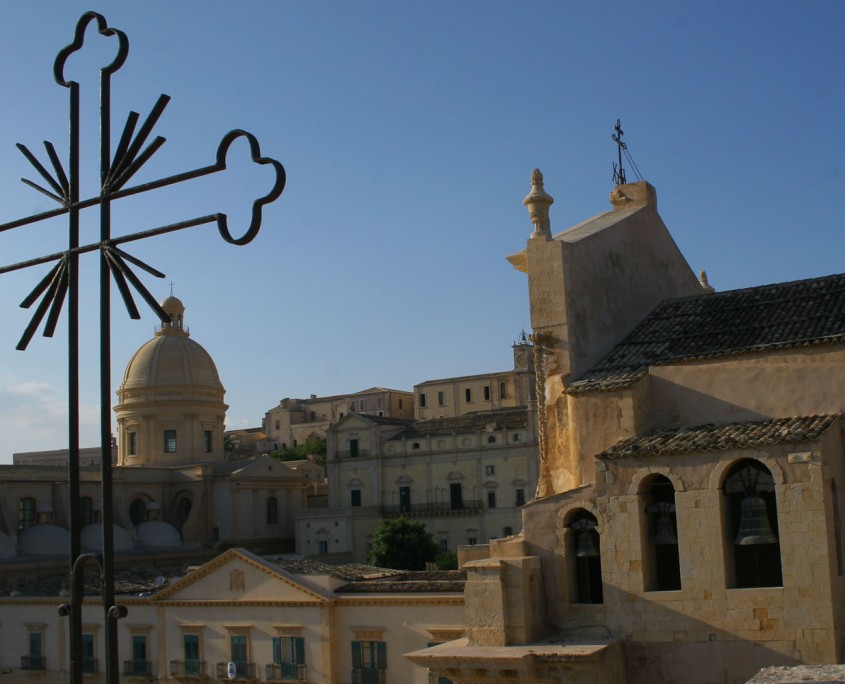 The view of Noto from the top of the belltower is stunning. Especially when you look in the direction of Noto cathedral.

From the dark confines of the campanile a door leads out into the blinding sunlight, where you can study the heavy, cast metal church bells up close.

You can also walk around the perimeter and get a good view of the Baroque Noto from the Porta Reale to the warm yellow stones of the Cathedral, the theatre, the town hall and the great palaces. It is interesting to note how religion seems to occupy the town centre, while shops are referred to the wider streets leading up to Corso Vittorio Emanuele. Further uphill behind the cathedral the local aristocracy had their residences, surrounded by the great majority of plain, unadorned houses, where ordinary families live. In this way the layout of Noto reflects the power structure and political authority of the early 18th century. 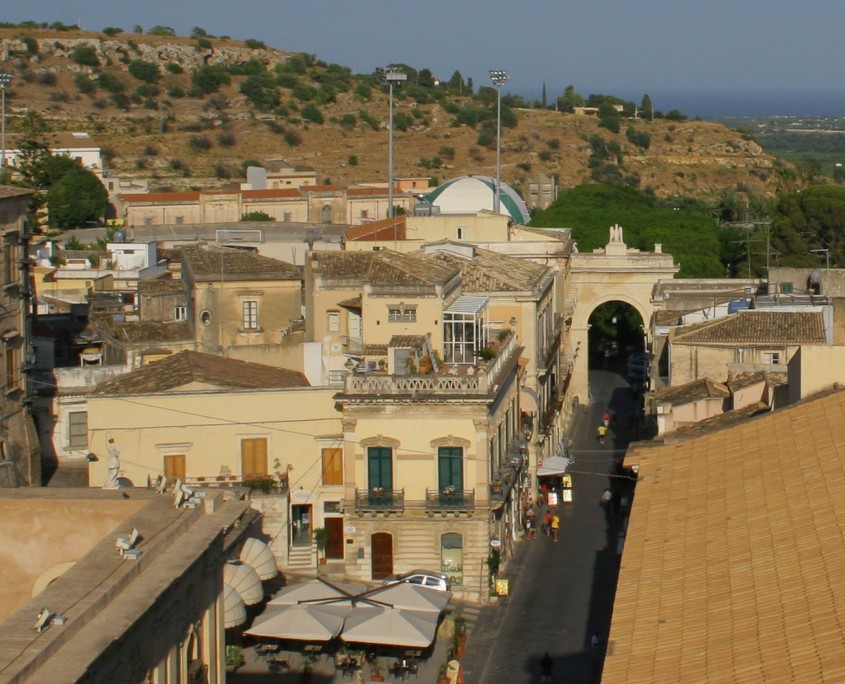 The countryside starts just outside the city gate.