Today Millesimo in Liguria ranges among the Borghi piu belli d’Italia, but the village has not always welcomed strangers with open arms.

Skies hung heavy and low over the ancient village Millesimo in the mountains behind Savona, when we visited, and the weather may have inspired people to stay indoors, as the streets were nearly deserted, giving us so much more space to roam. 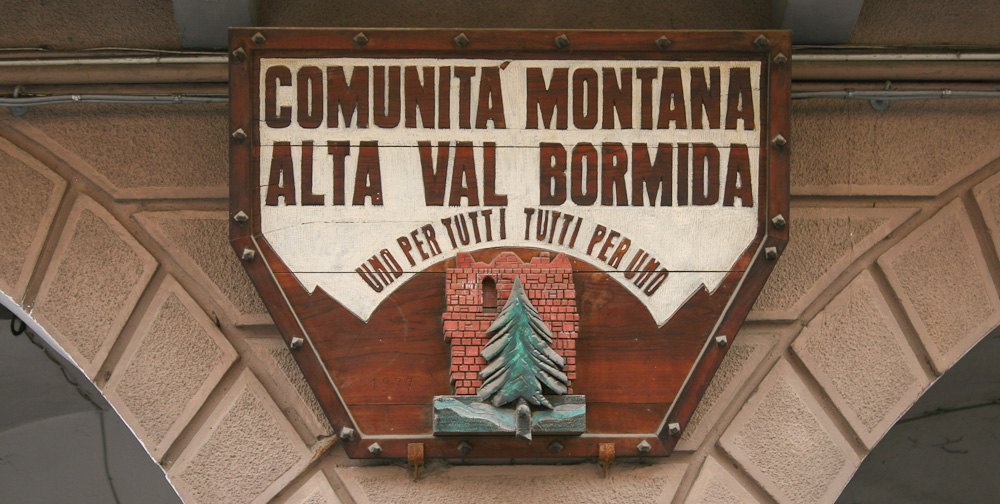 The fortified bridge in Millesimo has been incorporated in the city arms along with the classic musketeer oath.

A Fortified Town in Liguria

In view of the peace and quietness of this place deep in Alta Val Bormida, I wondered at the defensive nature of many of Millesimo’s old buildings. The municipality has taken over an old palace with an impressive fortified tower. An austere, unapproachable Medieval castle looms at the end of the main street, and the village pride is a fortified Medieval bridge over a great big void of nothing much. The bridge, known as Gaietta or Ponte Vecchio, is blocked by a brick tower topped by Ghibelline battlements from which soldiers could watch out for enemies approaching from the west, and a gate in the tower was used to control who gained access to the city. Obviously, Millesimo has not always been welcoming strangers with open arms. 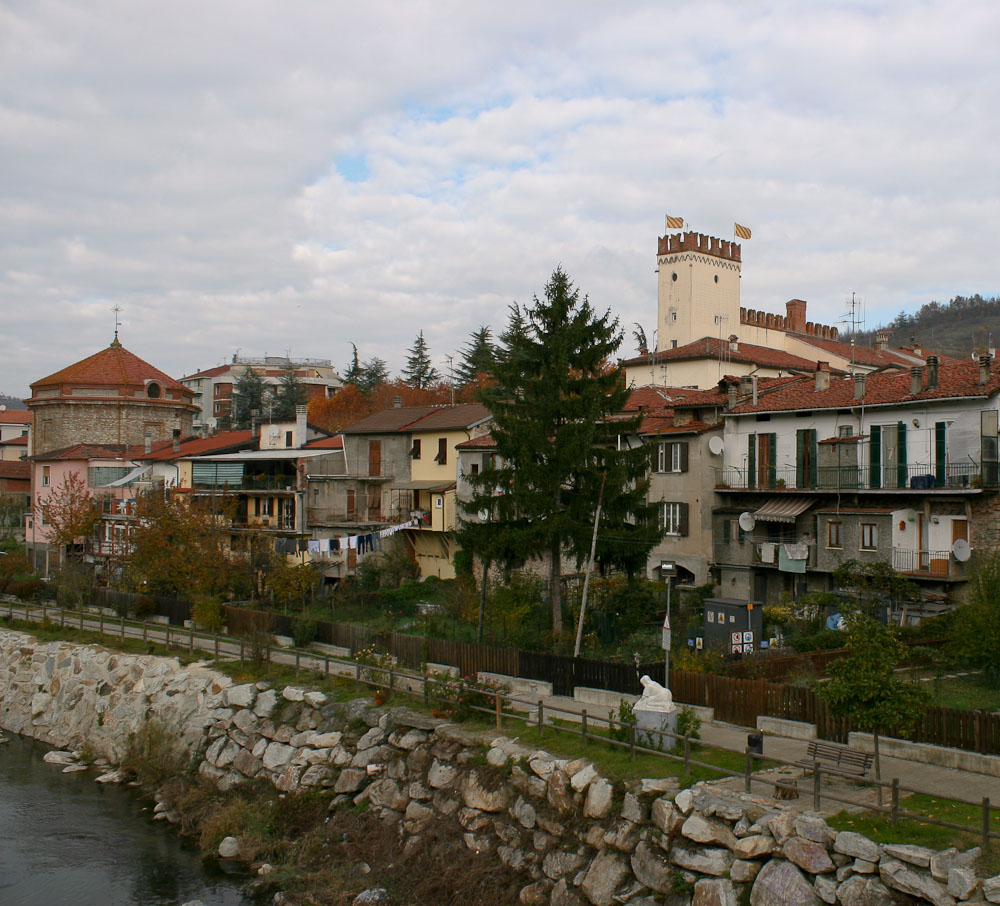 The municipality has taken over a fortified palace and uses it for public offices and exhibitions.

The Battle of Millesimo

In the 1796, a highly ambitious Napoleon Bonaparte had just been appointed commander-in-chief of the neglected Italian army and with a vulnerable and insufficient supply line along the French and Italian riviera, he wanted to gain access to the agricultural riches of the Po Plain. In order to do that he had to move inland and conquer the allied armies of Austria and Kingdom of Sardinia-Piedmont.

At that time Millesimo was under Austrian rule, and the town was strategically positioned on the route connecting the Ligurian coast with Piedmont. On 13 April 1796, there were a number of minor clashes between opposing armies in the area, until the allied forces retreated to the Castle of Cosseria, 2,5 km out of town. The castle was under siege and actively defended, but after a few days the enemy units ran out of ammunition, food and water and had to surrender.

Napoleon took temporary office in what is now a municipal hall, and wrote a not entirely accurate report named “The Battle of Millesimo” to the French government. Then the French advance inland could continue. 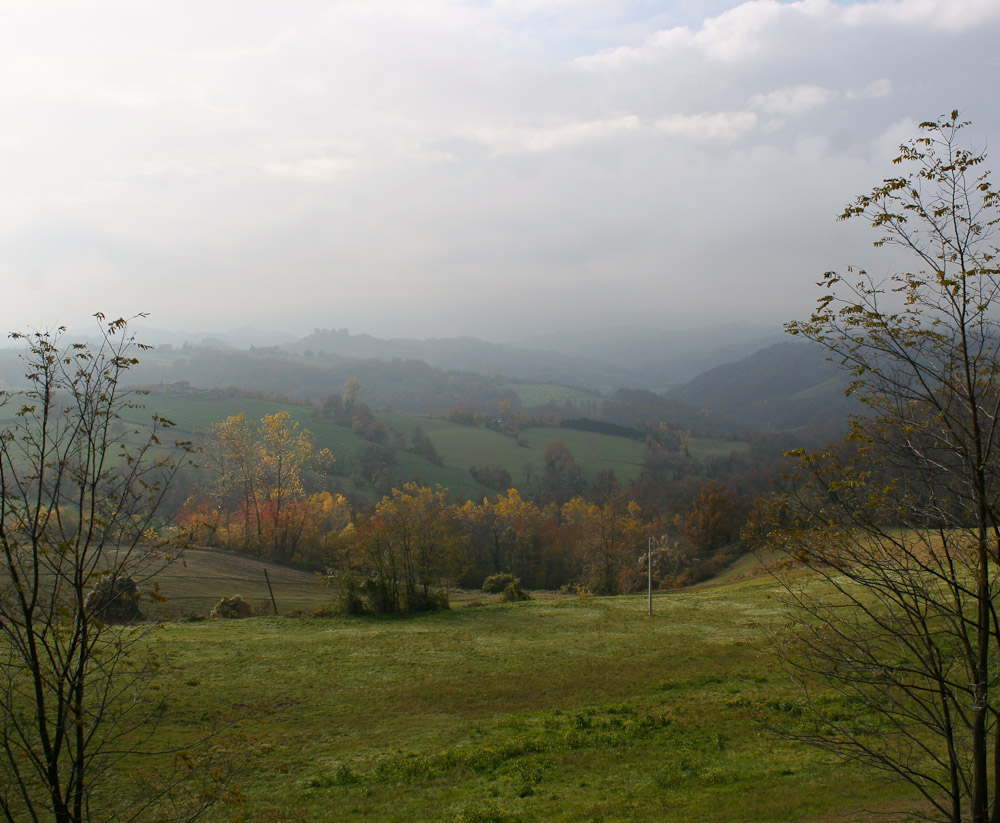 The landscape along the Napolean route from Savona north to Piedmont.

I didn’t notice any references to Napoleon’s brief stint in Millesimo 200 years ago, but plenty of promotion of Millesimo’s membership in the Borghi Più Belli d’Italia. As an official member in the club of the prettiest villages in Italy, Millesimo is committed to keeping a high standard of services, preservation and maintenance in order to ensure visitors a good quality stay.

So even though Millesimo is a tiny town with only 3.000 inhabitants, you’ll find a choice of hotels, restaurants, cafes, attractions and cultural events along with streets blocked for motorized traffic. And there are plenty of other castles and villages to explore nearby. Along with beautiful outdoor experiences.

The main attractions in Millesimo are the fortified palace that houses the municipality and varying exhibitions. The Millesimo Castle and the Castle of Cosseria, which is within walking distance of the city center. And of course, the Ponte Vecchio which is one of a few fortified bridges in Italy still in existence. 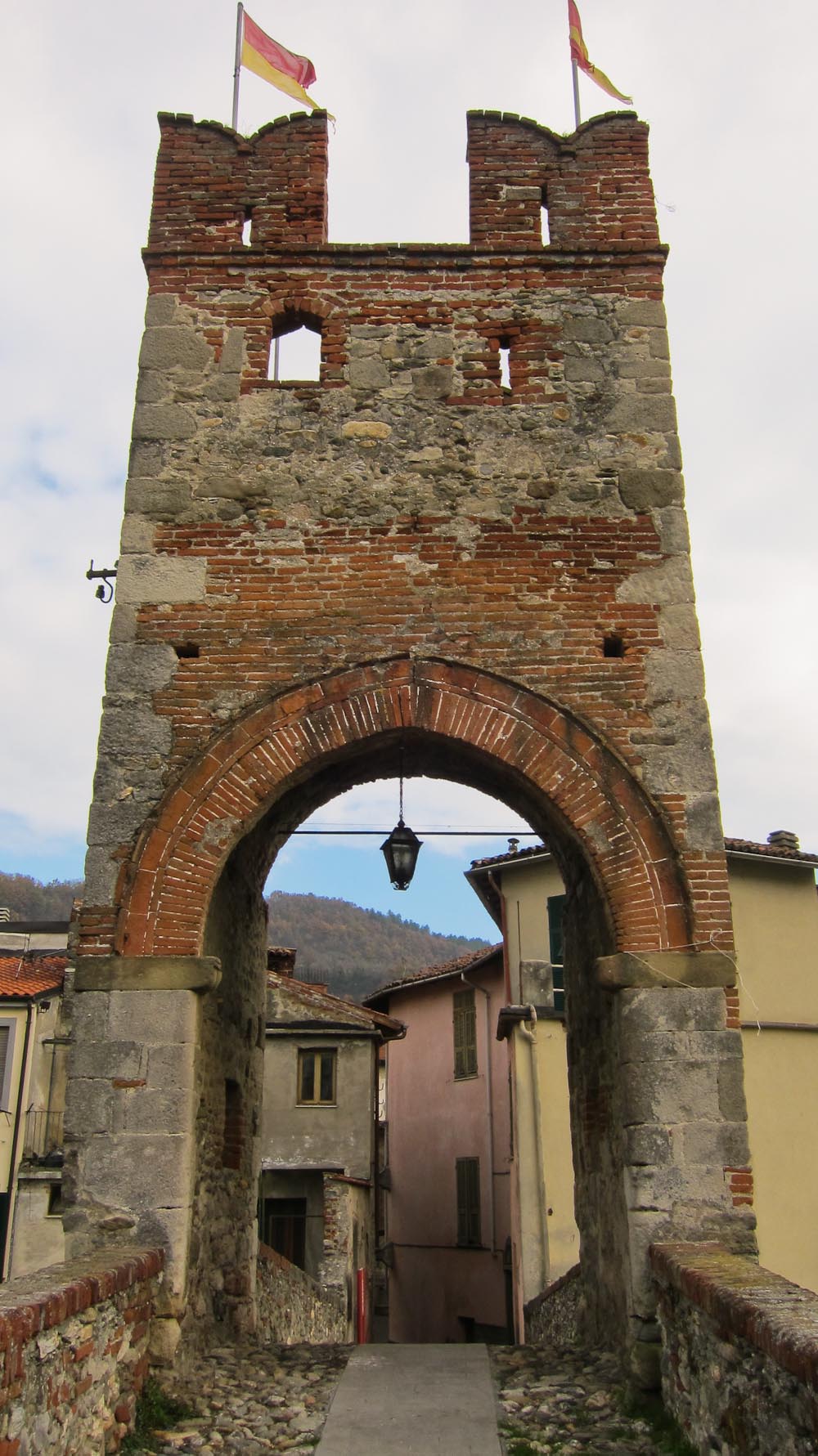 The Gaietta in Millesimo is one of the only fortified bridge in Italy.

Millesimo is a truffle town with an annual truffle fair for both white and black truffles, but other mushrooms grow in the surrounding wood-clad mountains. Try eg. porcini mushrooms from Bardineto or Calizzano.

Other local produce include chestnuts and the celebrated zucca di Rocchetta di Cengio. There’s also a wide selection of cheese and sausages, such as the ricotta Zuncata made from goat’s milk in the period from Easter to early June. This cheese resembles the giuncata made in other parts of Italy

For a quick snack, try sciaccarotti, which is a focaccia covered in tomato, garlic and basil. Gobeletti cake of puff pastry with a filling of apricot marmalade, or the rum filled chocolates known as Millesini al Rhum. 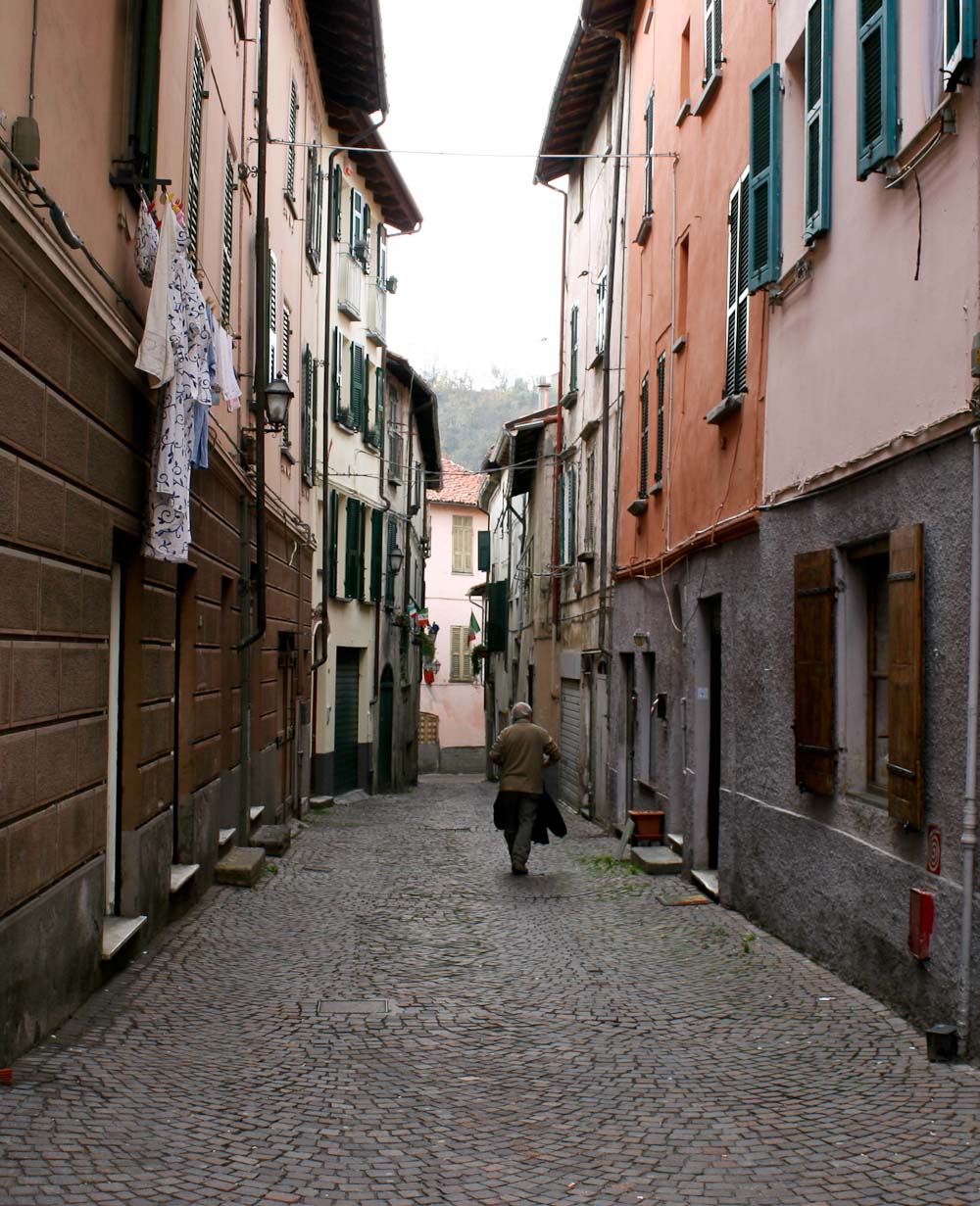 Peace and quiet characterize the village Millesimo in Liguria thanks to restrictions on motorized traffic in the historic centre.

There is a hotel in Millesimo and plenty of B&Bs and albergos in the surrounding area.