The art work extravaganze of the

The Ducal Palace in Mantova is an art work extravaganze with more than 500 rooms filled with paintings that span several centuries.

Let’s get this straight: I love art, history and posh palaces, but after a while my attention span begins to flicker and three hours later my mind goes blank. I suppose there is only room for a limited number of frescoes, gold-gilted ornaments, tapestries and marbled floors on my personal hard disc, before it experiences a capacity overload. At least, this is how I remember a recent visit to the Ducal Palace Mantua, and as the palace had a blogger hostile no-photos policy, I haven’t got much to help my memory along.

Portraits of every Gonzaga hunchback and ruler

Happily unprepared, we entered the enormous palace of the Gonzaga family and got lost in the complexity of more than 500 rooms that occupy an area of about 34,000 m² and span three periods, the late medieval, the Renaissance and the seventeenth century. Both Mantova and near-by Sabbioneta are listed as Unesco World Heritage due to their “exceptional testimonies to the urban, architectural and artistic realizations of the Renaissance, linked through the visions and actions of the ruling Gonzaga family”, and as the Ganzaga family’s home the Ducal Palace in Mantova is an important part of the package.

There were plaques in the walls commemorating where young girls had been decapitated. Portraits of every Gonzaga hunchback and ruler beginning with Luigi in 1328 and ending with the last duke in 1708. Impressive courtyards, lawns, flower beds and roof gardens with pet memorials. Grand reception halls with classical busts in niches, and under the ceilings cupids played among the signs of the zodiac. 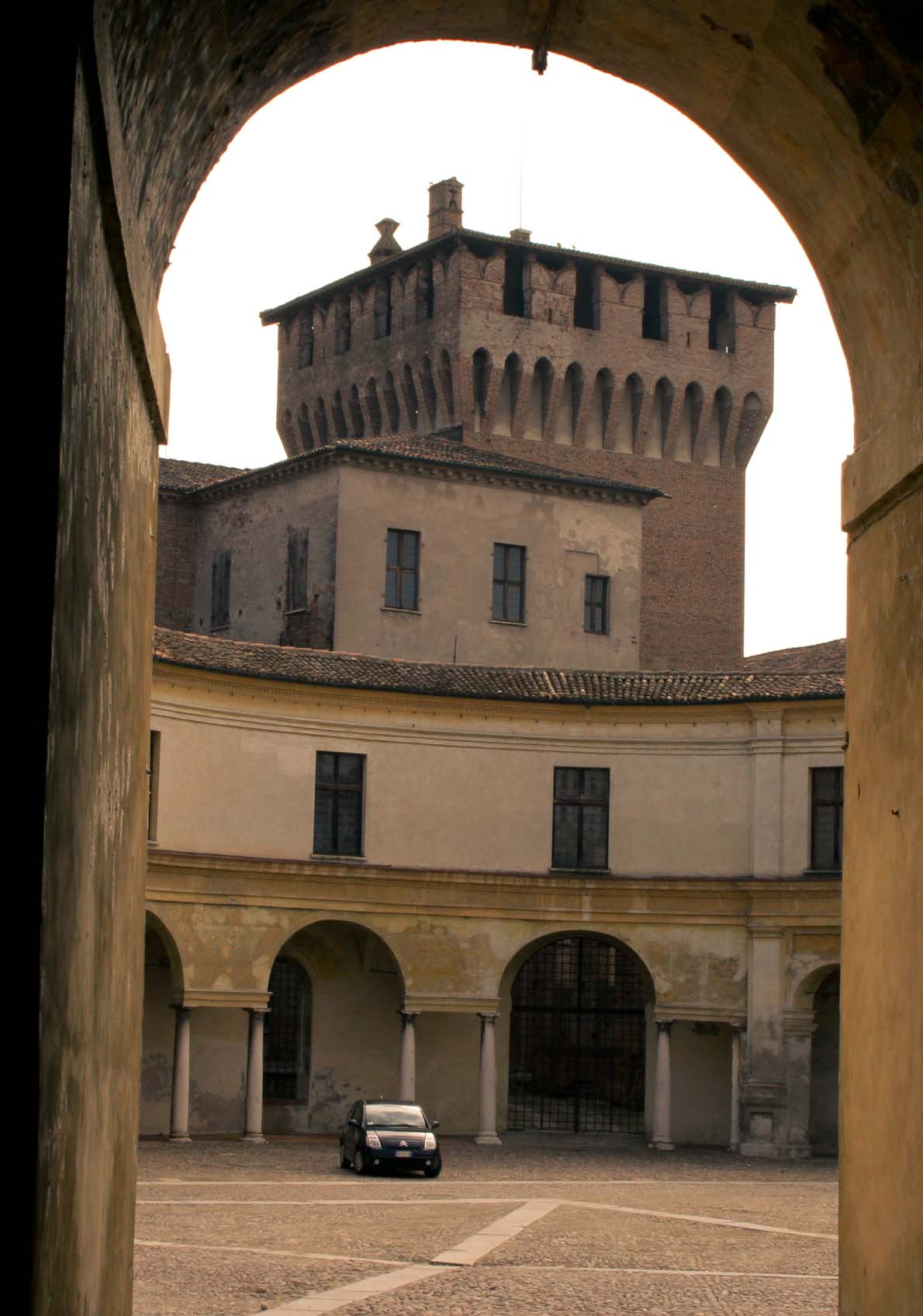 It’s hard to convey the attraction of the Ducal Palace in Mantova, when photography is prohibited. This is the Castle of Saint George that is connected to the palace by corridors and inner courts.

The home of Isabella

I hardly recall the three room apartment where “the First Lady of the Renaissance”, Isabella d’Este, had her sanctuary. Isabella was a famous collector and patron of the arts. She sponsored philosophers, poets, and painters, such as Titian, Raphael, Giovanni Bellini, and Leonardo Da Vinci. And she ruled Mantova with great cunning and skill, while her husband was captured and held hostage in Venice from in 1509-1512, and after his death in 1519.

Isabella d’Este left 2000 letters describing her moods, thoughts and activities, so posterity knows her pretty well. Most of the time she spent in the Ducal Palace in Mantova surrounded by her treasures, like the intricately carved ceilings and the walls decorated with mottoes and symbols. 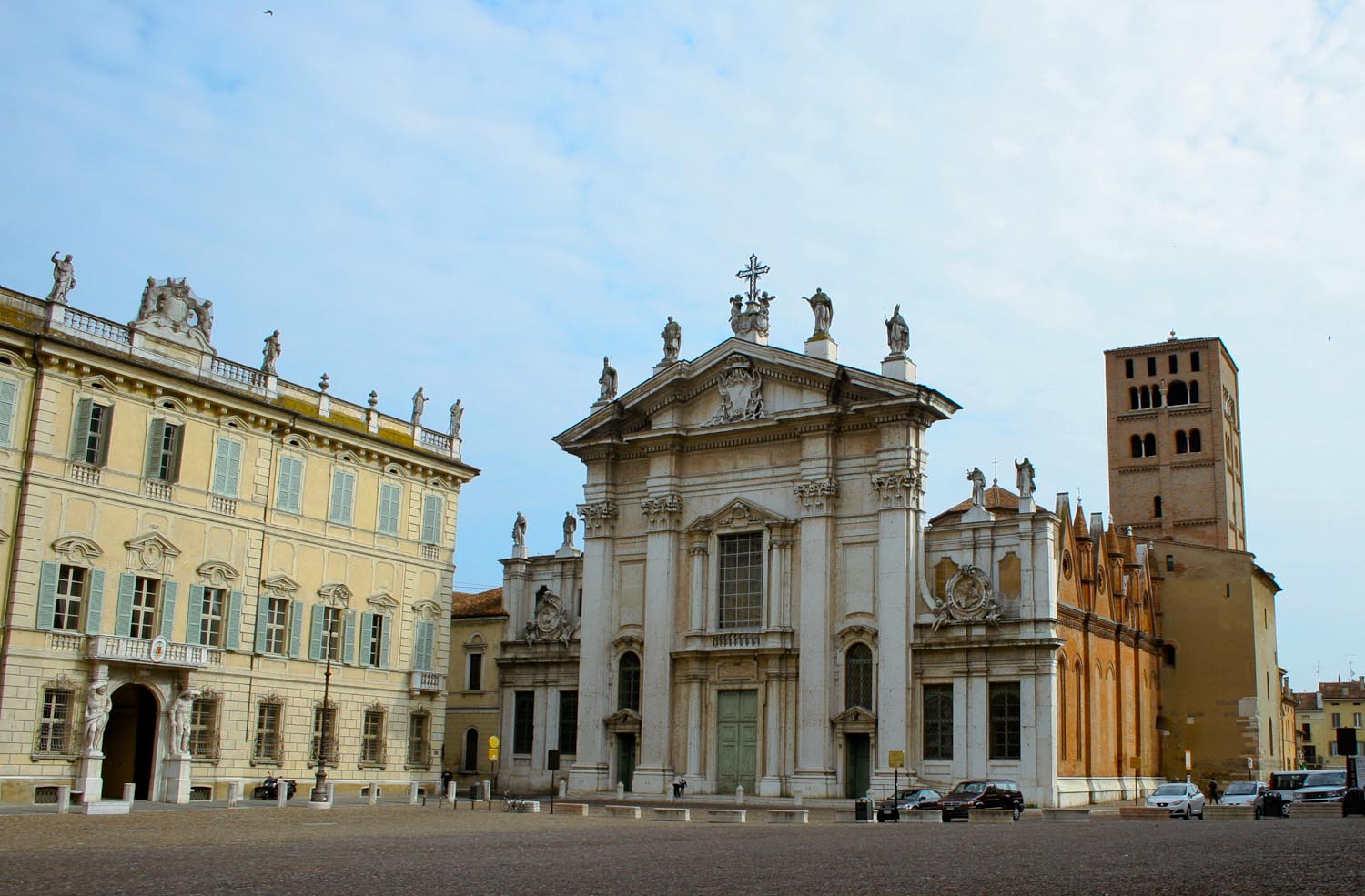 The main attraction in Palazzo Ducale it not, however, Isabella’s apartment, but the Camera degli Sposi. A bridal chamber Mantegna has covered with frescoes. Here you’ll see the famous oculus – or circular window – that gives the illusion of looking up in the sky through a balustrade occupied by fat, putti angles and other figures gazing down. It’s a great treat to see a painting know from innumerable reproductions in real life, and a good reason to linger in the bridal chamber, but when we had reached the corner tower of the palazzo, I had more or less had my fill and was getting restless. And I didn’t even see the curious dwarfs’ apartment, where everything is made to fit in a miniature scale to the dwarfs that were employed as companions and jesters for the dukes entertainment. Shame.

So next time I stop in Mantova, I’ll head straight for the bridal chamber and the dwarfs, before I get lost in an extravaganza of art and architecture.

Messina Port and the Blessing of a Golden Madonnina 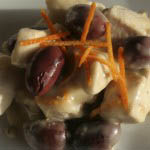 Chicken with olives
Scroll to top