Noto in Sicily is a delightful place to “lose your way … twenty times a day, and turn up again, under the most unexpected and surprising difficulties.”

“It is a place that ”grows upon you” every day. There seems to be always something to find out in it. There are the most extraordinary alleys and by-ways to walk about in. You can lose your way (what a comfort that is, when you are idle!) twenty times a day, if you like; and turn up again, under the most unexpected and surprising difficulties. It abounds in the strangest contrasts; things that are picturesque, ugly, mean, magnificent, delightful, and offensive, break upon the view at every turn.” 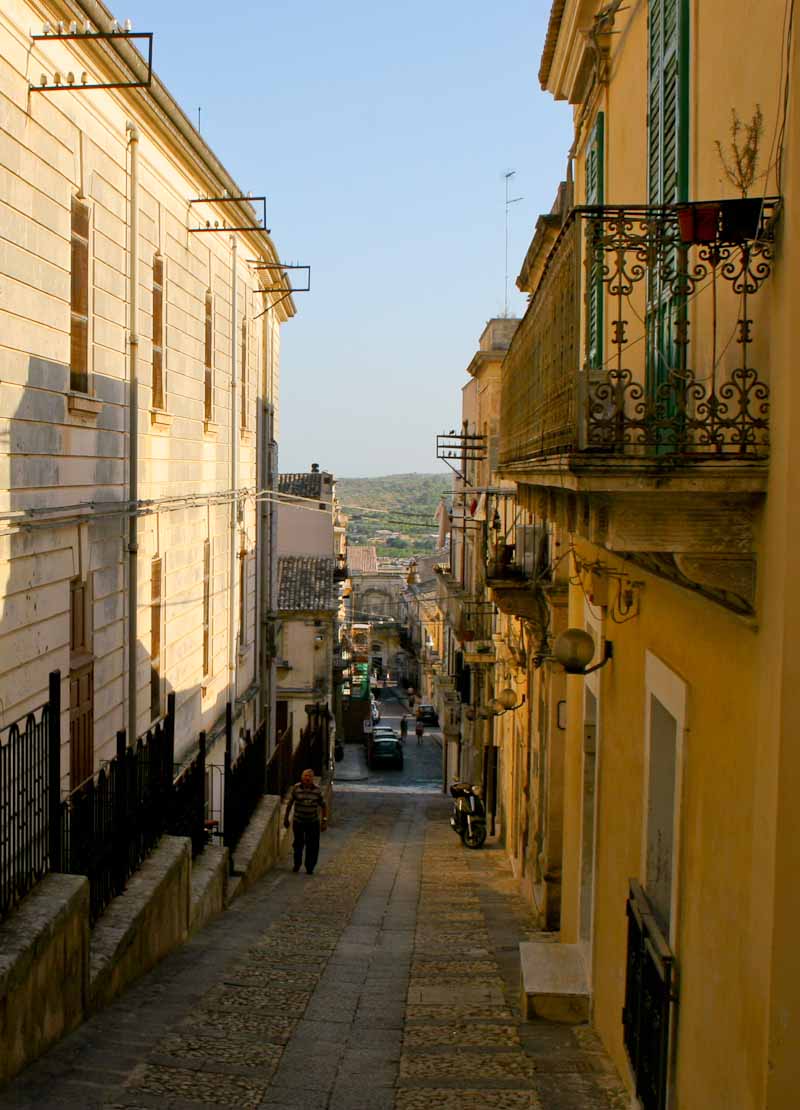 Noto is much bigger than it initially seems, when you are trying to recover a lost car.

A maze of golden stone

And though more than 150 years have passed since then, the observation still rings true and reminds me of a visit to Noto on Southeastern Sicily. Noto is part of the ‘Great Sicilian World Heritage Tour’ thanks to its golden baroque architecture and a walk up and down the main street is truly impressive. We had parked the car in big parking lot outside the town centre and walked a few streets and innumerable steps before we found ourselves among a line of magnificent, golden churches, which we explored for a couple of hours.

Towards evening it was time to return to the car, and after mounting flights of steps, turning corners and stopping for a quick slice of pizza margherita at a very local bar, the carpark should be within sight. Only it wasn’t. All the residential streets with their low white houses looked exactly identical, and you kept thinking that up this hill or down that road, there will be a wider outlook, but no. The small town seemed like a regular maze.

A kind elderly woman tried to help, but it is difficult to give directions to an unknown place, and with three big parking lots in different parts of the city there was no obvious way out. 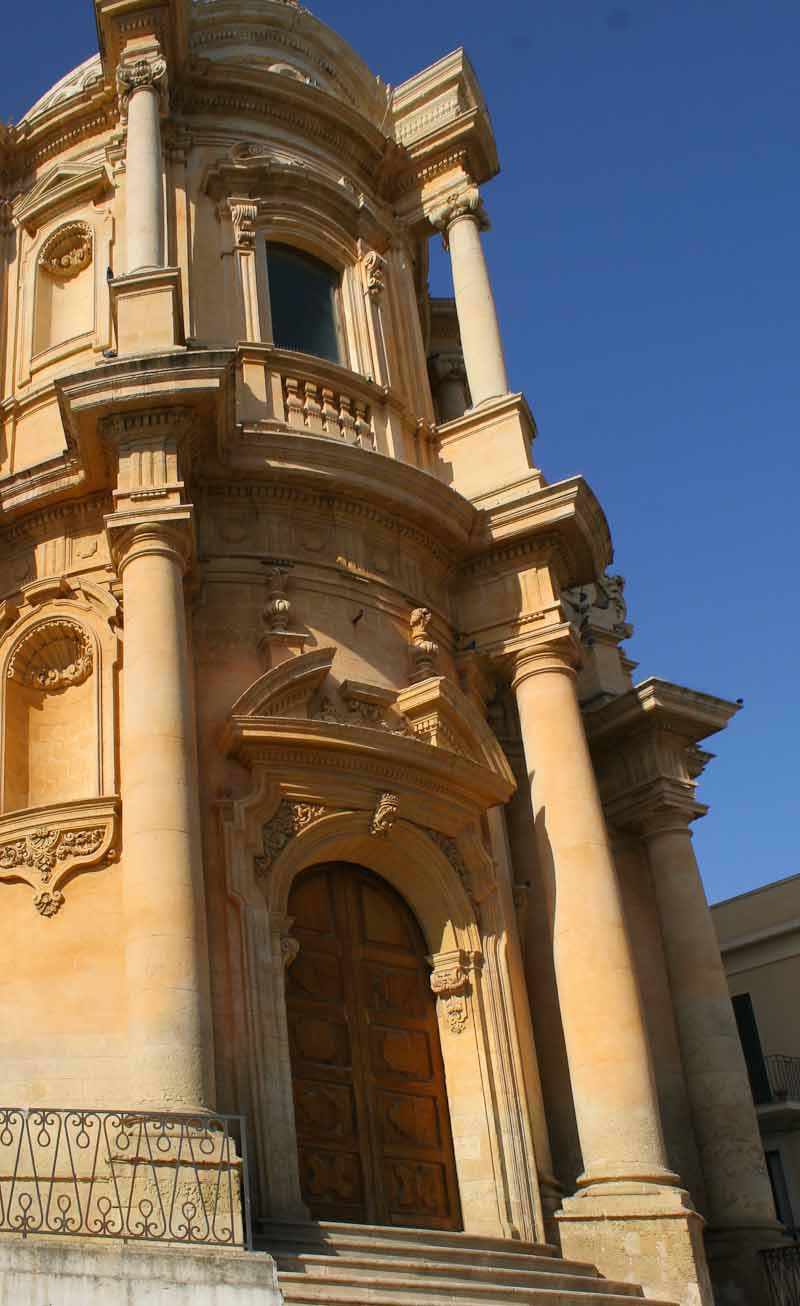 Baroque buildings in golden sandstone line the streets of Noto

Musing on the dilemma the woman became very talkative and gave us a brief history of Noto along with a personal account of the former Pope’s visit to the town, while we tried to retrace our steps. She also seemed to recall a visit from the Danish Queen, who was very artistic and considered buying a palazzo in the area, and encouraged us to return for the Infiorata May, when flowers cover the streets, but by then my feet were so sore, I had stopped listening.

Before parting the woman pointed us in the direction of the cathedral, and going back the way we had come, we finally found the car, just one hour late for another appointment.

Palladio bridge over the river Brenta
Scroll to top