Lo Schiaffo Restaurant in Anagni is listed with two forks in the online Michelin guide. But still it is very much a local kind of place.

You can’t always judge an Italian restaurant by its front. Lo Schiaffo Restaurant in Anagni, Lazio, lies hidden in the nook of an alley. A yellow and brown sign reveals the name of the establishment, but there are no  updated menus or other kinds of promotion outside, and you can’t look inside without entering. The only indication that this is a good eaterie comes from the number of accolade stickers on the front door.

But in spite of the lack of outdoor publicity, all tables fill up over the evening. And judging from the greetings and hugs exchanged every time someone enters, most guests this evening were local.

We started our visit with water and homemade bread baked with blended dried tomatoes that gave a peculiar metallic taste to the bread. Moments later an eminent bottle of the local Cesanese del Piglio DOCG was brought to the table, while we studied the menu.

For starters we tried artichokes with mozzarella, crisp fried pancetta and a potato pure and baccalà with potatoes and a pecorino cream sauce, which was a dish I’ll work hard to copy, Both very substantial starters with sublime taste, but I regret I didn’t ask for a mix of antipasti. This wasn’t mentioned on the menu, but several of the other tables were having something of the kind, so I’m sure it would have been possible. 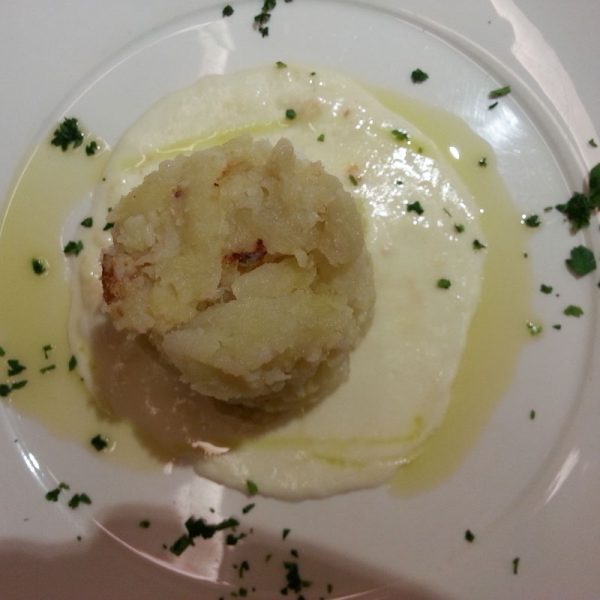 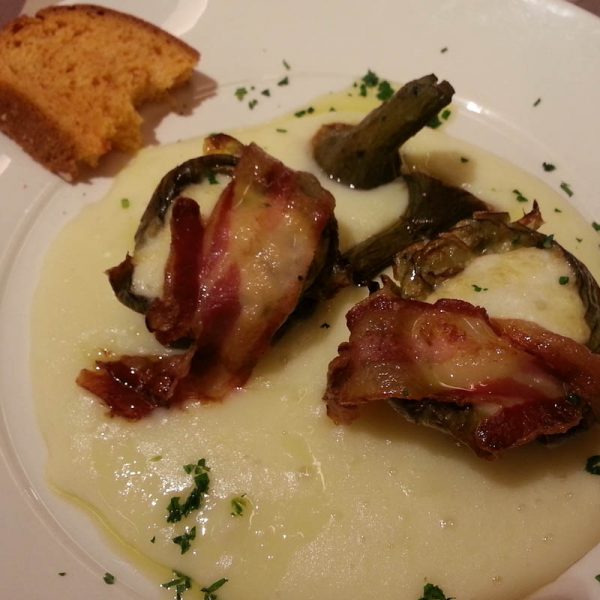 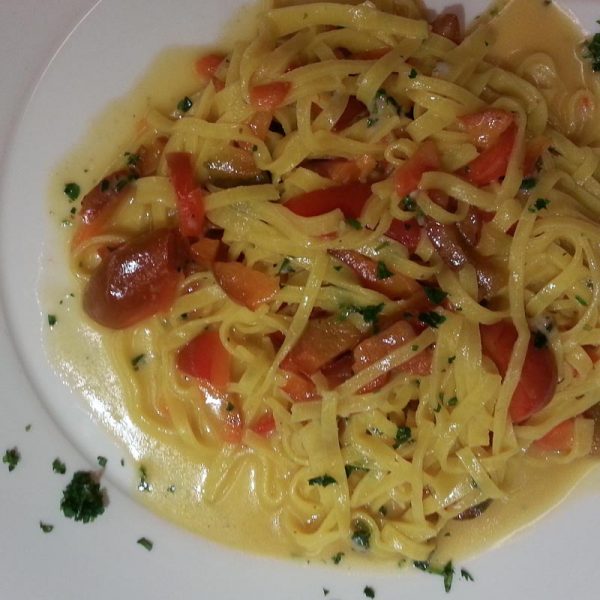 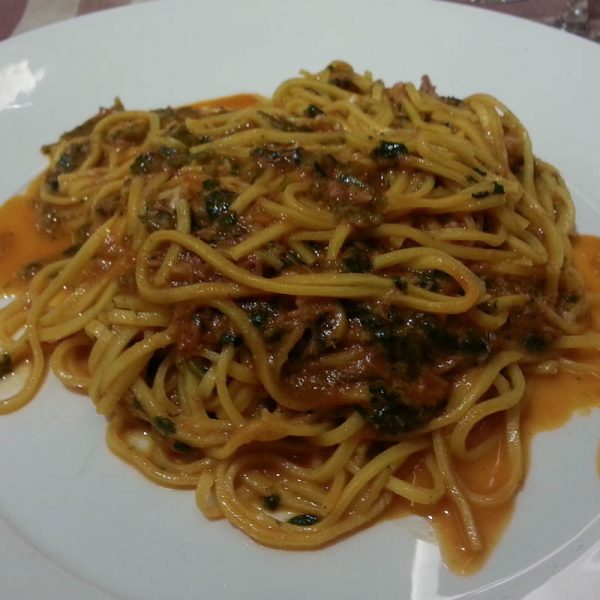 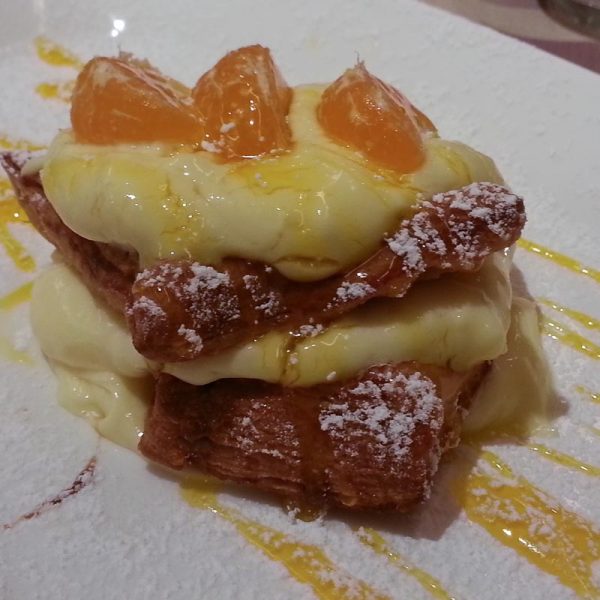 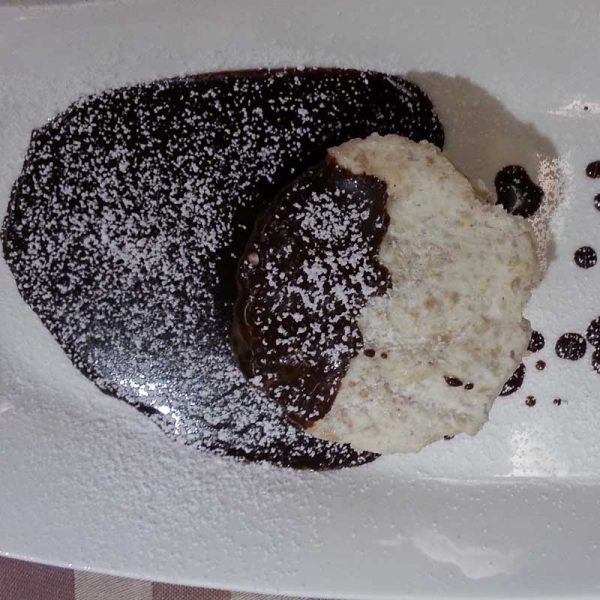 One of our primi piatti consisted of fini fini pasta with lamb and cicoria sauce. The meat was slow cooked and very tender and pure tasting, as if it had been prepared without such additives as onion and wine. The other pasta course was linguine with sweet peppers. Again very simple and pure in order to underline the overwhelming sweetness of the peppers.

One Dish and Two Plates

We had one main meat dish which was capocollo with grilled radicchio and chestnut honey. Again the pork was so moist and tender it would melt in the mouth. And although we had ordered only one dish, the waiter automatically brought two plates and an extra knife and fork.

Desserts consisted of a semifreddo bread pudding with chocolate sauce and millefoglie with mandarin cream and caramel sauce. We finished the evening with espresso and grappa and a bill of 93 euro. A regular bargain considering the service and the quality of the food. I’ll definitely go back to Lo Schiaffo Restaurant in Anagni, when I get the chance.

Why Visit Anagni – The City of Popes? 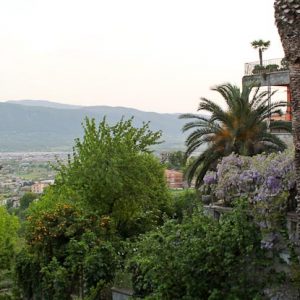 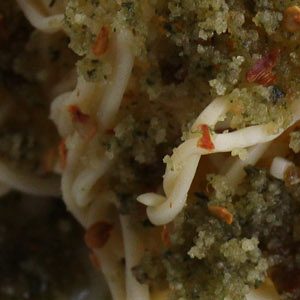