The Two Leaning Towers of Bologna

While the leaning tower of Pisa is one of the world’s greatest attractions, the two leaning towers of Bologna present more of a fitness challenge.


Citizens from Bologna like to drag tourists up one of the city’s two leaning towers as one of Bologna’s main tourist sights. The 498 steps up to the marvellous views from the top of Torre degli Asinelli may not sound insurmountable, but the staircase is stuffy, steep and narrow. You have to edge past people heading in the opposite direction. And when they keep saying, you are almost half way up, you are excused for not being willing – or able – to laugh at the joke. 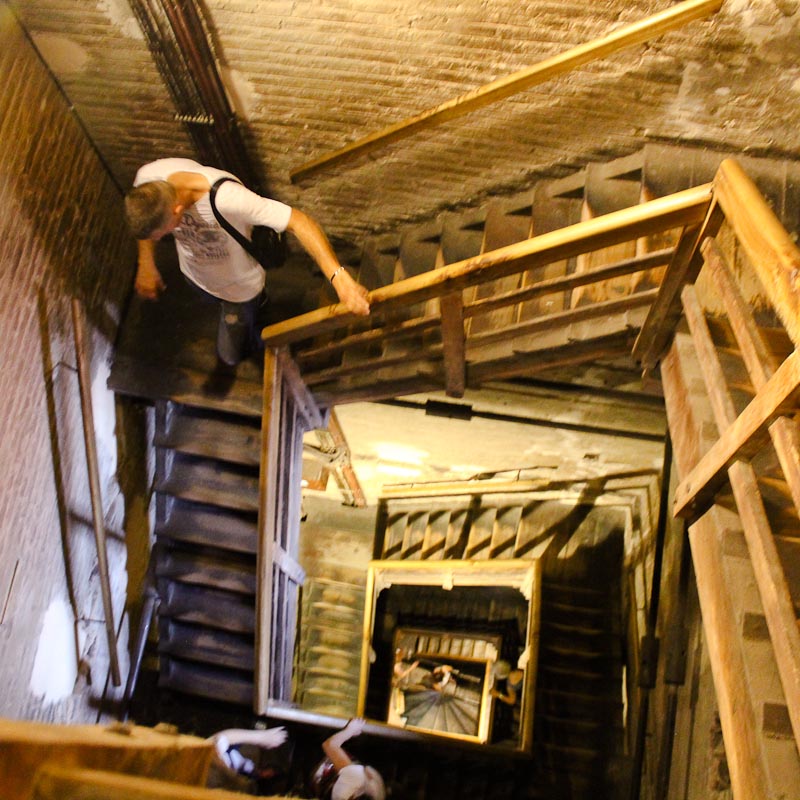 The staircase that goes on and on until you finally reach the top.

Torre degli Asinelli is 97.6 metres high, which is more than twice the height of Rundetårn in Copenhagen. And you can climb right to the top in spite of the 1.3 metre lean. That is a third of the lean found in Pisa. And in the neighbouring Torre Garisenda. 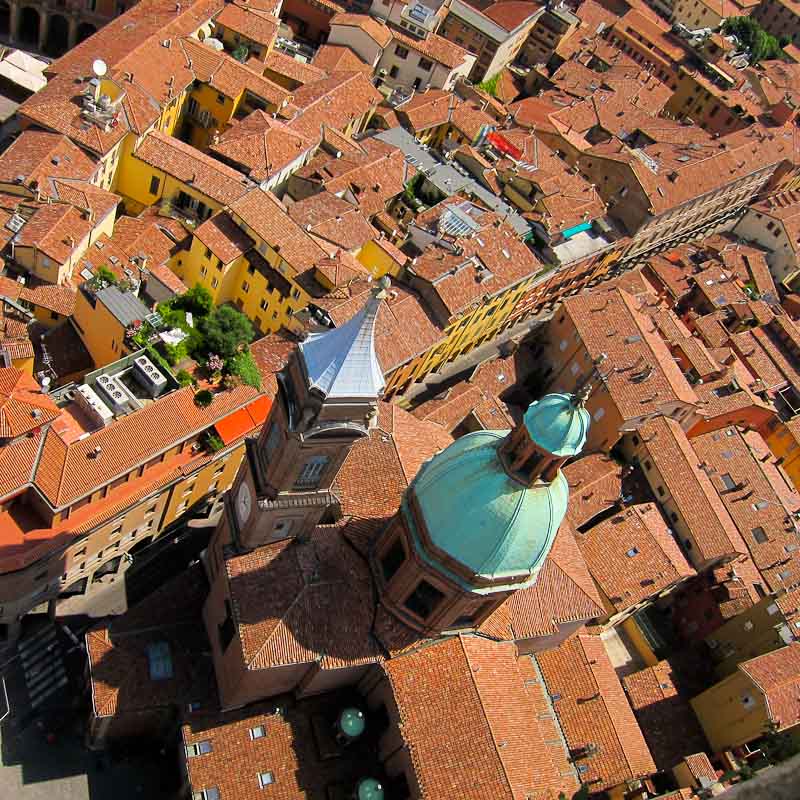 The two leaning towers in Bologna were built in 1109, at a time when leading families made their mark on the city by raising a tower. The taller the mightier. In the Middle Ages there were a total of 180 such towers in Bologna, but only a dozen have survived. Two of these survivors are Torre degli Asinelli and Torre Garisenda on Piazza di Porta Ravegnana. They were built by the families whose name they bear, but the foundation of Torre Garisenda proved too weak. In consequence the tower was never finished, and in the mid 14 th century Torre Garisenda was shortened to half size. This may have saved it, and both towers are still standing with a distance of only a few metres between them.

Torre Garisenda cannot be climbed, so you have to ascend all the way to the top of Torre degli Asinelli if you want to enjoy the view of all the straight streets and red tiled roofs of Bologna. I found it well worth the effort. But I’ll only do it once:) 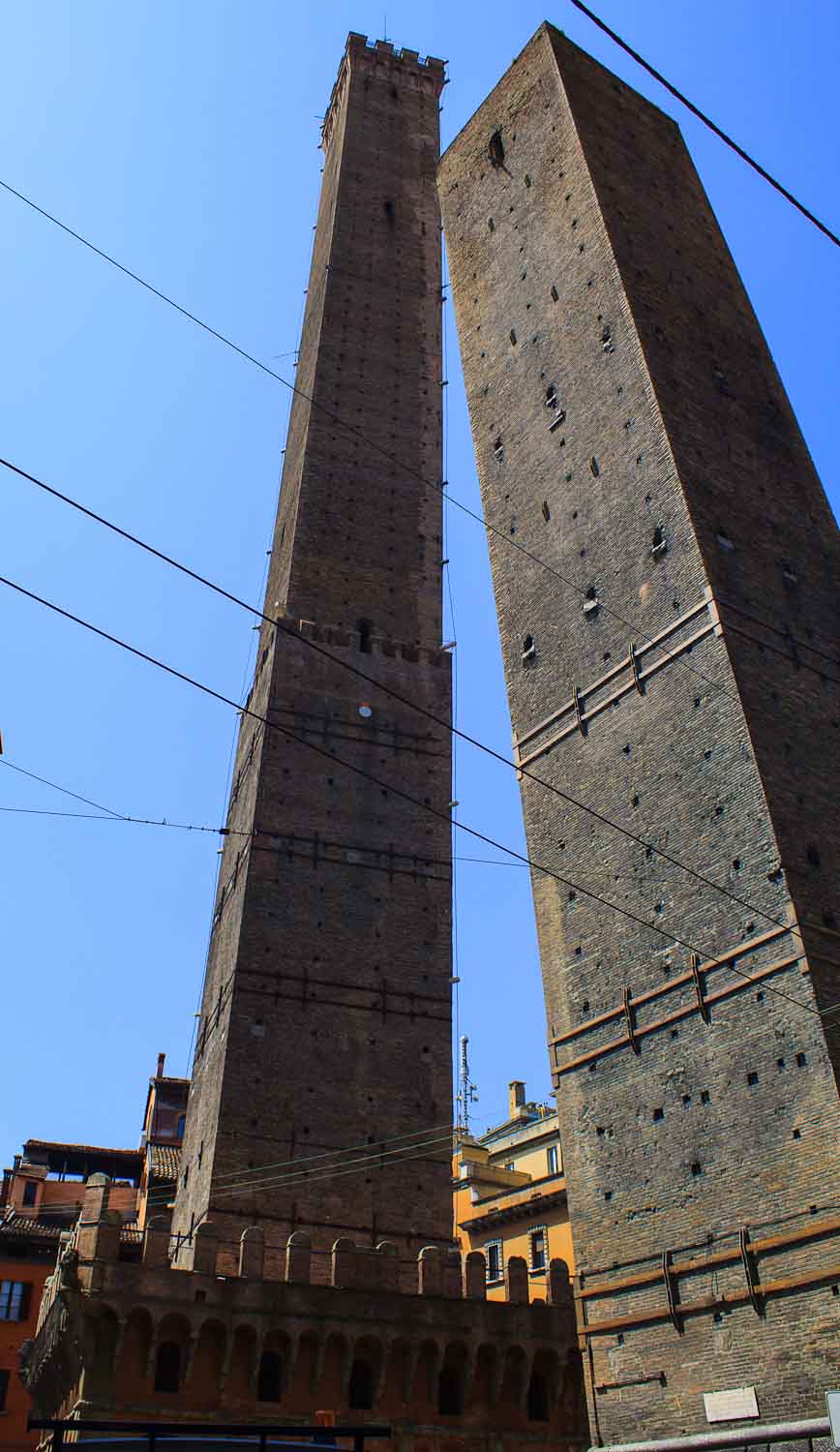 The two leaning towers of Bologna seen from the street.