Explore the southern tip of Sicily

Capo Passero in the Syracuse province on the Southern tip of Sicily is a sun-drenched, arid region with ancient pockets of culture and patches of green. An interesting landscape waiting to be explored.

It is hard to imagine a more ideal holiday destination than Sicily. An island that combines good food and relaxation with stunning beaches, charming towns, ancient history and incredible scenery. Sicily has it all. Including great hiking grounds

A personal favourite are the landscapes of the Southern tip of Sicily. In the Syracuse region the scenery oscillates between ordinary and interesting. Along the cost are sandy coves, wide open beaches, protected rivers and marshland. Inland the Hyblaean Mountains hide deep limestone canyons in a series of green rolling hills.

If you bring your hiking boots and take the highway south from Syracuse towards the cape, you will cross the mouth of the Cassibile river. An up to 250 m deep canyon and natural reserve that stretches 10 km into the land. In summer the river becomes more of a stream with cute lakes and waterfalls and vegetation that includes rare orchids and other pretty flowers. Animal life comprises colourful insects, birds of prey and reptiles like the European ratsnake. In addition, there are archeological excavations of cave dwellings and necropolis tombs in the area. 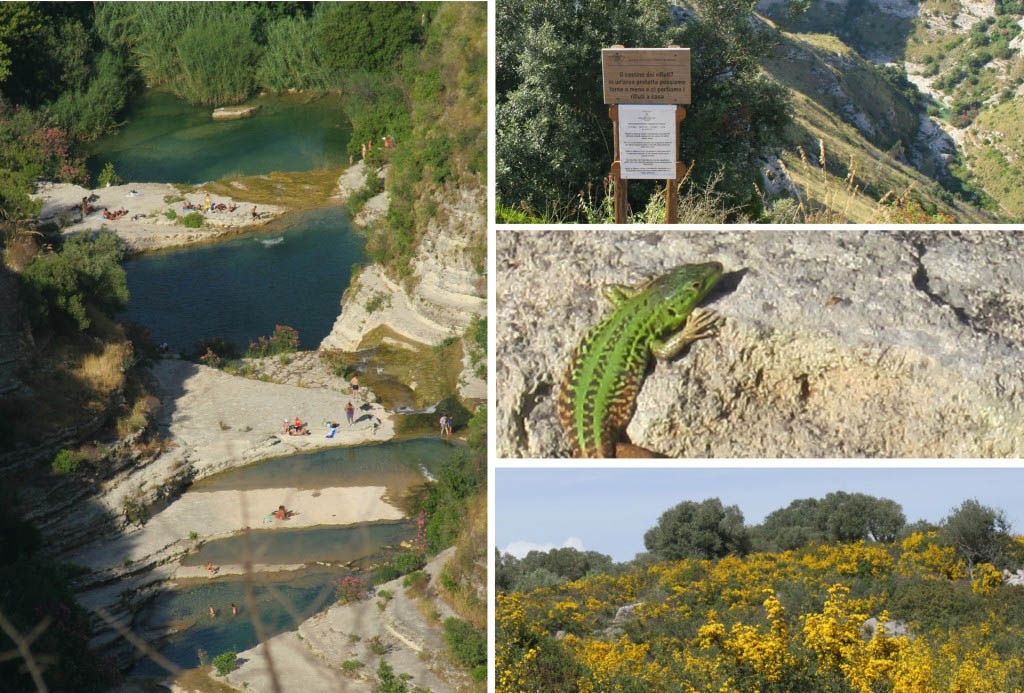 Further south you’ll reach Europe’s southernmost marchland. Another protected natural reserve known as Vendicari, where you can explore the marshes and lagoon, if you get tired of the uncrowded beaches. Migratory birds such as duck, storks, herons and flamingos dominate the wild life, but there are also a wide variety of snakes, frogs and small mammals. You have to be quite lucky to see the animals though, and even experienced bird watchers cannot be guaranteed a sighting. Instead you can enjoy the wide range of edible and fragrant plants like sea fennel, wild thyme, rosemary and lavender and a scattering of ancient Greek and Roman sites.

Driving inland you reach the Hyblaean Mountains. Though not very high, narrow hairpin roads in a permanent state of decay give the hills have an atmosphere of seclusion, but if you follow corkscrew road up to Avola Antica you will be rewarded with a breathtaking view of the sea and the various landscapes of Sicily. 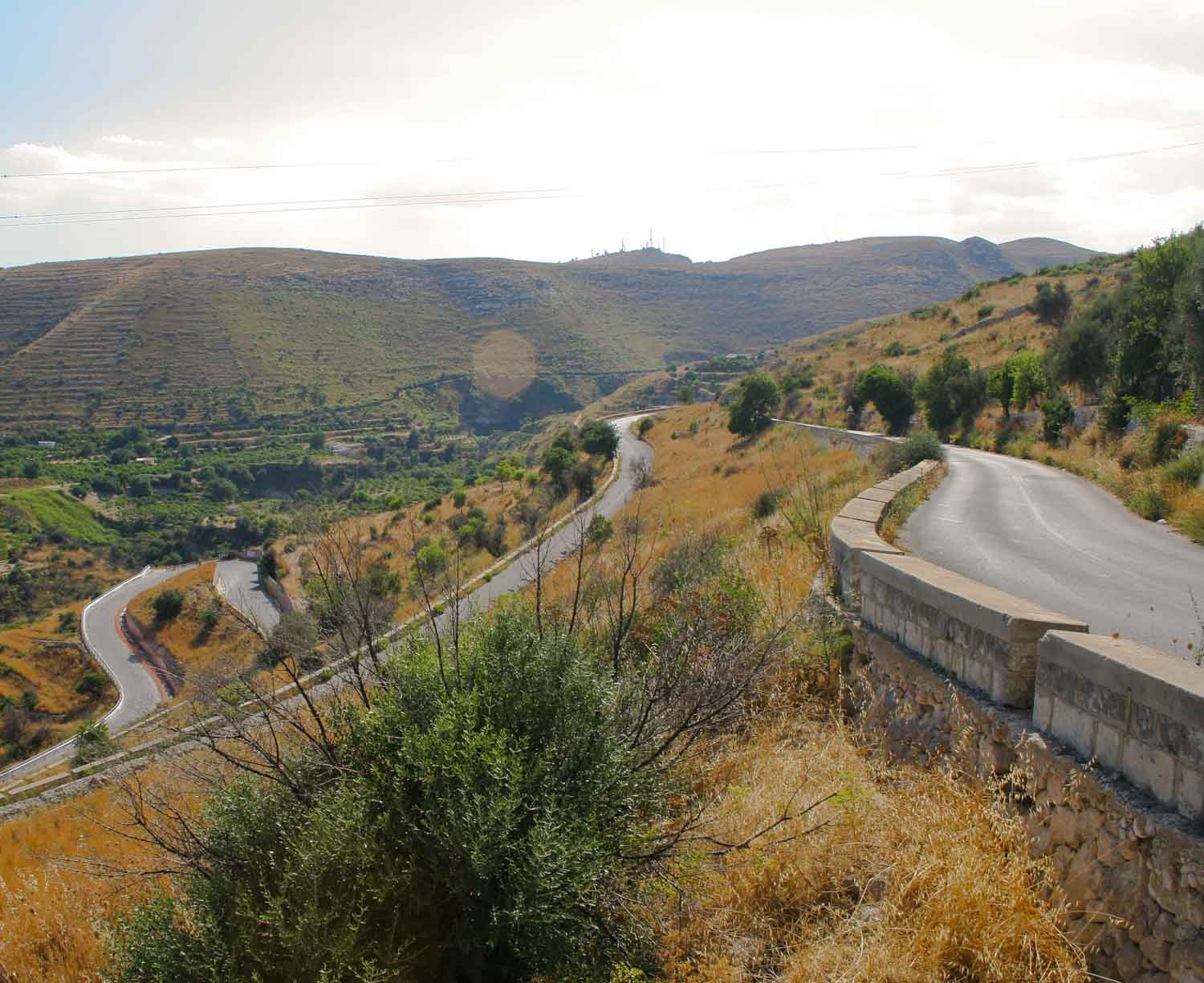 Even with moderate elevation there are plenty of hairpin bends.

If you are exploring the Southern tip of Sicily, you might also want to see

5 foods in Sicily you must try

The colourful traditions of Palazzolo Acreide

Speck rolled with cheese and walnuts