The Lakes of Lucania

The dry and dusty landscape of Basilicata is not normally associated with inland waterways, but there are a few, although the lakes of Lucania are a fairly recent installation.


The old – and still preferred vernacular – name for Basilicata is Lucania. A name that holds the light, the wolf and a sacred wood in its roots. Today the woodlands have long gone and been replaced by the scenic equivalent of a pug. Most of Lucania comes across as a worried, wrinkly landscape, where deep folds and crevices hide a not particularly fertile soil and one of the lowest population densities in Italy.

Perhaps it was this undertow of hunger and hardship that made me feel slightly uneasy, the first time we came across one of the three main lakes in Lucania. I remember the water being an envious tone of emerald green, the silhouette of a dead tree which constituted the only vegetation by the water’s edge and the total silence and solitude encompassing the place. There was something unnerving and unnatural about that lake that I could not decipher.

I later found an explanation in the fact that most lakes in Lucania are artificial, and last year we did a lake tour in the region in an attempt to identify what makes these lakes so peculiar. 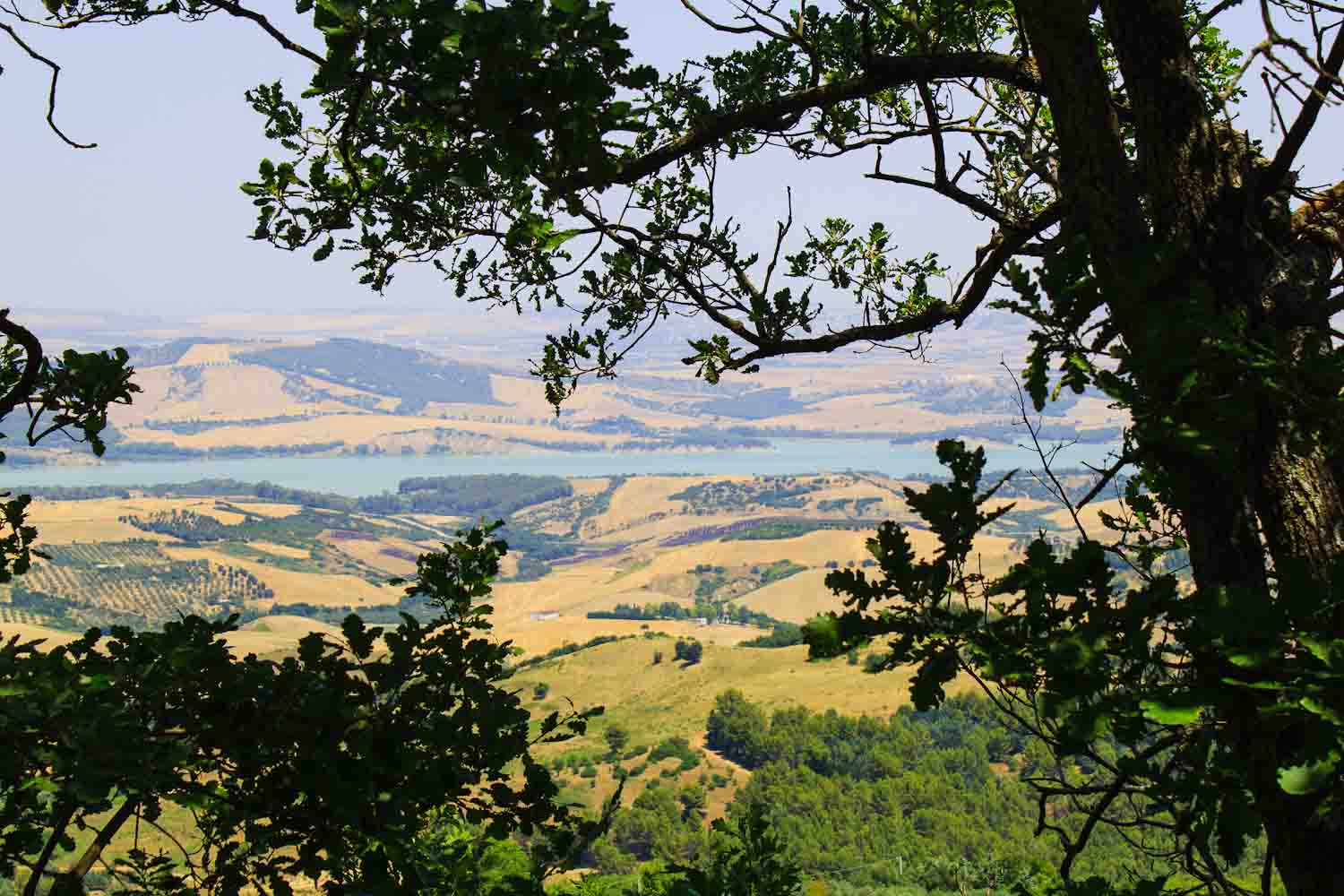 The first lake, we visited, was San Giuliano, a natural reserve 15 km SW of Matera, constructed in 1950-1957 by building a concrete gravity dam over the river Bradano. The project was funded by the Marshall Plan with the aim to ensure water resources storage for utilization in agriculture and industry, and as such it has nourished the economic growth and development in Basilicata and Puglia over the last 70 years.

I had heard about the discovery of a fossilized whale skeleton from the Pleistocene on the shores of the lake and read there should be a hiking track from Miglionico to the reserve, but as often in the south the route was unmarked and impossible to find, and it’s not particularly fun to get lost among the wheat fields in the height of summer. Instead of hiking, we drove along the Appian Way and enjoyed a view of the lake in the distance. Again I was struck by the colour of the water combined with a general lack of habitation. There are a few agriturismos in the area and the undulating hills surrounding Lago di San Giuliano are cultivated, but I still felt deserted. Regrettably, I did not get a chance to pursue the feeling, as there there were warnings of road erosion ahead. We turned our back on the oasis and WWF protected birdlife and headed for firmer grounds. 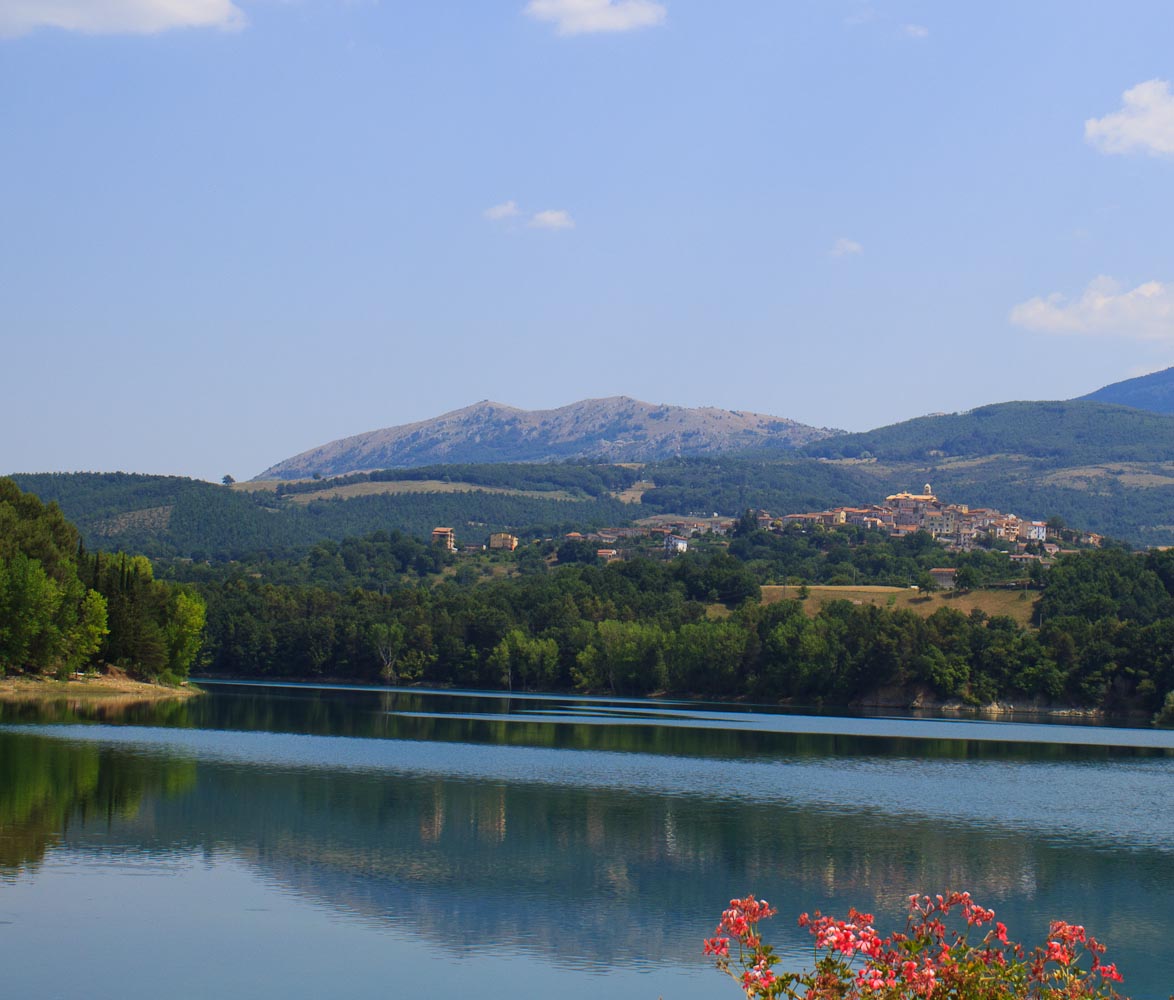 View of Grumento Nova on a hilltop overlooking the lake

The next lake we visited in Lucania was Lago di Pietra del Pertusillo near the Roman city Grumento and its comtemporary manifestation Grumento Nova. Here we actually managed to find a welcoming restaurant by the lakeside, where they served bruschetti with mushrooms and peperoni cruschi along with a selection of local sausages and cheeses. There were a few other families, who had come out for their Sunday meal, but the place had a tired after party atmosphere although all traces of wedding parties and discos had been cleaned out.

The lake, however, was beautiful, bordered with lush green tree, tiny hills and the Grumento village in the background. Lago del Pertusillo was constructed between 1957 and 1962 when a dam was built over the river Agri. According to the locals the lake is rich on trout, eel, carp and aborella, but this Sunday all the anglers had chosen different playgrounds.

It’s funny to think that the great military commander Hannibal chose this place as his headquarters for at period during his campaigns in Italy and that the Carthaginians were defeated by the Romans at the Battle of Grumentum in 215 BC.

After lunch we walked by the lake side to the end of the path, before we had to turn around. Val d’Agri would like to become a recreational area, and the lake has some potential, but emigration has decimated the local population, and tourists have not yet discovered this part of Italy. 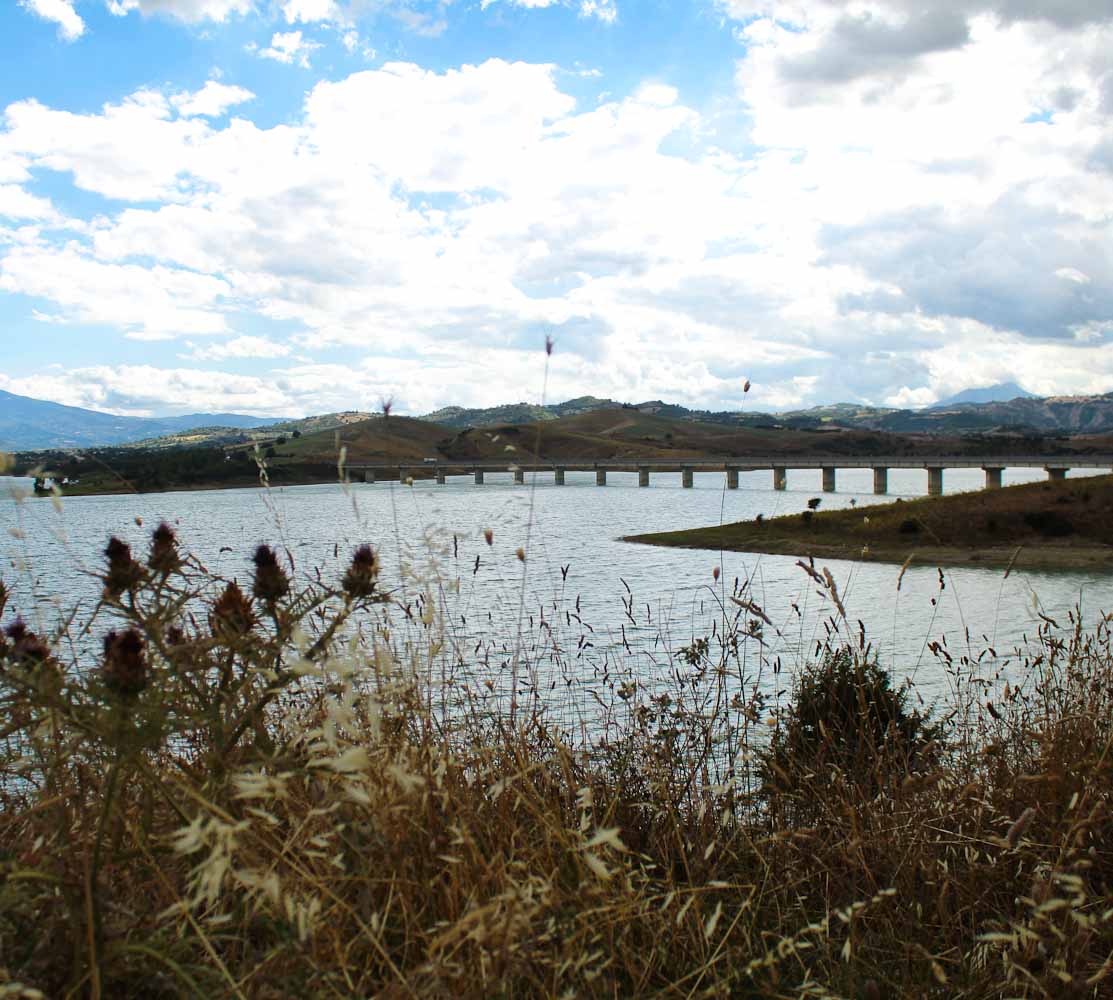 We ended our tour of the lakes of Lucania by Lago di Monte Cotugna. This dam was built in 1970-1982 and it is the largest of its kind in Europe. This was the mystic green lake with the dead tree I remembered from a previous tour many years ago and it was a location handsomely featured in a Mercedes commercial in 2016.

This time we wanted to explore the structure and went right out on the dam blocking the water. It was an unusual overcast day for this time and place, so the water had lost most of its colour and luster, but there were still no people around. We walked around for a while and tried to take an interest in the cracked and crumbling tarmac, the blackened and unfinished concrete structures and the massive water pipes leading water to the industries and farmlands in Puglia. There are several walking trails in the area and sunset over the lake should be magnificent, but it is evident that the Lago di Monte Cotugno was constructed for industrial purpose and not as a tourist attraction. Perhaps that’s what makes the silence at once fascinating and uncanny. 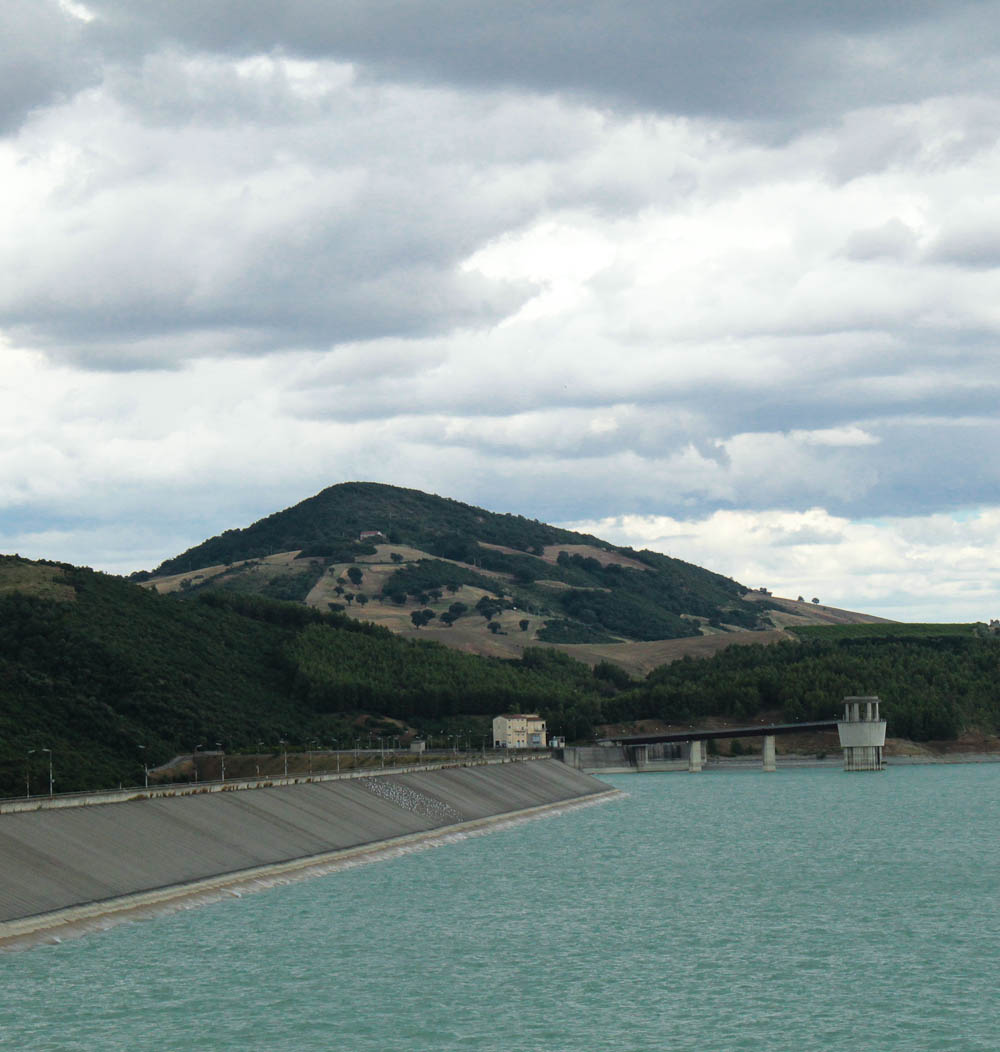