Padlocks have become a lovers’ ritual as trivial as the coins thrown into the Trevi Fountain. In Italy you can’t see a river without love locks.

It all started with Federico Moccia’s novels ‘Tre metri sopra il cielo’ and ‘Ho voglia di te’ and the movies of the same names. Young Italians got caught by the padlock fad, at a time when padlocks as a symbol of love had already been known over large parts of the world for years.

In the film ‘Ho voglio di te’ from 2006 the young lovers write their names on a padlock and chains it to a lamppost on Ponte Milvio in Rome. They then proceed to thrown the key into the Tiber, as a symbol of unbreakable love. Cute. 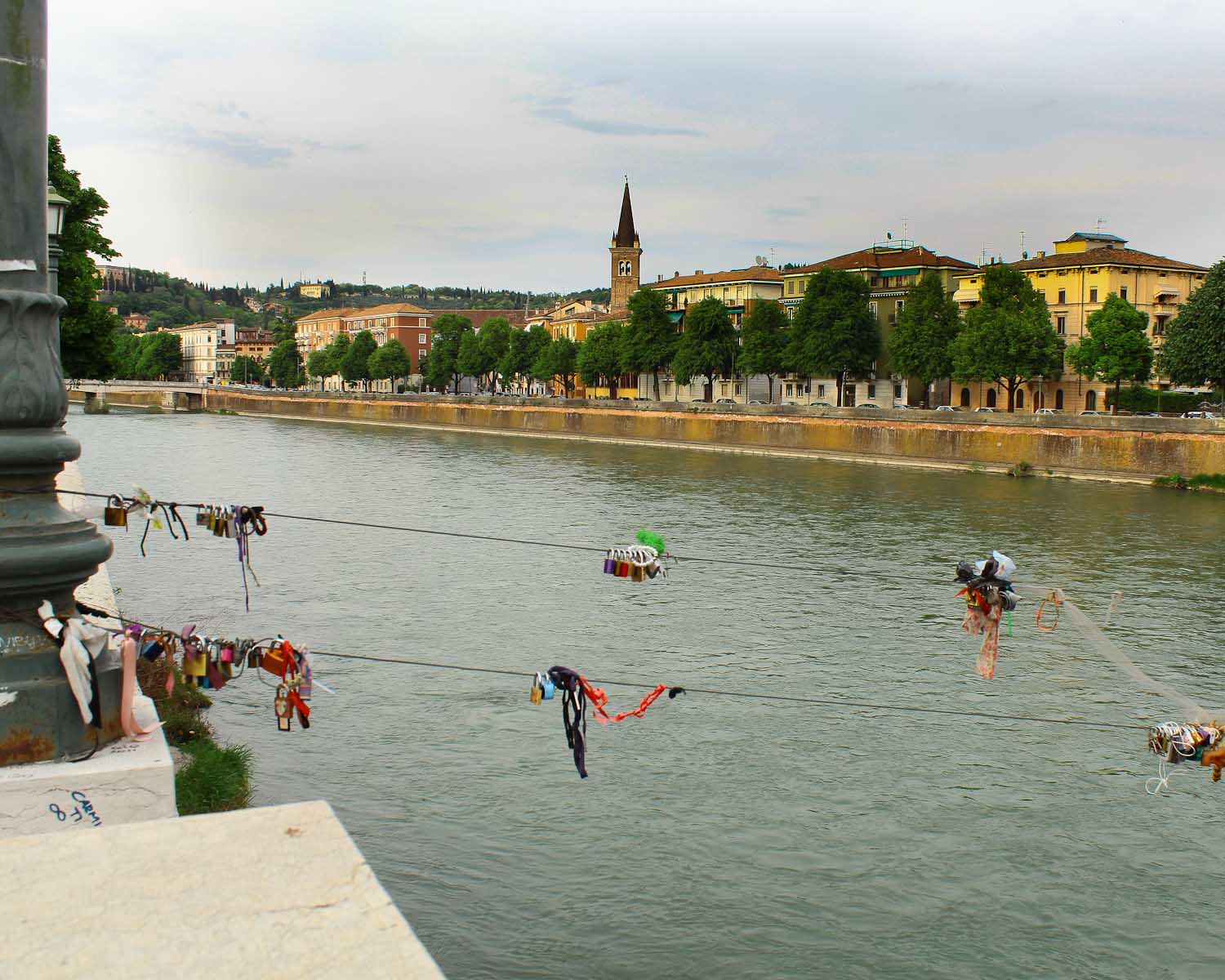 If Romeo and Juliet had lived today, their love lock would probably be among these in Verona.

Virtual padlocks are not the same

The movie was a great success and since then lovers have felt urged to copy the romance. Already in the spring 2007 the lamppost on Ponte Milvio succumbed under the weight of the padlock curtain, and the municipality has been forced to cut them down on a regular basis. They have also tried to encourage the use of virtual padlocks on the internet, but it is never quite the same.

Therefore the craze continued to spread throughout Italy. New locks appeared faster than the authorities could remove them, and they even blemished public monuments like the Trevi Fountain in Rome and Ponte Vecchio in Florence. 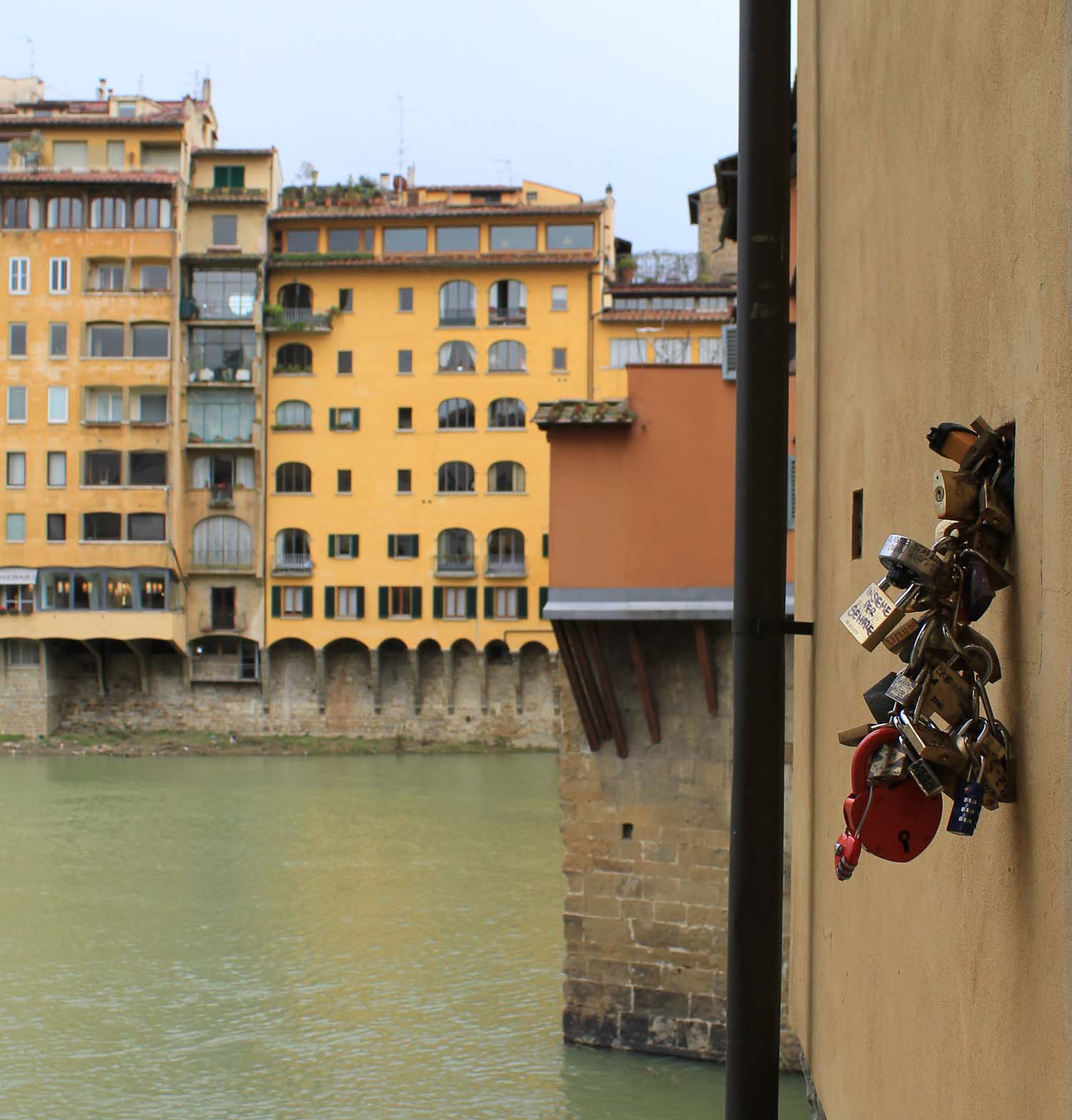 To prevent irreparable damage to national heritage, the municipality decided to place bars and chains dedicated especially to padlocked love on Ponte Milvio and on one of the bridges in Verona. That way the lamppost has been saved from collapse. And street vendors around the bridge have extended their range of goods to include ironmongery, making it much easier to throw away the key to your heart.

It this way padlocks have become a tourist attraction and a ritual as trivial as the coins thrown into the Trevi Fountain and shoe tossing.

Last update in December 2016 with new links, layout and images 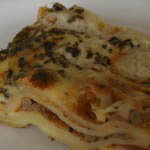