Topping the cakes at Italian weddings

Personalized cake toppers hand-made in L’Aquila have become a great hit at Italian weddings as a 3D photograph.

You recognize the dress, the hair and the wedding bouquet. There’s a fashionable knot on the groom’s tie and his eyebrows have the characteristic twist. Personalized cake toppers have become a great hit at Italian weddings as a 3D photograph that will forever remind the newly-weds of their big day.

From dolls and jewellery to cake toppers

Mary Tempesta is one of the artisans who have specialized in weddings. From her home and workshop in L’Aquila with a view of the eternal snow on the peak of Grand Sasso, she produces exact copies of the happy couple in colourful polymer clay. The figurines are used as cake toppers and displayed in the home afterwards as a cherished wedding souvenir.

–        I got into cake toppers by accident, says Mary who used to have a big production of animals, dolls and costume jewellery she presented at the annual crafts fair in Milan.

–        One day someone was getting married, a friend was doing the cake and I offered to produce the cake topper. That was the year after the big earthquake here in L’Aquila, and since then wedding preparations have taken up most of my time.

What makes Mary’s cake toppers special is her attention to detail. The small figures are modeled after photographs and Mary seeks to capture the mimicry and the minute details that make the clay personal.

–        When someone sends me a photograph and I start modeling it’s like drawing with clay, Mary explains. She first discovered the world in polymer clay, when she was living in Holland, and there she attended her first course in polymer clay technique.

There’s a lot of work involved in hand-shaped sculpting and the clay has to be cut, molded, rolled and pressed to imitate specific shapes, colours and textures. That’s why the price for a bride and groom starts at 115 Euro. Most customers, however, pay more for specific details or additional figures in the group. Mostly bride maids, cats and dogs, but demands can be quite specific.

–        I’ve just finished three cake toppers for a Belgian couple, where the groom was very fond of IT, travelling and chocolate spread, so they wanted three models to choose from – one with a computer, one with suitcases and one with a big jar of Nutella. Other couples want their motorcycle or surfboard included and the brides are generally very particular about the dress. The most elaborate cake topper I’ve made was a pirate ship with mast and flag and two boys with eye patches beside the bride and groom. It weighed 500 g, which is three times more than normal.

Mary Tempesta and some of her cake toppers

Italian with an international touch

The customers are not just Italians, but come from all parts of the world. A bit like Mary, who was born and grew up in Sydney, Australia. Both her parents were Italian expats, but at a family reunion in L’Aquila 28 years ago, she met her husband and decided to move Italy, where she has been living since apart from a few years in Denmark and Holland.

Mary is therefore perfectly bilingual, which is a great advantage, when tense and nervous brides call her up to make sure that the cake topper will be right and ready for the big day. Even at the height of the wedding season, suppliers must remain calm and reassuring although it is “just” about cake toppers.

Disclosure: Some of the posts on Italian Notes are sponsored, but the opinions expressed are always my own. 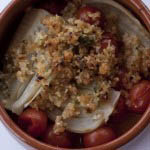 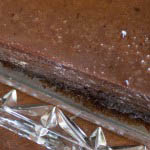