I won’t pretend I’ve seen all Italian villas and gardens. In fact, I’ve only visited a few, and most of them were slightly disappointing. Until I realized that I’d completely missed the point.

As a northern European, I’m used to English gardens with their overwhelming fertility in terms of fruit, flowers and fragrances. To me gardens should imitate the beauty of nature minus the ugly parts; stimulate the senses and provide plenty of places to explore and to hide.

Classic Italian gardens provide no places to get lost or take cover. They are open and symmetrical, and the flowers – if there are any – are only one of the four factors – the others being marble, water and perennial plants – intended to emphasize the relation between the landscape and the house.

Seen this way, Italian Renaissance gardens like these hold some fascination, and here’s my top five.

The garden at Venaria Reale outside Turin.

What I love about the gardens surrounding the royal palace in Venaria Reale outside Turin is the view of the snow clad Alps. The palace was built in 1675 as a ‘hunting lodge’ for the Royal House of Savoy, but it is nevertheless one of the largest royal residences in the world. During the Napoleonic wars the buildings were used as barracks, while the garden was used as training ground. The structure remained in the service of the Italian Army until 1978, and it has just recently been restored and opened to the public. The new garden is in modern style but it contains all the classical renaissance elements – as well as a magnificent view.

One of the five courtyards hidden behind Mantova’s Ducal Palace

There are four gardens and five courtyards hidden within the Ducal Palace in Mantua, and they all possess diverse and distinctive characteristics. I like the seclusion of a meticulously well-kept private garden surrounded by tall buildings like Isabella d’Este’s  secret garden in the Corte Vecchia. Too bad the Palace has banned photography (in an attempt to protect their sale of postcards?), so the picture does not do the place justice. 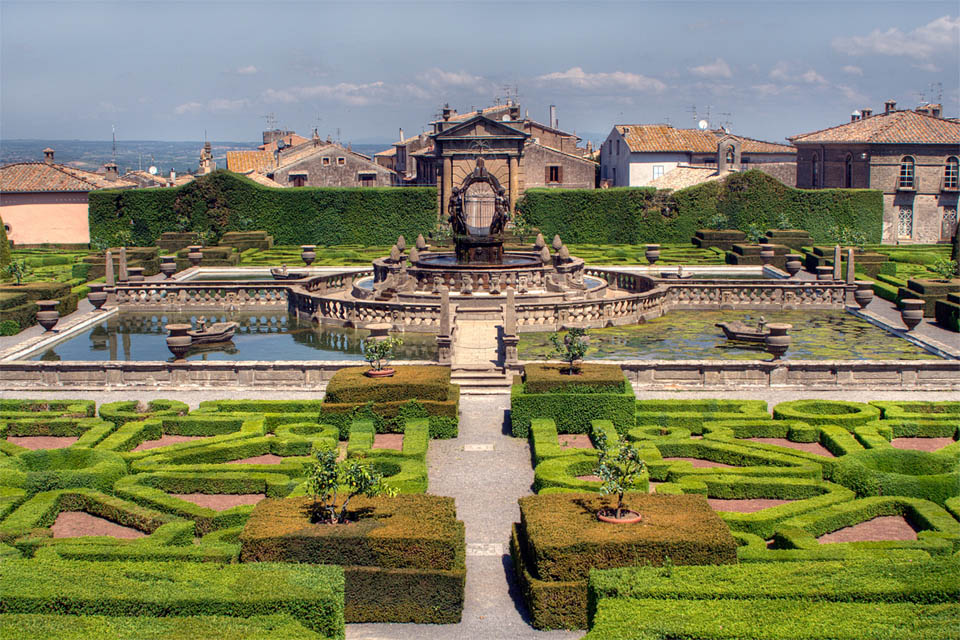 The mannarist garden at Villa Lante at Bagnaia

Villa Lante outside Viterbo in Lazio has one of Italy’s most famous mannerist gardens designed to impress and surprise visitors by virtuoso water displays, sculptures, movement and drama. Here you have cascades, fountains and dripping grottoes meant to symbolize the tale of humanity’s descent from the Golden Age. Every aspect of the garden is perfectly proportioned and richly detailed with the buildings as decorative garden ornaments.

Villa Lante was heavily damaged during the WWII, but it has been completely restored in recent years. 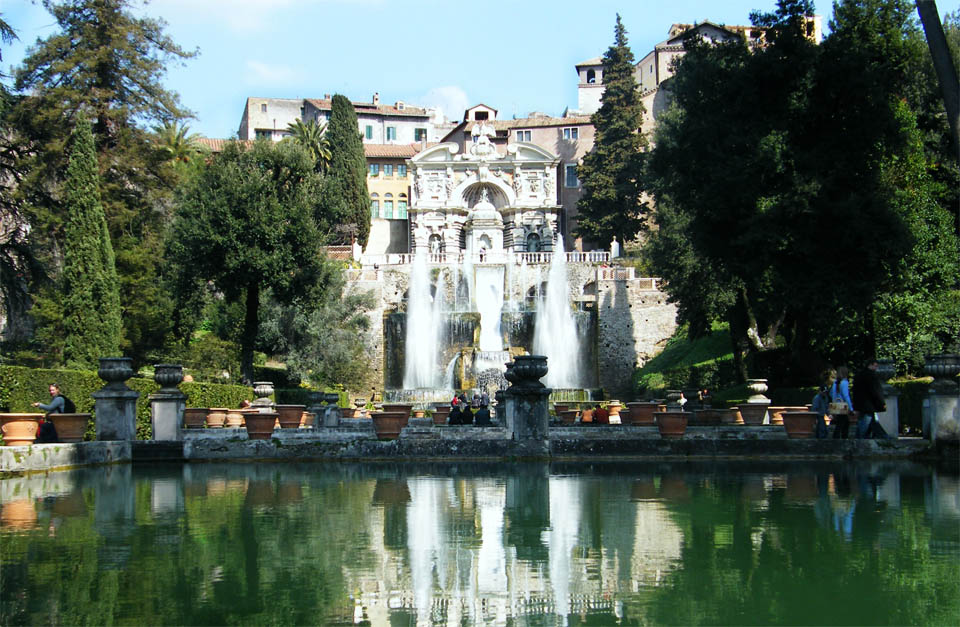 The most famous and important mannerist garden in Italy is Villa d’Este in Tivoli with spectacular waterworks and theatrical effects telling the story of the Este family’s ancestors going back to antiquity. You enter at the lowest point and climb uphill on a series of terraces. Along the way there’s music played by water organ, statues and innumerable fountains. A true waterworks and gardening extravaganza. 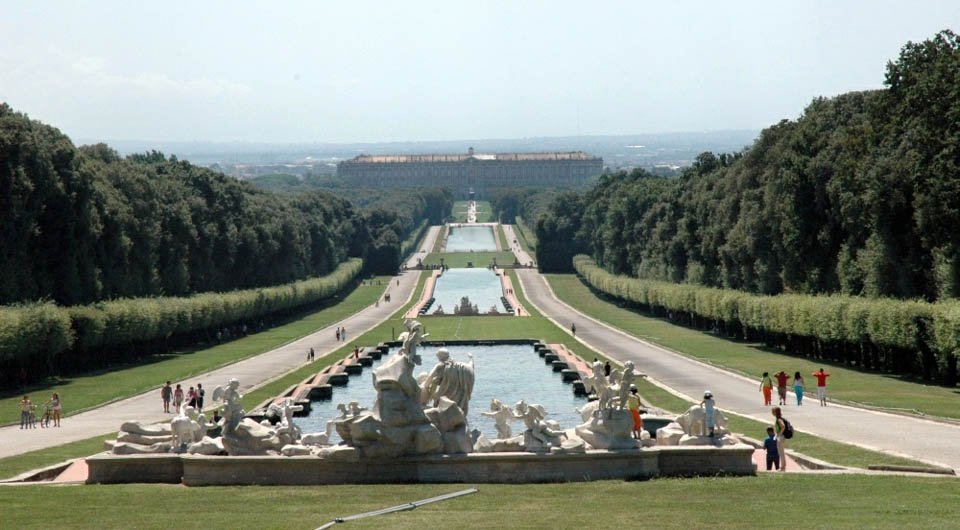 Gardens and water fountains in Caserta

The totally impressive part of this enormous garden is the River Road, originally planned to run 30 km to Naples.  The main axis is over 3 km in length and  was integrated with the  town plan for Caserta. It is flanked by artificial fountains and cascades  one of which has a fall of 78 metres. There are a great many sculptures based on the myths in Ovid’s Metamorphosis. As well as a botanical garden in the naturalistic English style. In style and glory Reggia di Caserta is comparable to Versaille outside Paris and Peterhof near St. Petersburg.

As mentioned this list of Italian gardens is based on my rather limited experiences, so I’d love to hear about your favourites.