Street food varies from one Italian region to the next, but from October onwards street vendors selling roasted chestnuts or caldarroste can be found throughout the country.

I don’t recall seeing a caldarroste roasting chestnuts on Salento, but apart from that these street food vendors seem to be all over the country. From Piedmont in the North to Sicily, sweet roasted chestnut mark the coming of the winter season. 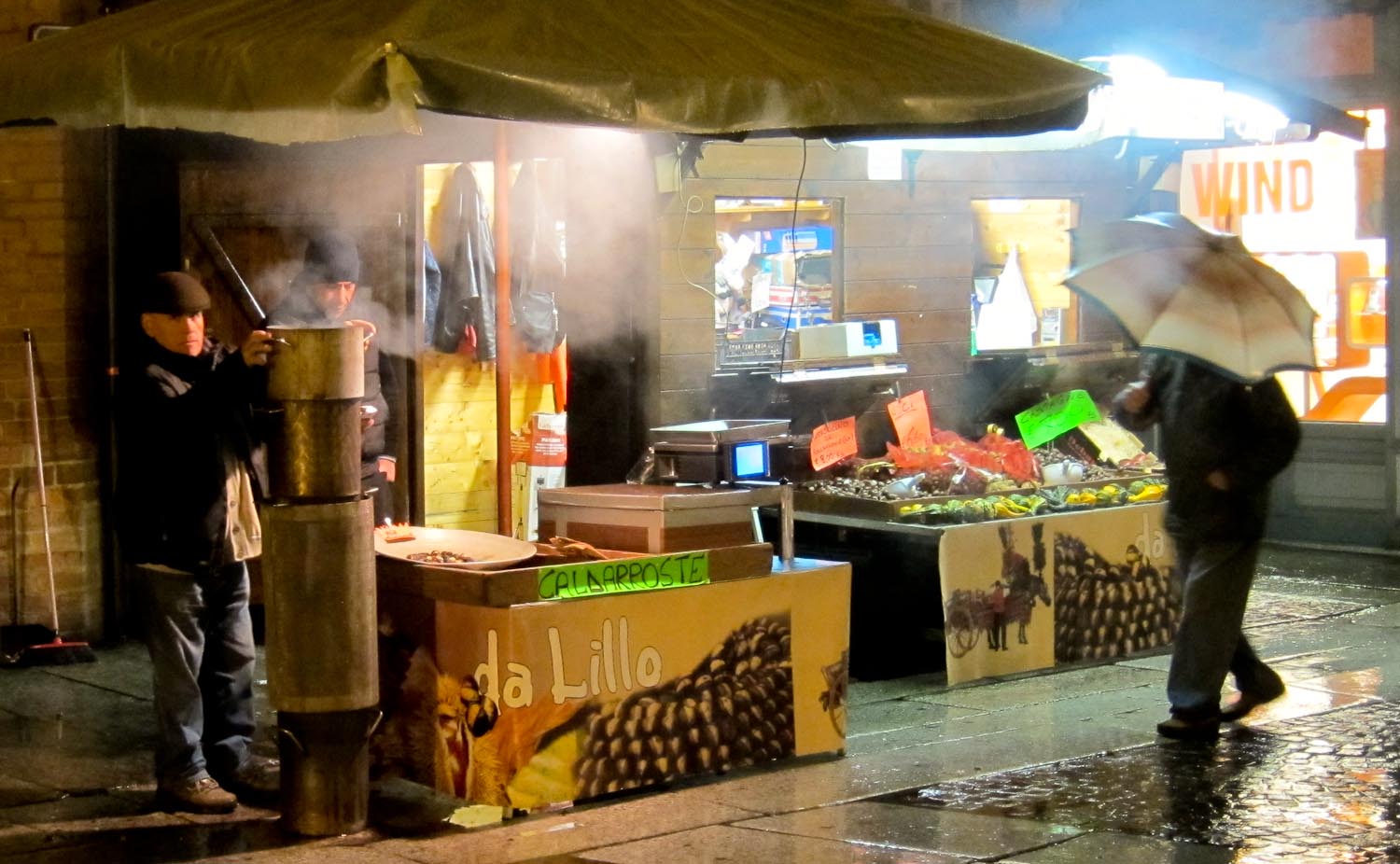 Street vendor ready for business on a cold and rainy evening in Asti.

Personally, I find roasted chestnuts too mealy, but they have been an important part of a healthy Mediterranean diet for thousands of years. According to Wikipedia chestnuts have been cultivated since 2000 BC, and both the Greeks and the Romans used chestnuts to feed their armies. People living in the forests with limited access to wheat, used chestnuts as their main source of carbohydrates and in Liguria and Tuscany chestnut breads and chestnut cakes are among the most popular regional dishes. 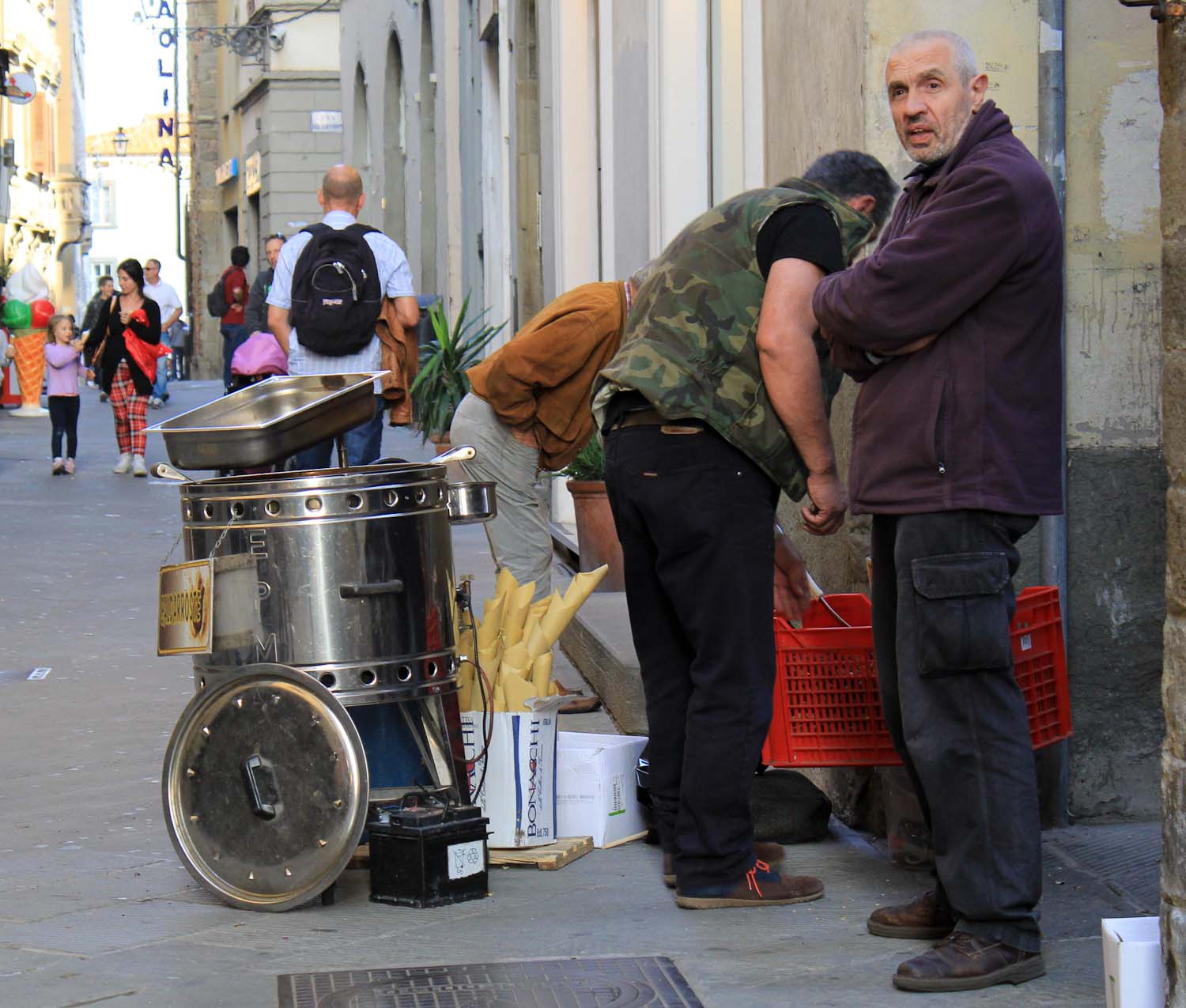 Even on a mild autumn day in Pistoia the caldarrosta is ready to serve hot roasted chestnuts.

The reason for their popularity is not just taste. Chestnuts have low fat and high fibre content and they are packed with vitamins and minerals such as manganese, potassium, copper, phosphorus, magnesium and iron. For this reason, highlanders survived winter on the the fruit of the chestnut tree when there were no other cereals available. 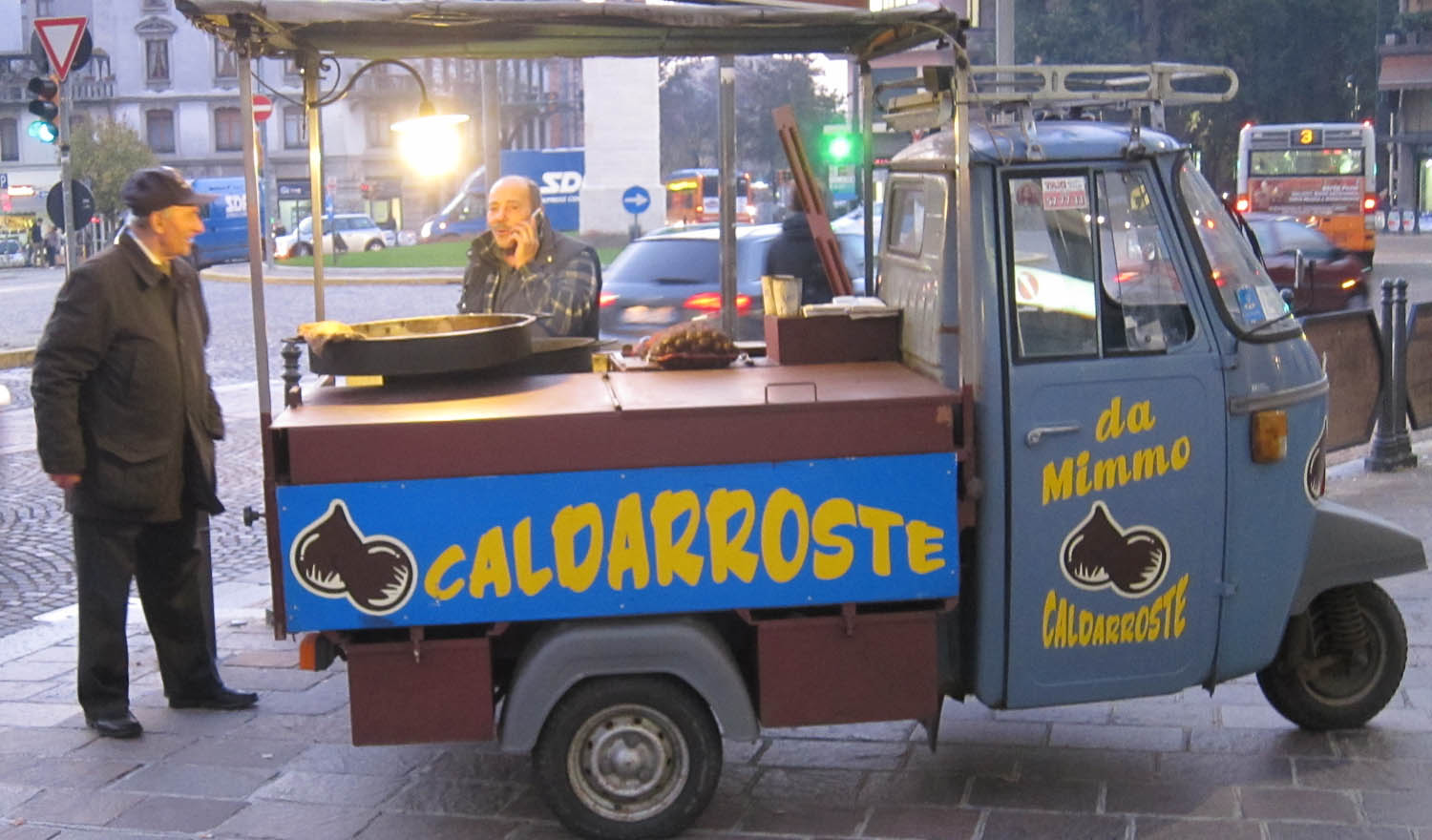 Of course, Italians have chestnuts with protected designation of origin like il marrone del Mugello IGP from Tuscany. 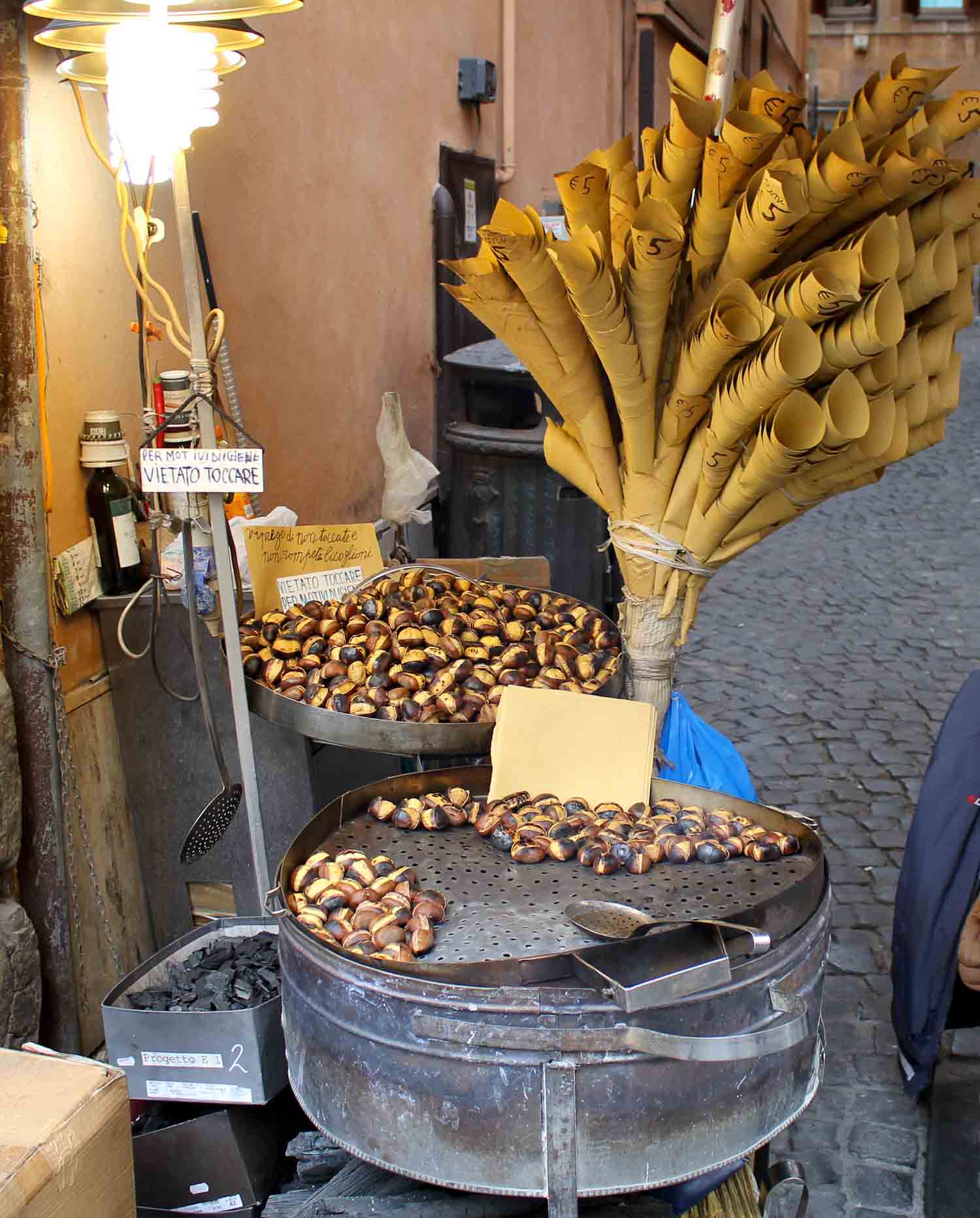 The chestnuts have been dried and castrated before being roasted and cartocci are folded and ready to go.

Villages throughout the country celebrate festa or sagra della castagna on an annual basis. And there are poems, legends and stories associated with particular chestnut trees such as the Castagno dei Cento Cavalli on the slope of Mount Etna, which apart from being the largest and oldest chestnut tree in the world. This tree had a circumference of 57.9 m, when it was measured in 1780, and although the tree has now split in several large trunks they still share the same root. Legend has it that the hundred-horse chestnut tree earned its name after sheltering a mysterious queen and her company of one hundred knights and lovers during a stormy night on the mountain. 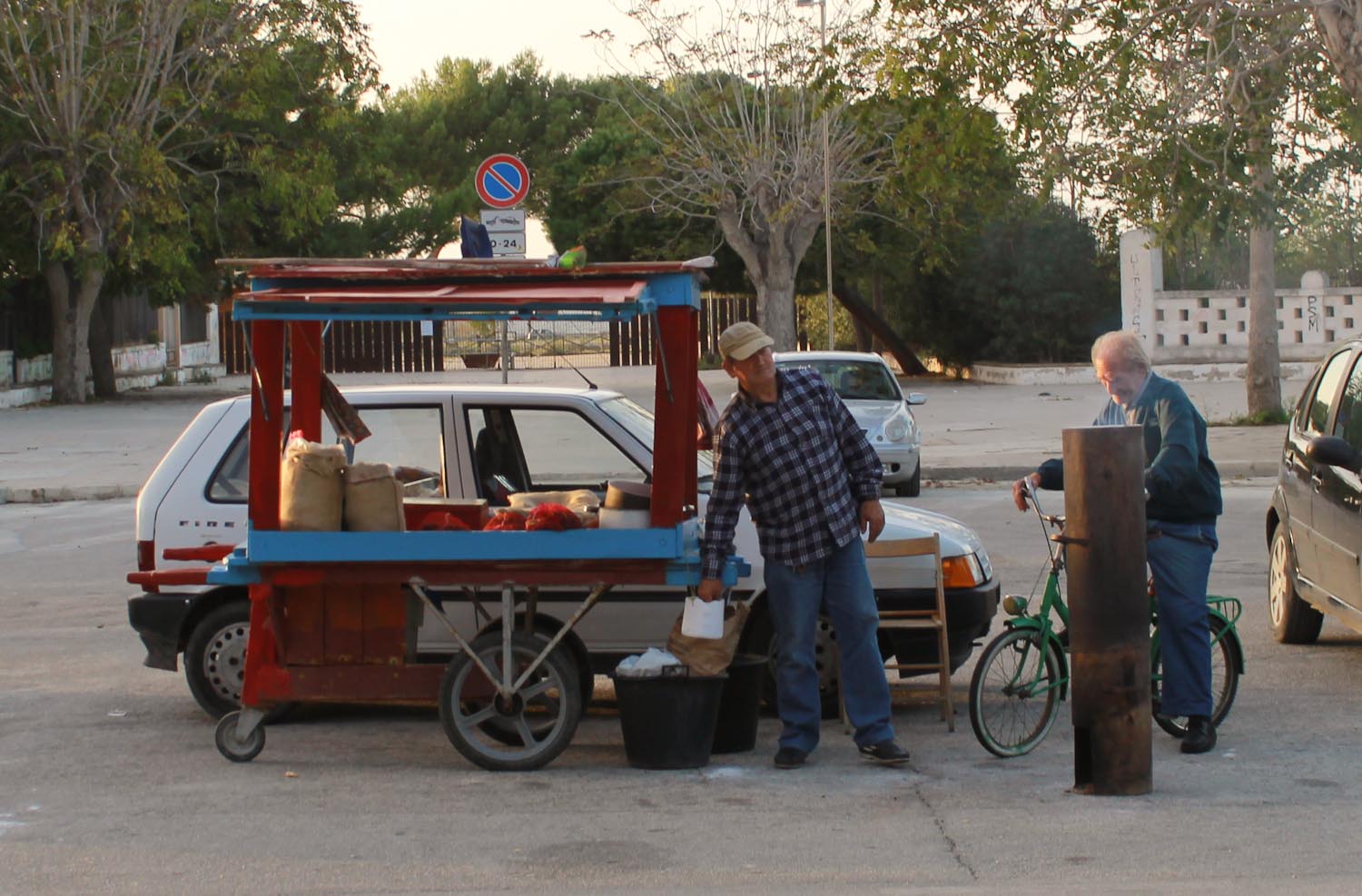 In Italy, the tree is recognized as a state monument, adding extra flavour to the traditional cartoccio cornet which the caldarrostaio fills with hot roasted chestnuts from his mobile street furnace. 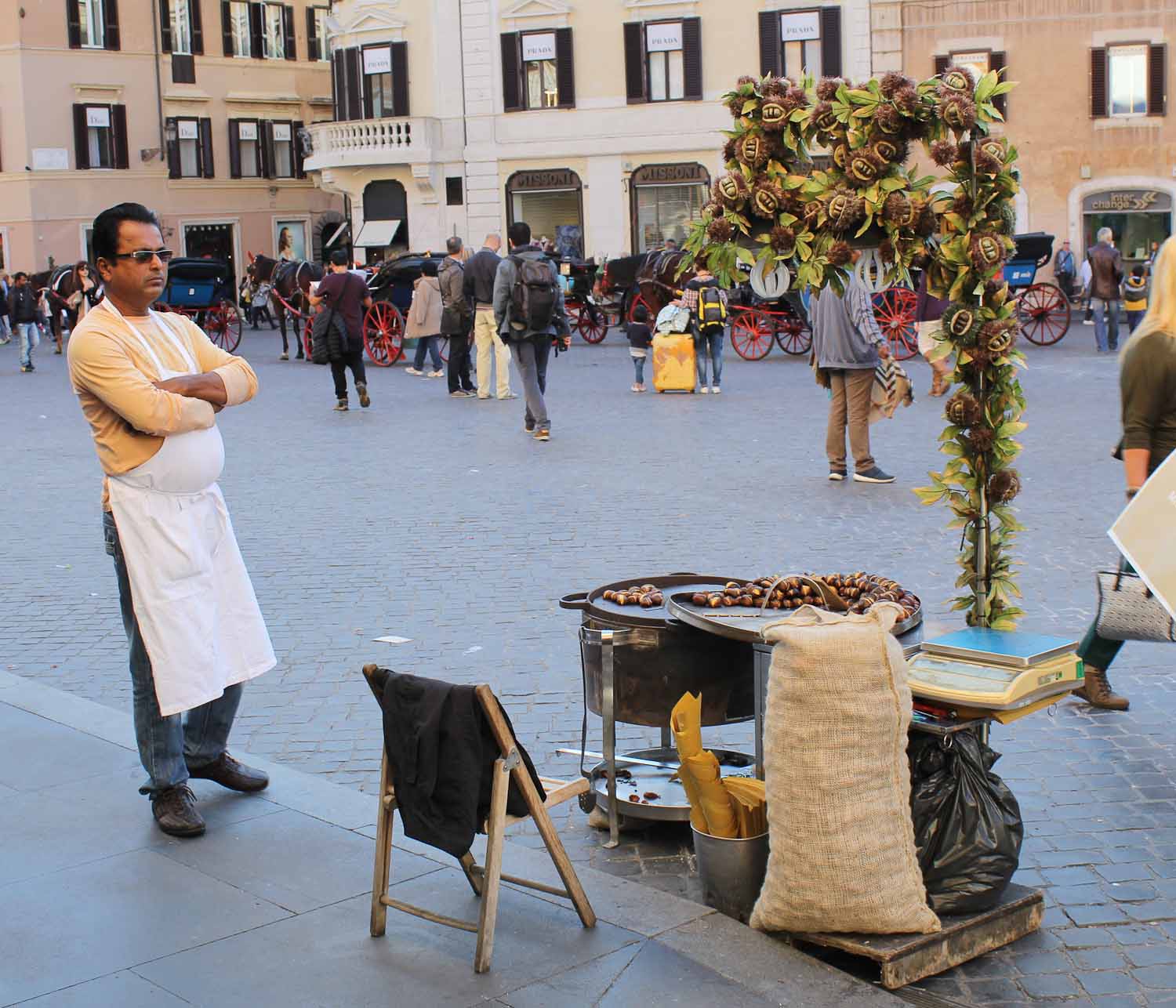 Ragù of lamb with cicoria and pecorino
Scroll to top