Isola del Liri is an inland island in Lazio about 100 km south of Rome. And the only Italian town with two waterfalls within the old city limits.


We would never have discovered Isola del Liri without local guidance. Our original plan was to go direct from Frosinone to Cassino, but on the way out of the hotel I asked the friendly concierge, if there were any particular sights he would recommend, and he mentioned Isola del Liri and the lake Posta Fibreno.

The name in itself seemed intriguing. I have always had a weakness for waterfalls. And it was virtually on the way or only a short detour from the way to Cassino, so of course we had to check it out. And the town turned out to be exactly as charming and poetically beautiful as the name. 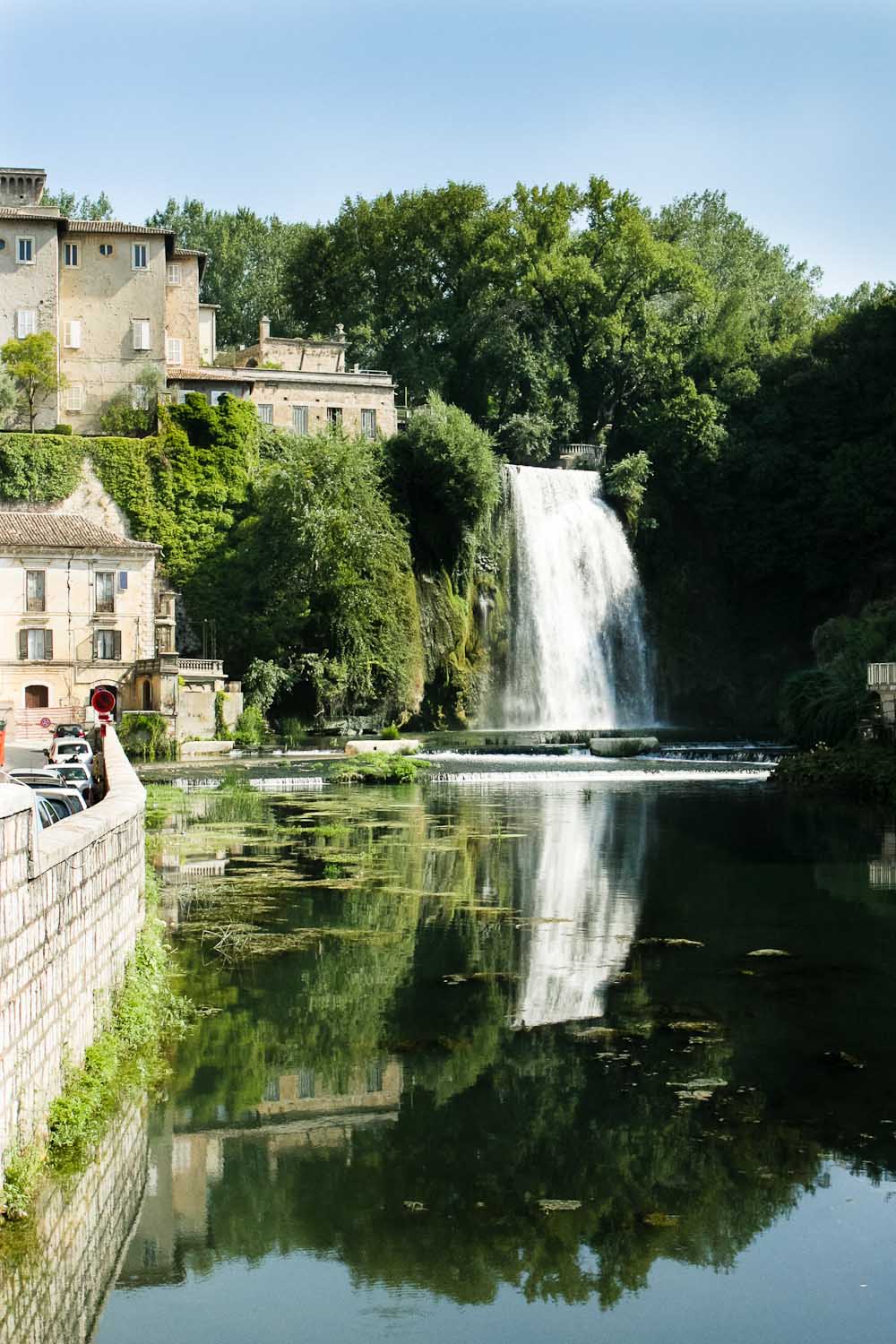 One of the two waterfalls in Isola del Liri

Isola del Liri is in fact an island situated 70 km inland from the sea.

The town is totally surrounded by water from the river Liri which forks out northeast of the city only to merge again a few kilometers further south.

The island has been known from pre-Roman times. It has been mentioned by Pliny the Elder and Dante. Some claim Cicero, the writer who has tortured every student of Latin, had his villa right outside town. And for many years it was the centre of the mid-Italian paper industry.

Sadly, the town and the area suffered severe destruction during WWII, but Isola del Liri has recovered. In 2008 it was classified as ‘area di elevato benessere, istruzione superiore e sistema locale organizzato’, which is a mark of distinction for Italian municipalities indicating that the 12 000 people living on the island are doing well in terms of education, economy and infrastructure.

So you do not have to sit at a café enjoying the view of Cascata Grande with a vertical fall of 27 metres to find Isola del Liri attractive. But it definitely helps. And after a short walk along the main street through the historical centre to the other smaller Cascata del Valcatoio waterfall I was whirled along and wanted to stay in Isola del Liri for as long as possible.

Other places to visit in south Lazio

Eating out near Frosinone

Maps were disabled by the visitor on this site. Click to open the map in a new window.
25 replies