Nowhere in Europe have I seen such a high concentration of horse meat butchers as in Italy. And in south Italy eating horse meat is no different from eating other farm animals.

In Puglia there is at least one Macelleria Equina for every Polleria, and the Pugliesi love to tease squamish and sentimental foreign dinner guests with a horse meat alert.

– Why don’t you eat ‘orse meat? Those who speak a bit of English ask. It is good for you. Horse meat is rich on iron and very tasty, like a mixture of beef and game.

I try to explain that during the last war horse meat was sold in Denmark, but today horses are mainly used as work mates and pets, and you would not eat your cat, dog and budgies either. The argument is, however, wasted on the Italians to whom taste is paramount, and you end up feeling like an anemic schizzinosa.

Butcher in San Marzano specialising in meat from horse and donkey

According to Wikipedia, Italy produces 16,000 tons meat from donkeys and horses a year, which is more than any other European country apart from Poland. In fact Northern Europe exports worn out riding horses to Italy, where they are butchered and eaten, because unlike sheep and cattle horses are not bred and raised specifically for their meat. So from an economic and environmental point of view, it makes sense to serve this taboo for dinner.

As pointed out by the food writer,  Vittorio Castellani on a food walk around Turin, people in the Western world only eat 20 percent of the animals slaughtered. Another 20 percent can be processed and sold as food, but the rest is pure waste or byproducts like leather and soap. In terms of mass starvation and environmental sustainability this is a disgrace, and we should be more open to alternative proteins from eg. offal, snails or horse meat butchers. 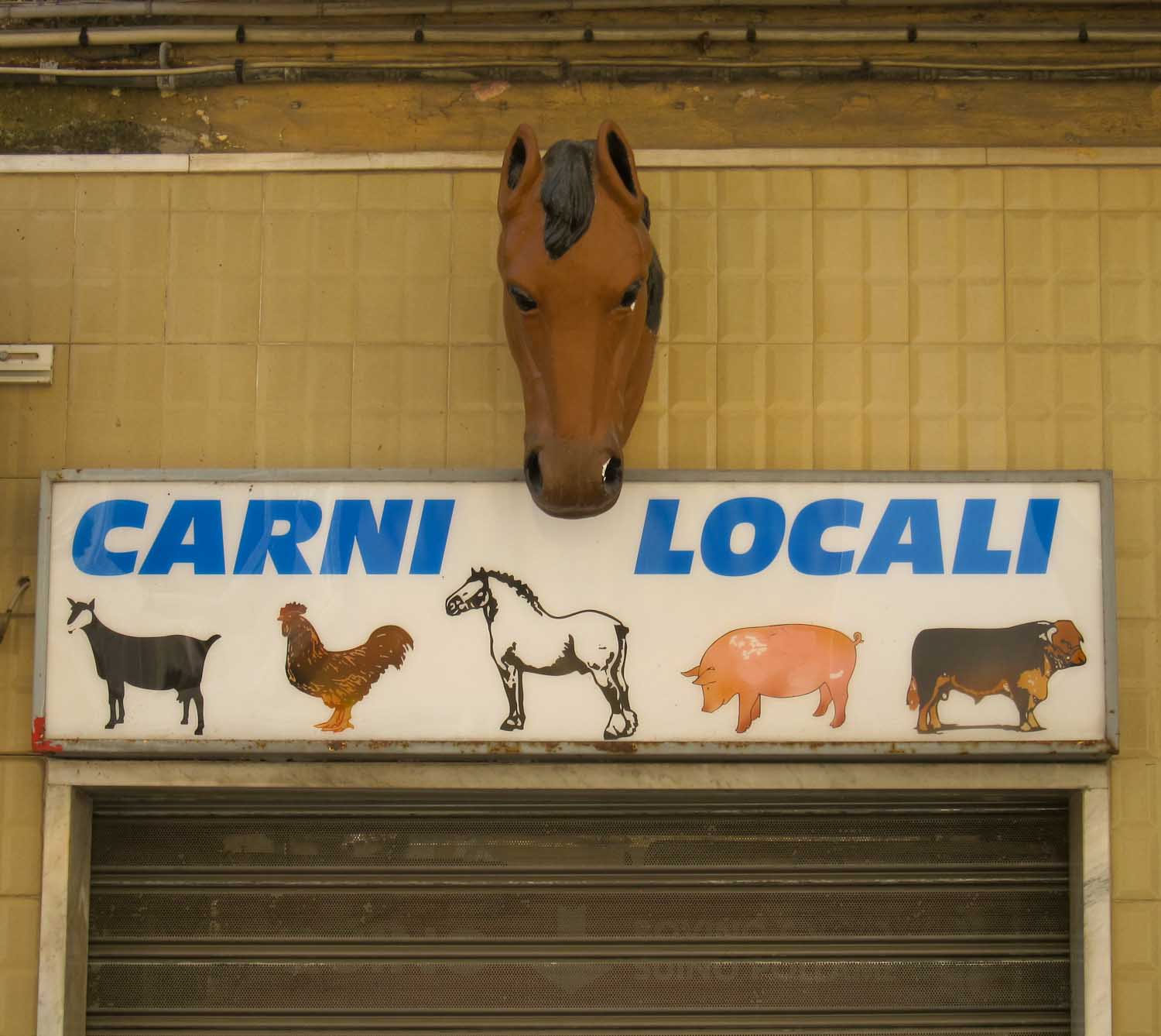 Thrift and practical considerations are also behind one of Italy’s most famous horse meat dishes, the ‘pastisada de caval’ from Verona. Allegedly the recipe dates back to 489 ad, when King Teodorico and King Odoacre fought a great battle outside town. After the battle the ground was strewn with horse corpses, which King Teodorico donated to the people of Verona to celebrate the victory. At that point the rotting stench was already noticable, so the people of Veneto cooked the meat for hours with lots of onions, carrots, celery, tomatoes and other vegetables, herbs and spices like bayleaf, cinnamon and clove and the local Amarone wine.

It should be really delicious – if you like horses in this way too. 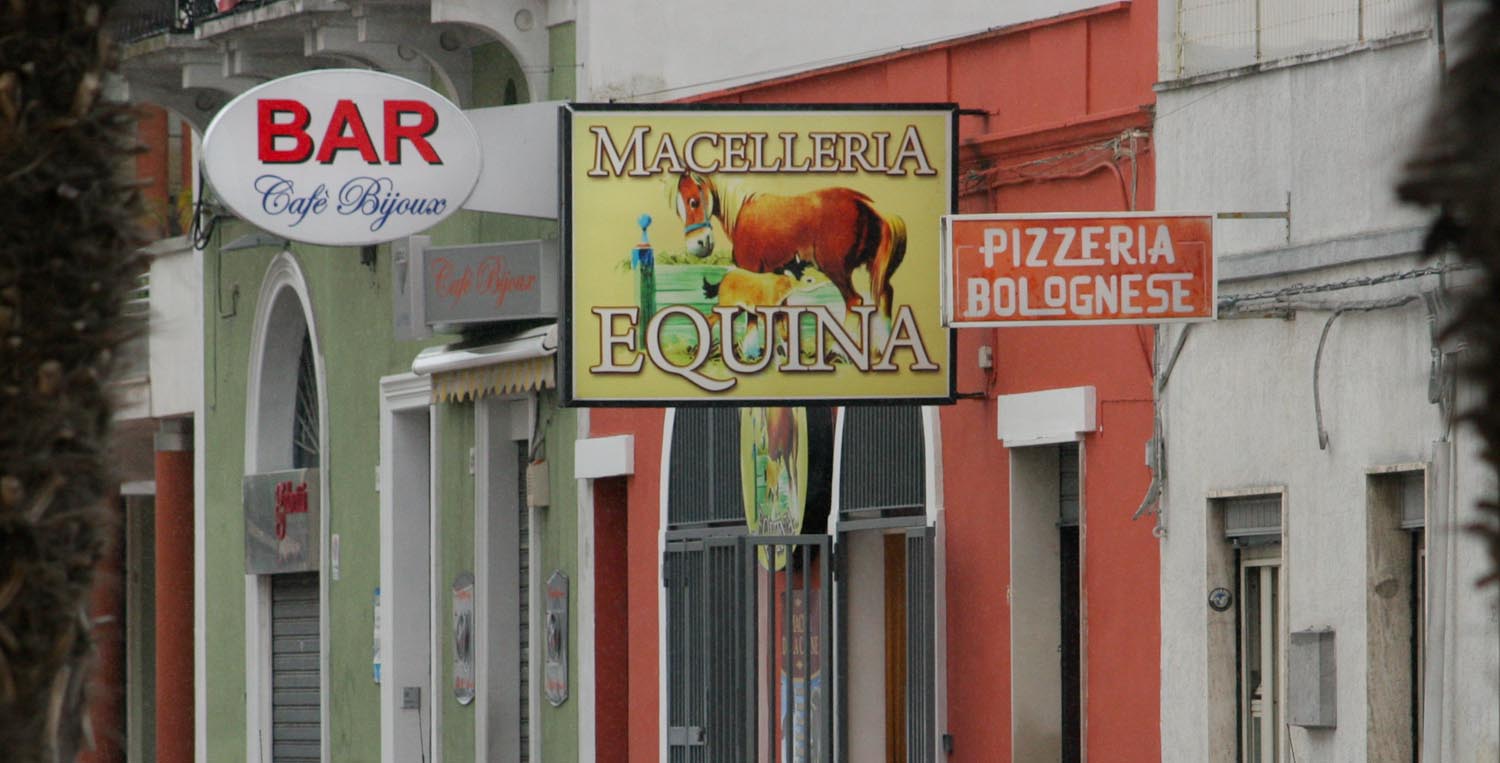 A horse meat butcher in Brindisi

Birds Along the Tiber in Rome

Health and self-indulgence in Bagnacavallo
Scroll to top