The magazine interviews the owner of hotel Fortino Napoleonico in Portonovo, a converted castle with a splendid view of the sea, where Bob Dylan turned up under a false name some years ago, who says that it was virtually impossible to meet the American singer-songwriter, while he stayed at the hotel.

– He always left very early in the morning. And returned late at night. He didn’t talk to anyone. Our only proof of his stay here is his signature on the registration documents.

Now, Bob Dylan does not seem like the type of person who would settle for deckchair in one of the many stabilimento balneare overlooking the ‘Vela’, a cliff resembling a yachting sail as indicated by the name, or the hordes of pale and bare bellied Europeans frequenting the bays and beaches. And I don’t see him as a keen golfer doing all 18 holes in Golf Club Conero near Sirolo, either.

Still, he might have enjoyed a visit to Giacomo Leopardi’s library in Recanati, wandered among wild boars and berries in the 6 000 hectare national park, or cultivated spiritual cravings in the sacred house of Nazareth, which has now been transferred to Loreto, but is still sanctified as the house where Mary received the annunciation. Although the landscape around Monte Conero may appear sparsely inhabited, we are only 10 kilometres from the regional capital Ancona and some of Marche’s major tourist attractions, where even international celebrities might while away a couple of days.

From this point of view, I find the truth about Bob Dylan’s sojourn on the Adriatic coast of Italy a little disappointing. Apparently, the musician had entered a joint venture with one of Marches most celebrated producers of quality red wine, Le Terrazze. As a life-long Dylan fan, the owner of La Terrazze in Numana, Antonio Terni, had named one of his wines ‘Visions of J.’ after a song on Dylan’s ‘Blonde on Blonde’ album, and in appreciation Terni sent a few bottles backstage after one of Dylan’s European concerts. The taste was so convincing that Dylan agreed to be part of Terni’s next wine project called ‘Planet Waves’ after another Dylan album. Therefore we may conclude that Dylan stayed in Portonovo on business.

The back label of the first vintage, 2002, bears Dylan’s and Terni’s signatures, along with an enigmatic message that ends, ‘What pushed two guys from opposite corners of the world to put their names on a bottle of Italian red wine? Destiny? Fate? Coincidence? Planet Waves.’

The producers only released 5 000 bottles of Planet Waves 2002, so they are extremely hard to find, but we can always hum along to ‘All Along the Watchtower’ and

‘Businessmen, they drink my wine, plowmen dig my earth,
None of them along the line know what any of it is worth.’

While we wonder, what Giorgio Napolitano did on monte Conero? Somehow he does not strike me as the type of man who would build sand castles or play in the surf with his grandchildren …. 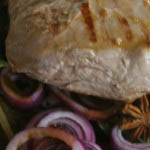 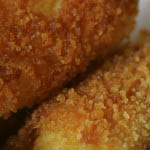