The grape harvest in Puglia is still a family affair. Both housewives and lawyers lend a hand during the vendemmia .

They started work at four in the morning and now their backs ache, feet burn and fingers are red and sore from grape juice and scratches. Still, the two families picking grapes in the scorching Puglian sun keep their spirits high. There’s even time for a laugh and a joke, while the body moves on like a beautifully tanned Energizer Bunny.

In Puglia entire families take part in the grape harvest.

We are in a vineyard owned by Carlo Schiavoni on the first day of the Primitivo harvest in late august 2012. The Bari lawyer retains a close attachment to the area around Manduria, where his family has lived for generations, and every year he goes back to supervise the harvest. After a very long and very hot summer, the yield and quality of the grapes look promising, and Mr. Schiavoni inspects the clusters and maturity with satisfaction.

–        We had a little rain a couple of weeks ago, and that generated some new  and tender shoots that are susceptible to vermin attacks, but the rain came late in the season, so the damage is limited, he explains, while we walk the red soil between straight rows of 180 cm tall vines.

Here and there odd clusters of immature grapes have been left by the harvest team, and they will probably remain on the vines until they have turned into raisins. The economy of winemaking does not allow for a second picking, and unlike some of the other winemakers in the area Mr. Schiavoni does not experiment with ‘rasinate’ wines made from dried and shriveled grapes.

Instead he has delegated the cultivation to Pasquale Brunetti, who is “the best vine farmer around”.  Pasquale Brunetti is also responsible for the harvest and the experienced team of six pickers consisting mainly of family and friends.

Wives and daughters select and cut off mature grape clusters, while two men empty the buckets and do the heavy lifting and drive the grapes to the consorzio for vinification. It’s a highly skilled and organised process practiced for about two weeks a year. After about 10 days the grape harvest in this part of Puglia is over and the six vineyard workers can go back to their ordinary lives as farmers, housewives, students and a newly graduated lawyer.

Italian Notes was a guest of CPVini in Manduria but all opinions and mistakes are my own. 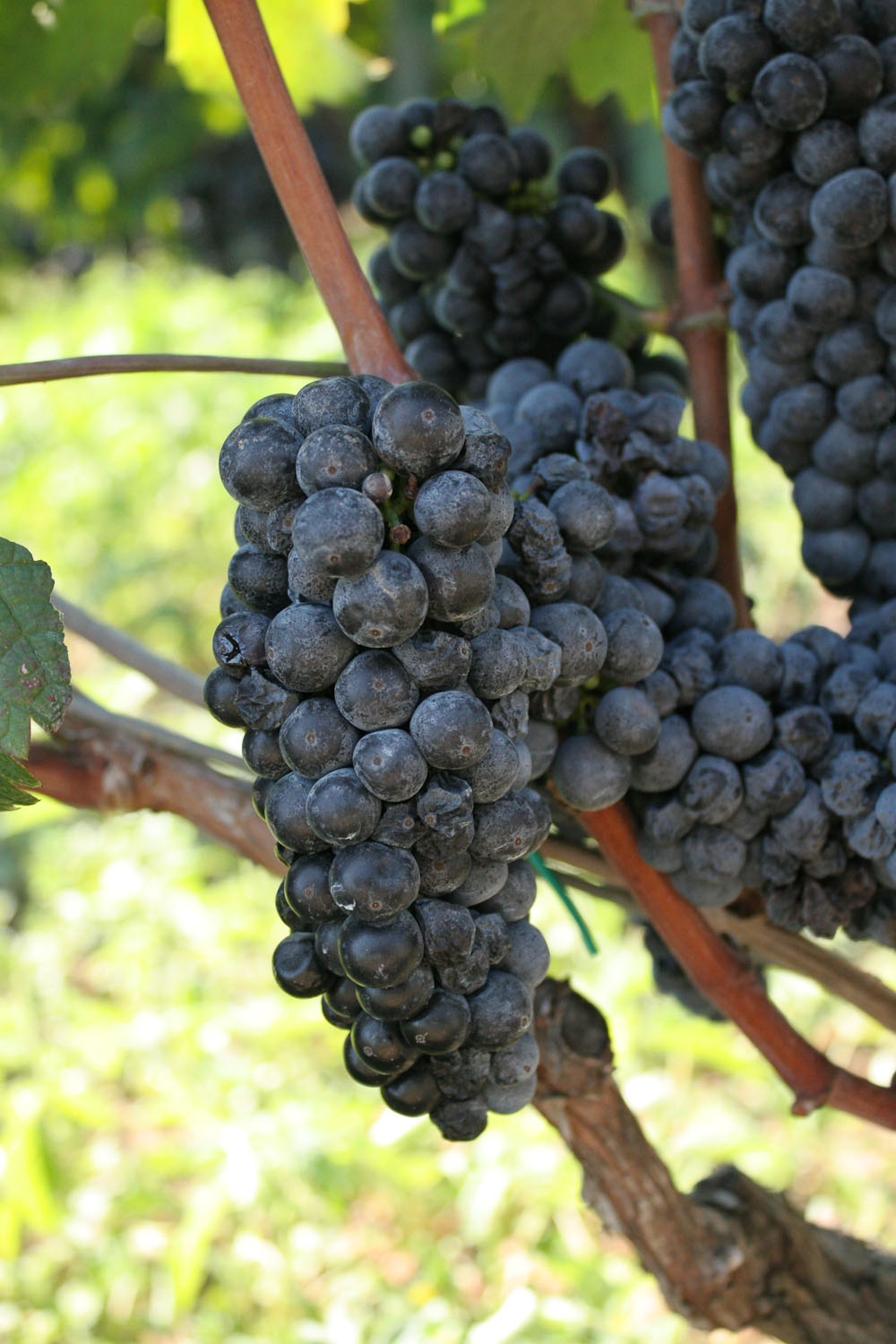 Mature grapes hang in thick clusters from the old vines