The flowering balconies in Locorotondo are a sign of communal vanity and initiative. An annual competition encouraging residents to plant flowers in pots and window boxes around their houses.

Have you ever thought about how often flowers appear on holiday snapshots from Italy? We take pictures of landscapes, gardens, balconies, gates and courtyards, if they have a bush, a clay pot or a rusty tomato can with colourful plants. On Flickr there is a, predominantly Italian group, with 5481 images of windows and balconies in bloom. And if you Google “Infiorata”, which is the Italian word for loading streets and town squares with paintings made from cut flower heads, you get 168,000 hits in 0.09 seconds. The Italians like flowers a lot – and they are aware of flowers’ attraction on wealthy tourists.

Labyrinthine streets that smell of summer heat and detergents

Take Locorotondo in the southern province of Bari as an example. A small town in the Valle d’Itria, which is known for its trulli houses with high conical roofs and a circular town wall behind which you will find the whitest white houses in narrow, labyrinthine streets that smell of summer heat, detergents and water damage. In addition, Locorotondo is famous for the garbled houses with pointed roofs called ‘cummerse’. An architectural feature not seen elsewhere on the Italian peninsula.

Locorotondo has been compared to the white towns in Andalusia and the North African Kasbahs. 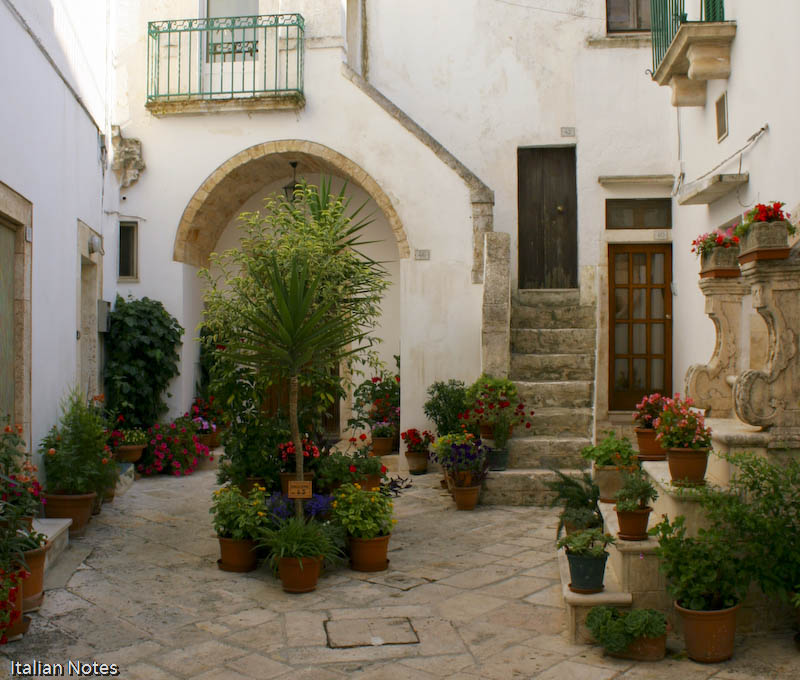 A sign among the flower arrangements indicate which number to vote for.

The attraction of flowers

Still, the city’s Pro Loco wishes to increase the Locorotondo’s tourist appeal by presenting an extra flower in the town’s buttonhole. Every year since 2008 they have arranged a competition called ‘Balconi Fioriti‘ , which encourages residents of the old city to plant flowers in pots and window boxes around their houses. The flowering balconies in Locorotondo helps to make the town appear real pretty and even more attractive.

Each participant in the competition has a small sign indicating their participation number, and tourists can vote on the most beautiful arrangement. A winner will be found in September, when all votes have been counted, but there is little doubt that the tourist agency will share the success. 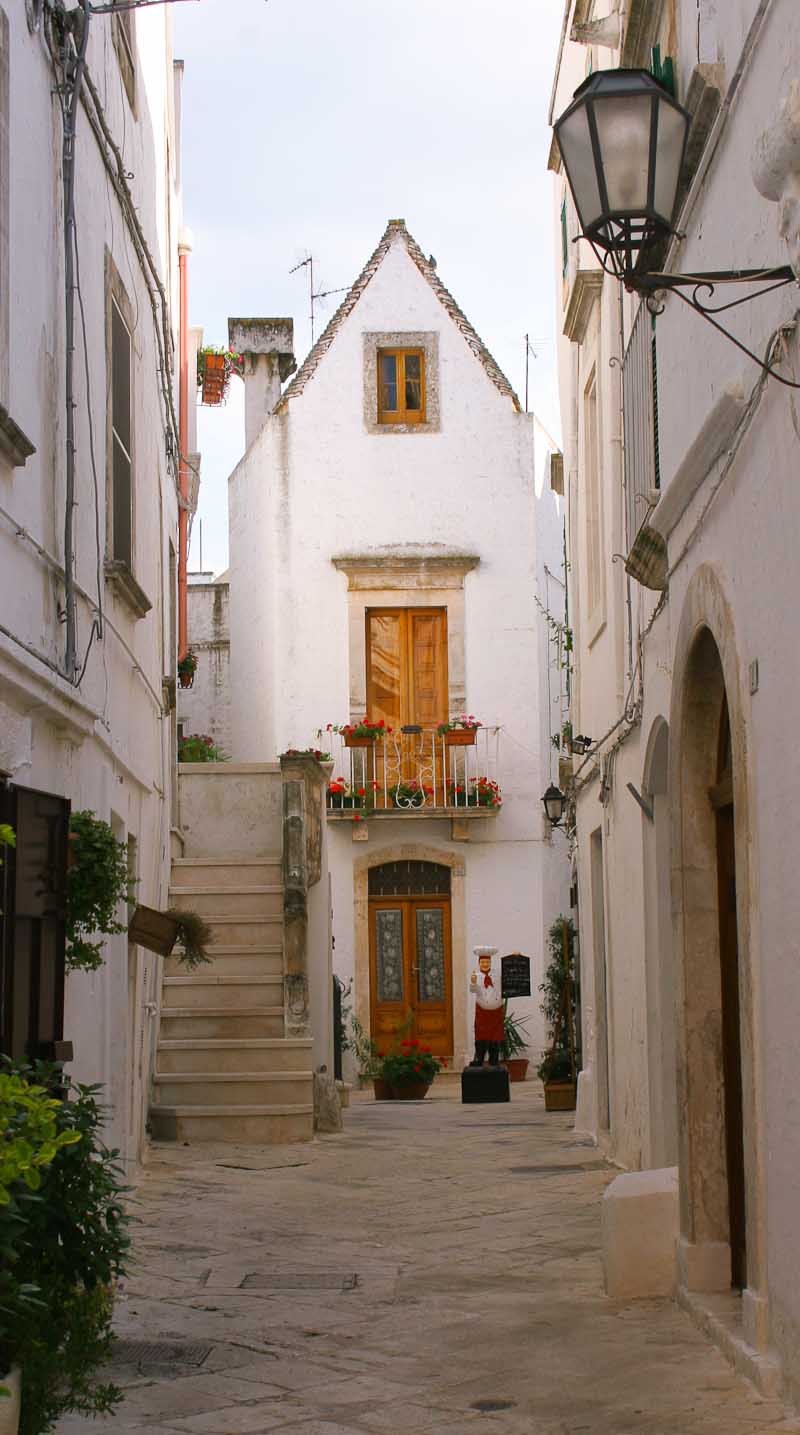 Even the characteristic garbled houses with pointed roofs are dressed up in flowers.

Other attractions worth a visit near
the flowering balconies in Locorotondo

Tips to survive the heat
Scroll to top