Festivals in the province of Isernia

Folklore and festivals are great ways to experience the local spirit in any part of Italy, and there are lots to choose from, which is why I have accumulated this guide to festivals in the province of Isernia.

In Italy almost every village and town has at least one annual festival focusing on local gastronomy, religion or traditions. I have previously written about the holy week in Taranto, Francavilla Fontana and Oria, the snake festival in Cocullo, food fairs and truffle markets in Piedmont and Alba, the annual polenta war in Trento, a celebration of St. Sebastian in Palazzolo Acreide and food festivals around Udine.

This time I have chosen to make a guide to festivals in the province of Isernia in Molise. Molise is one of the smallest regions in Italy, but there are far too many weird and wonderful events in Molise to be covered in a single blog post which is why I have chosen to focus exclusively on the western part of the region and combine the short descriptions with video clips (in Italian). That way it’s easy to check out what is going on, when you happen to visit the area. Many of these events are really too good to miss.

On the last Sunday of the Carnival, Castelnuovo al Volturno reenacts an ancient ritual combining magic with religion and mythology. The event is called Gl’ Cierv – or the man deer – and it unfolds as a pantomime. The spectacle is initiated by an obsessive tinkling of bells announcing the arrival of the witches. The a bagpipe cries out its warning that beasts are near. The beasts are actors covered in animal hides and equipped with bells and large horns in order to symbolize the hunger, cold and suffering associated with winter. The beasts breaks into the square, destroying everything they meets and attacking people. A light skinned deer tries to calm the beasts with a graceful dance of love, and a wise man with a pointed hat and white clothes attempts to bribe the beasts with polenta, but all attempts fail and the beasts continues to terrorize the people. The last person to enter the scene is a hunter, who stops the destruction with two shots. The beast dies, but is revived and finally released from the spirits of evil by the hunter. An event straight out of ‘The Golden Bough‘.

La Raviolata is a food festival celebrated in Scapoli the last Sunday before Shrove Tuesday starting with small a procession, before the entire village comes together to eat the local ravioli. This specialty is an enormous and irregularly shaped, thick kind of pasta filled with a mixture of cheese, pancetta, minced meat and spices and cooked in a classic tomato sauce. Absolutely worth a try, if you happen to be in the area at the end of February.

One of the oldest festivals in Molise is the onion festival in Isernia. Over two days the streets of the old city fill with red onions, whites onions and garlic produced by farmers from all over the province. The Fiera delle cipolle, also known as San Pietro delle cipolle, because it has been said that the mother of Saint Peter was so mean and miserly that the only good deed she ever did was to grant a starving woman an onion. For this reason, the onion festival which has been celebrated annually in Isernia for centuries was dedicated to Saint Peter.

Sagra delle sciuscelle e ciabotta takes place in Castelpetroso some 10 km southeast of Isernia. In Italy, Castelpetroso is known as a pilgrim site due to the huge Basilica di Maria Santissima Addolorata located in a place, where the holy virgin appeared several times towards the end of the 19th century. This festival, however, is not religious. It celebrates the fruit of the carob tree, also called St John’s bread, and the carob pods are used in the local ciabotta soup along with bell peppers, aubergine, onion, potatoes, zucchini and other local vegetables. On July 2nd the villagers prepare and eat the dish together to the accompaniment of local song groups. Visitors are welcome to participate.

Scapoli at the end of July

In Scapoli they celebrate the Mostra mercato e festival internazionale della zampogna over three days at the end of July. The festival is fully dedicated to the Italian bagpipe, and there are visiting musicians, events and guided tours to workshops where zampogna bagpipes are still produced by hand. As always in Italy, the festival is accompanied by lots of tasty local food.

Sfilata dei carri allegorici in Frosolone starts with a religious procession that morphs into a line of floats illustrating the life and plights of the peasant population. The floats are populated by live impersonators and musicians making sure that everyone is well entertained.

Capracotta is one of the most popular ski resorts in central Italy, but every year in mid-August it lives up to its name (meaning cooked goat) and celebrates La Pezzata. La Pezzata is a festival for mutton and goats cooked over open fire as part of the pastoral heritage of the area. Capracotta used to mark an important stop, where shepherds would get together and prepare a grand communal meal during the transhumance from Abruzzo to Puglia. Today the event attracts up to 20.000 people, who bring their own wooden forks and terracotta cups to sample the traditional flavours.

Every year after Ferragosto, Agnone is transformed into a workshop for artisan crafts from all over Italy. The Citta delle Arti e Mestieri Antichi celebrate traditional crafts based on such materials as leather, gold, glass, metals and wood. Apart from artisans demonstrating their skills, there is lots of local food, dance and musical entertainment.

On August 18 the picturesque village of Bagnoli del Trigno stages a spectacular celebration for Santa Caterina. The festival starts with a wedding parade in vintage dresses from the castle to the village, and the parade is followed by lots of local food, music, flag throwers, dances and fireworks.

The tradition is based on an ancient legend saying that on this particular night this rocky outcrop is full of fairies, and whoever sees one and makes a wish, will have the wish come true. Young lovers are particularly active in this wish-making, which the local duke tries to suppress, but the fairies and the people prevail and at the end of the day the duke’s castle is burned to the ground – figuratively speaking.

Mostra Mercato del tartufo bianco di San Pietro Avellana 20 km north of Isernia is seen as the most important gastronomic event in Molise. It seeks to promote local white truffles which grow abundantly in this particular area due to a particular micro climate. During the Mostra in late October or early November you can taste samples of the local white truffle and enjoy truffle dishes prepared by local chefs. The event ends with music and taranta dancing.

Ndocciata di Agnone in December is a chance to watch spectacular fireworks. Le Ndocce are gigantic torches with dried brooms on top and they are lit up and carried through town as precariously looking balls of fire. The bearers of each torch will sing and dance as they go along. The ritual has pagan origins and it takes place on December 8th and on December 24th. 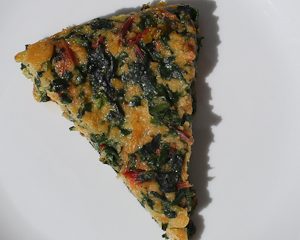 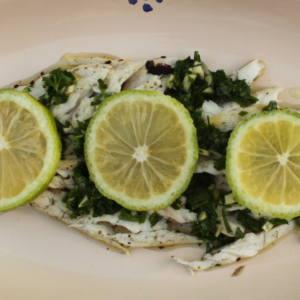