The beautiful marble pillars in many south Italian churches are nothing but a faux marble optical illusion.

Churches figure prominently guidebooks, and it is frequently impressive buildings with an abundance of expensive materials and artworks. I have often admired the various colours of the marble, covering many Baroque church, altars and pillars in southern Italy, for how on earth did craftsmen 3-4-500 years ago manage to chop, grind and carry heavy marble stone over hundreds of kilometres?

The answer is probably quite simple. Most churches in southern Italy are equipped with nothing but a thin layer of marble tiles, so you can see that age and moisture loosen a tile here and there. And quite often even the tiles proved too expensive. 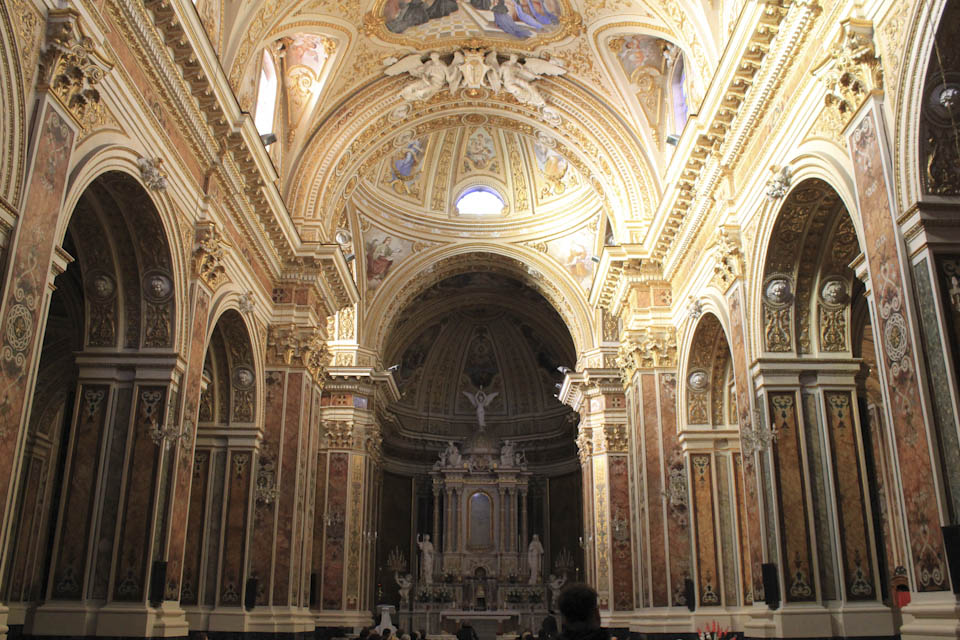 This was revealed to me by a friend who showed me around the cathedral in Francavilla Fontana cathedral. The friend is a master painter of the type with ponytail and a baggy shirt, and he is very proud of his craft and his skills as a decorator. We had only just entered the church when he pointed to a pillar and said:

– I can paint one of those.

I gave him an unbelieving, questioning look, but he maintained that all the green, red, yellow and gray marble in the church was nothing but an optical illusion. Talented painters have used a small brush and a sponge for years on end, while they scribbled crooked lines to create a credible marble effect. Some of them have succeeded so well that it is difficult to tell paint from the real thing.

A sure telltale is wear and fading patterns, along with the warm feel surface glow, in contrast to characteristic coolness of real marble and, of course, the meticulous traces of brushstrokes or elevations, where the paint has not been rubbed firmly into the surface. Moreover, some church painters went a mad in their endeavour to simulate various types of mable, making the overall impression too exaggerated patterned and colourful to be carved out of reality.

But it is quite entertaining and interesting to behold.

Faux marble and other notes on churches architecture 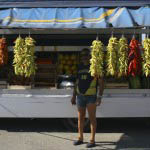 Lugo and the Ferrari logo
Scroll to top