At the end of the Appian Way in Brindisi there’s a 17 metre high column which has lost its other half to nearby Lecce.

About a month ago I stopped by Auchan in Taranto to buy some shelves, and of course I had to take a quick look at there book section, where I fell for the title ‘101 cose da fare in Puglia almeno una volta nella vita’. The book, written by a local journalist called Rossano Astremo, is exactly what it promises to be, that is, a guide with 101 suggestions for things to discover in the five provinces of Puglia. And although many of the suggestions are very familiar to residents or semi-residents, there are new inspiration to be found and even the old haunts are served with an interesting twist that spurs a second, third or thirtieth visit. 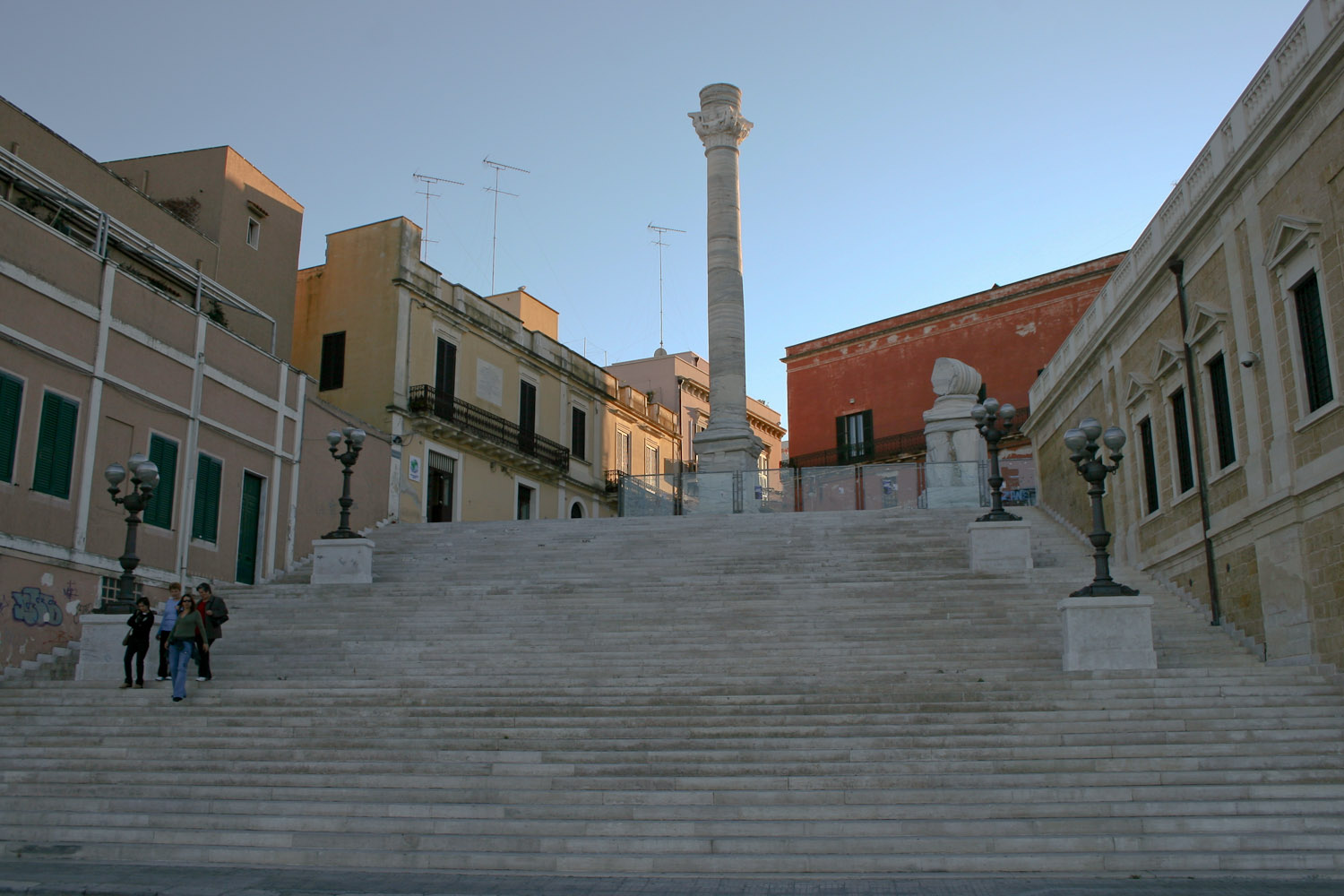 The end of the Appian Way with the column that has been standing sinde Roman times.

Take for instance the end of the Appian Way  in Brindisi. The Queen of Roads ends in steps leading down to Brindisi harbour and onwards to Africa and the Middle East. On top of these stairs the Roman constructors placed two 17 metre high columns crowned by a headband depicting Jupiter, Neptune, Juno, and Amphitrite and other gods of the sea. That happened more than 2000 years ago, at a time when Brindisi was one of the major italian cities. Later the town suffered a sharp decline, but in the Middle Ages it became the prime port for the crusades. The columns at the end of the Appian Way were the last thing crusaders saw after venturing out to recover the Holy Land, and the first landmark that greeted their return.

One of the columns, however, crumbled in 1528, but there is still one left, and you cannot help seeing it every time you visit Brindisi. For some of us this is really old news. 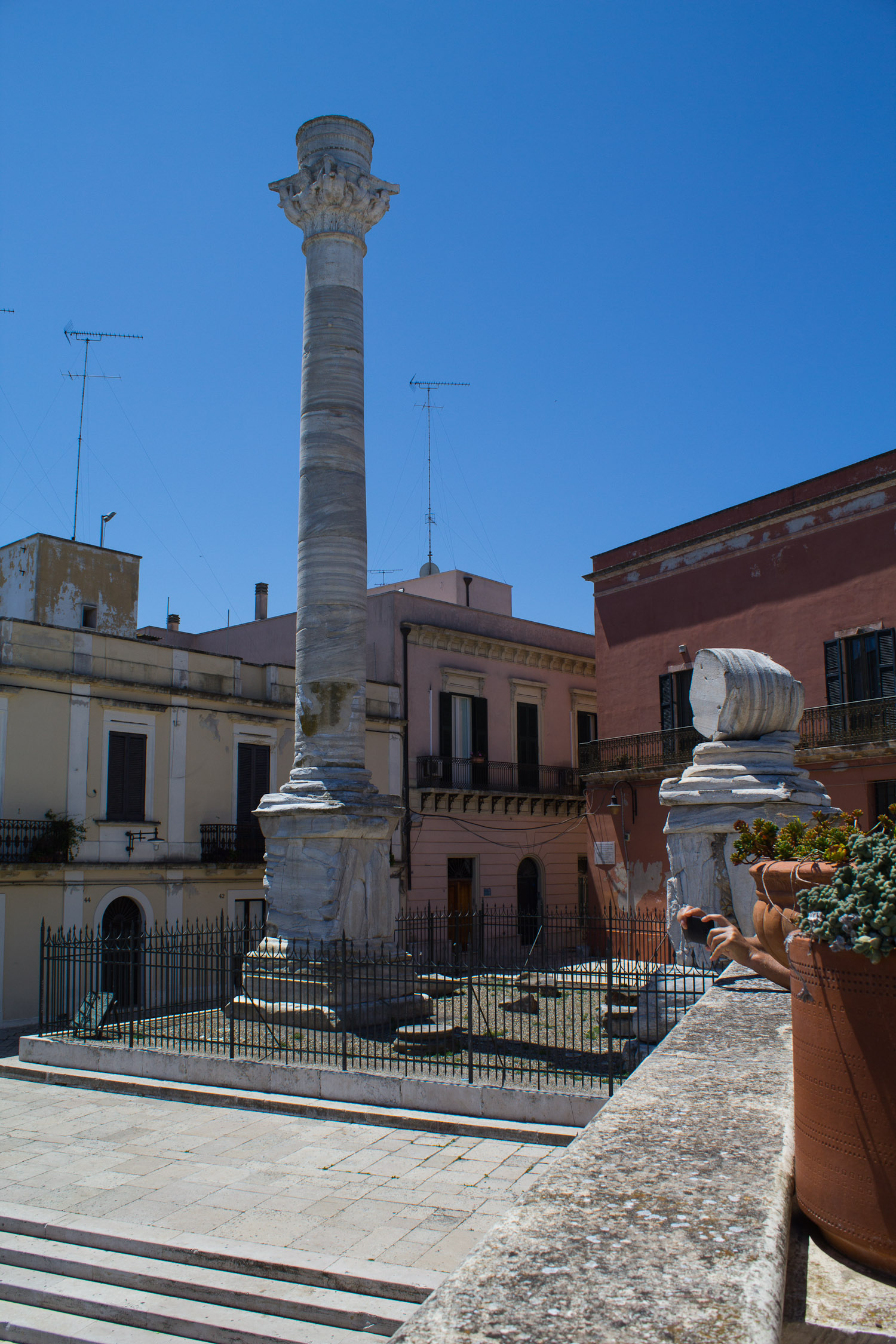 The remains of the column that crumbled in 1528 can still be seen at the end of the Appian Way.

Still, Rossano Astremo manages to rekindle interest by writing that the remains of the other column are used to support Sant’Oronzo’s statue in Lecce. The two cities have an ongoing argument about where the column actually belongs. 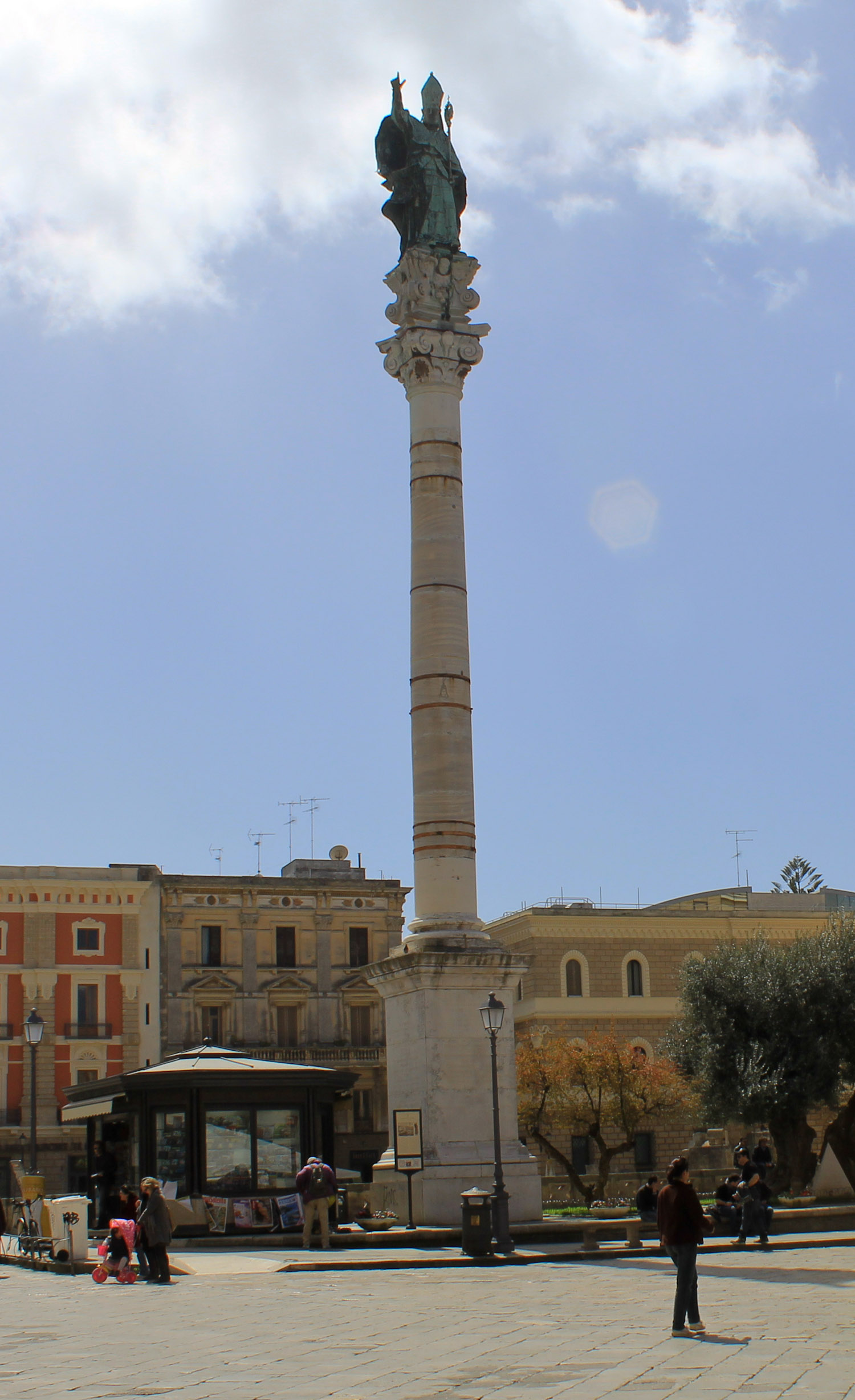 The column that has been transported from Brindisi to Lecce now carries Lecce’s patron saint.

Death of a Poet

We also learn that beside the column there is a plaque commemorating the house in which the roman poet, who has haunted every student of Latin ever since. The chronicler of the Augustan period, Virgil, died in a house at the end of the Appian Way in 19 BC on his way home from Greece, where he had caught a fever. See, that is the kind of information I cherish, and every time I visit Brindisi, I nod at the plaque and pay my respect to the dead poet, who wrote Aeneid and said: ‘Omnia vincit amor’ or ‘Love conquers everything’. 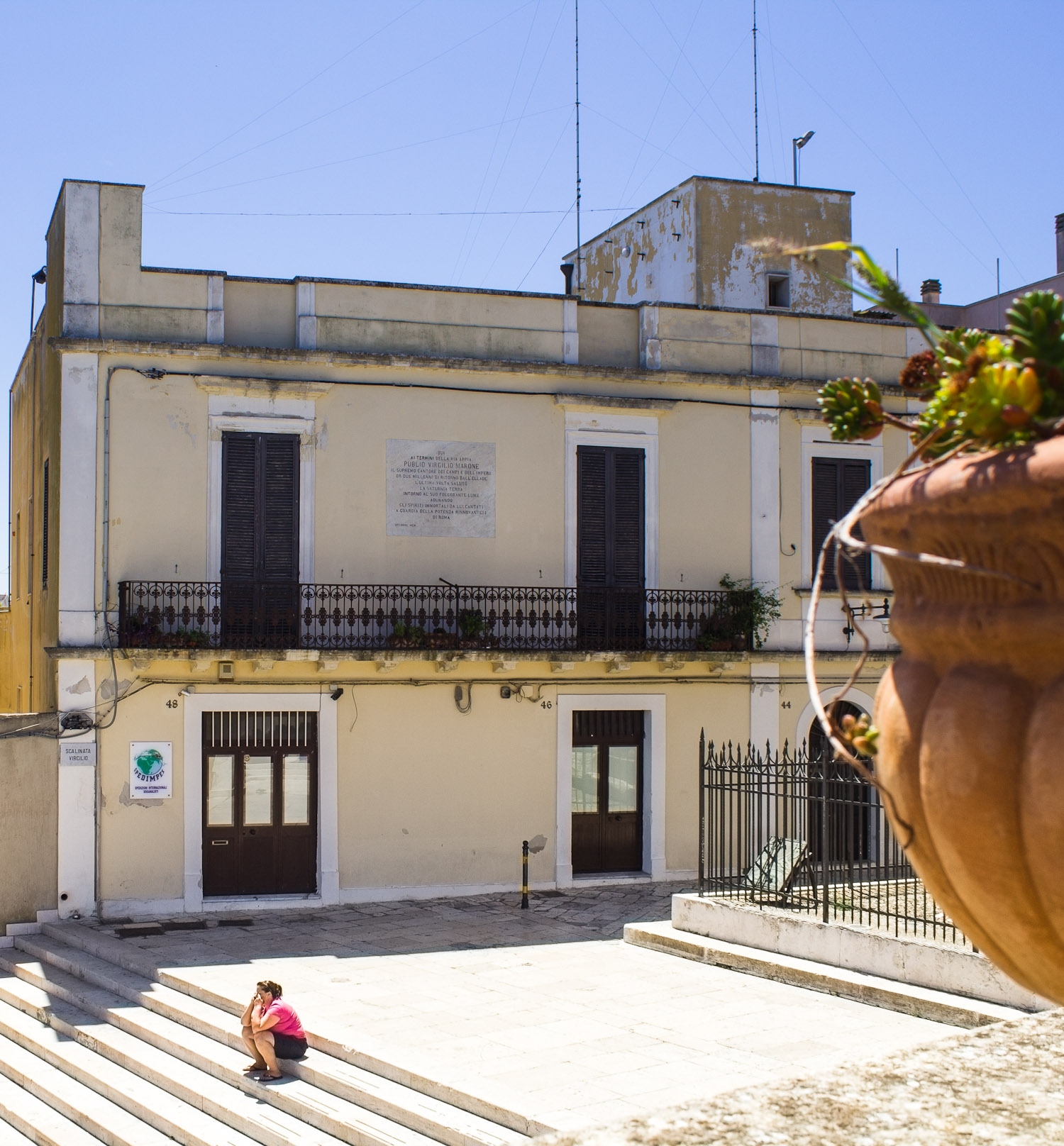 The house in which the roman poet Virgil died.

Other Notes on places near the Appian Way: