The elephants in Catania have become a local landmark as shown by the position of u Liotru landmark in the heart of the Sicilian city.

Why are there elephants in Catania?

Some claim there once lived flocks of dwarf elephants at the foot of Mount Etna. Others say it is in memory of the wizard Eliodoro from the 8th century, who could turn into an elephant, or at least shape a magical elephant out of clay to carry him back and forth between Catania and Constantinople. Still others argue that the elephant stands as a symbol of the victory Catania won over Libya, and Catania was known as elephant town already during the Arab occupation. And then there are those who believe that the local elephant myth comes from an antique circus, and that the people of Catania since the 1200s have used elephants as good-luck charm to protect them against outbreaks of Etna. 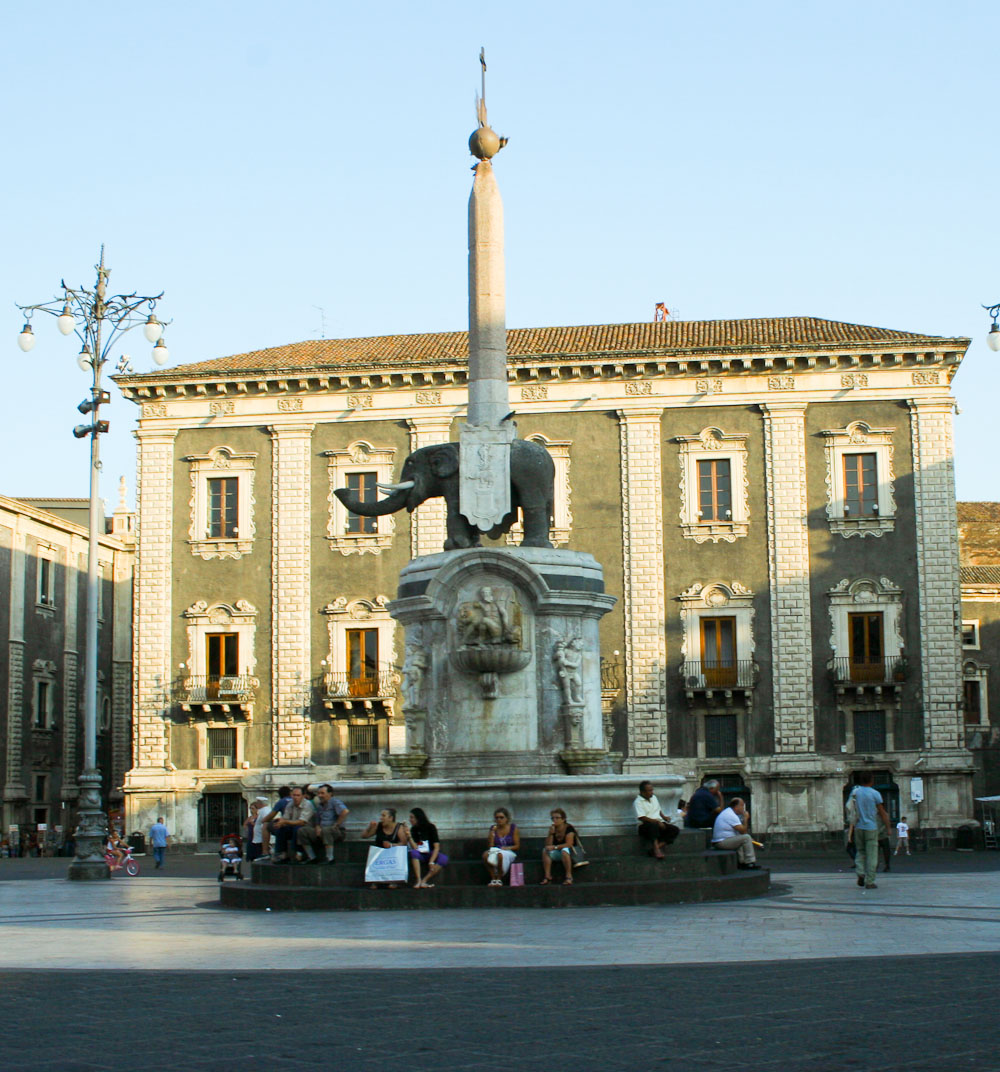 The elephant is a popular meeting place right in the centre of Catania.

In any event, elephants in general and the u Liotru landmark in particular have a special place in the heart of the second largest town in Sicily. That is the Fontana dell’Elefante in the square outside the cathedral to be precise. A black elephant with a strange 3.66 metre tall obelisk on its back enthroned over the marble fountain. A globe, cross, palm leaf, olive branch and the abbreviation MSSHDPL * crowns the obelisk, so there are signs and symbols to keep Carl Jung occupied for several hours.

The whole construction most of all resembles war booty from India or Thailand, but it is entirely Sicilian, created by the architect Giovanni Battista Vaccarini around the 1736th

The fountain marks the city centre midway between the market and the main street, the huge monastery, now converted into a university, and the port. Here you will find people chatting or resting their feet around the clock, while they observe the passers-by in a city that – also for tourists – offers much more fun than you’d expect given its reputation.

* MSSHDPL supposedly stands for “Mente sana e sincera, per l’onore di Dio e per la sua liberazione della patria,” which translates into something like “A healthy and sincere mind in honour of God and for the liberation of the homeland.”