Palazzo Te in Mantova, was decorated by unaccountable nightmares according to Charles Dickens. And the leering monsters are still there.

The Gonzaga family’s summer residence just outside Mantova‘s city walls is basically a very large square house built around a cloistered courtyard barred by colonnades. In contrast to the geometrically straight, unadorned exterior, exuberant mannerist frescos decorate the interior rooms. These are seemingly naturalistic paintings of beautiful horses and mythical figures, but their proportions are exaggerated and both colours and shapes express a wild, violent energy.

The most striking room is undoubtedly Sala dei Giganti, which Charles Dickens has described in ‘Pictures from Italy’:

“The Palazzo Tè stands in a swamp, among this sort of vegetation; and is, indeed, as singular a place as I ever saw.

Not for its dreariness, though it is very dreary. Nor for its dampness, though it is very damp. Nor for its desolate condition, though it is as desolate and neglected as house can be. But chiefly for the unaccountable nightmares with which its interior has been decorated (among other subjects of more delicate execution), by Giulio Romano. There is a leering Giant over a certain chimneypiece, and there are dozens of Giants (Titans warring with Jove) on the walls of another room, so inconceivably ugly and grotesque, that it is marvellous how any man can have imagined such creatures. In the chamber in which they abound, these monsters, with swollen faces and cracked cheeks, and every kind of distortion of look and limb, are depicted as staggering under the weight of falling buildings, and being overwhelmed in the ruins; upheaving masses of rock, and burying themselves beneath; vainly striving to sustain the pillars of heavy roofs that topple down upon their heads; and, in a word, undergoing and doing every kind of mad and demoniacal destruction. The figures are immensely large , and exaggerated to the utmost pitch of uncouthness; the colouring is harsh and disagreeable; and the whole effect more like (I should imagine) a violent rush of blood to the head of the spectator, than any real picture set before him by the hand of the artist. This apoplectic performance was shown by a sickly-looking woman, whose appearance was referable, I dare say, to the bad air of the marshes; but it was difficult to help feeling as if she were too much haunted by the Giants, and they were frightening her to death, all alone in that exhausted cistern of a Palace, among the reeds and rushes, with the mists hovering about outside, and stalking round and round it continually.”

The neglect, dreariness, dampness and desolate condition of the Palazzo has been cured and the guide is no longer a sickly-looking woman, but the frescoes remain just as frighteningly grotesques as Dickens found them in 1844, and that’s the real charm of the place. The old writer certainly knows how to stir my curiosity. 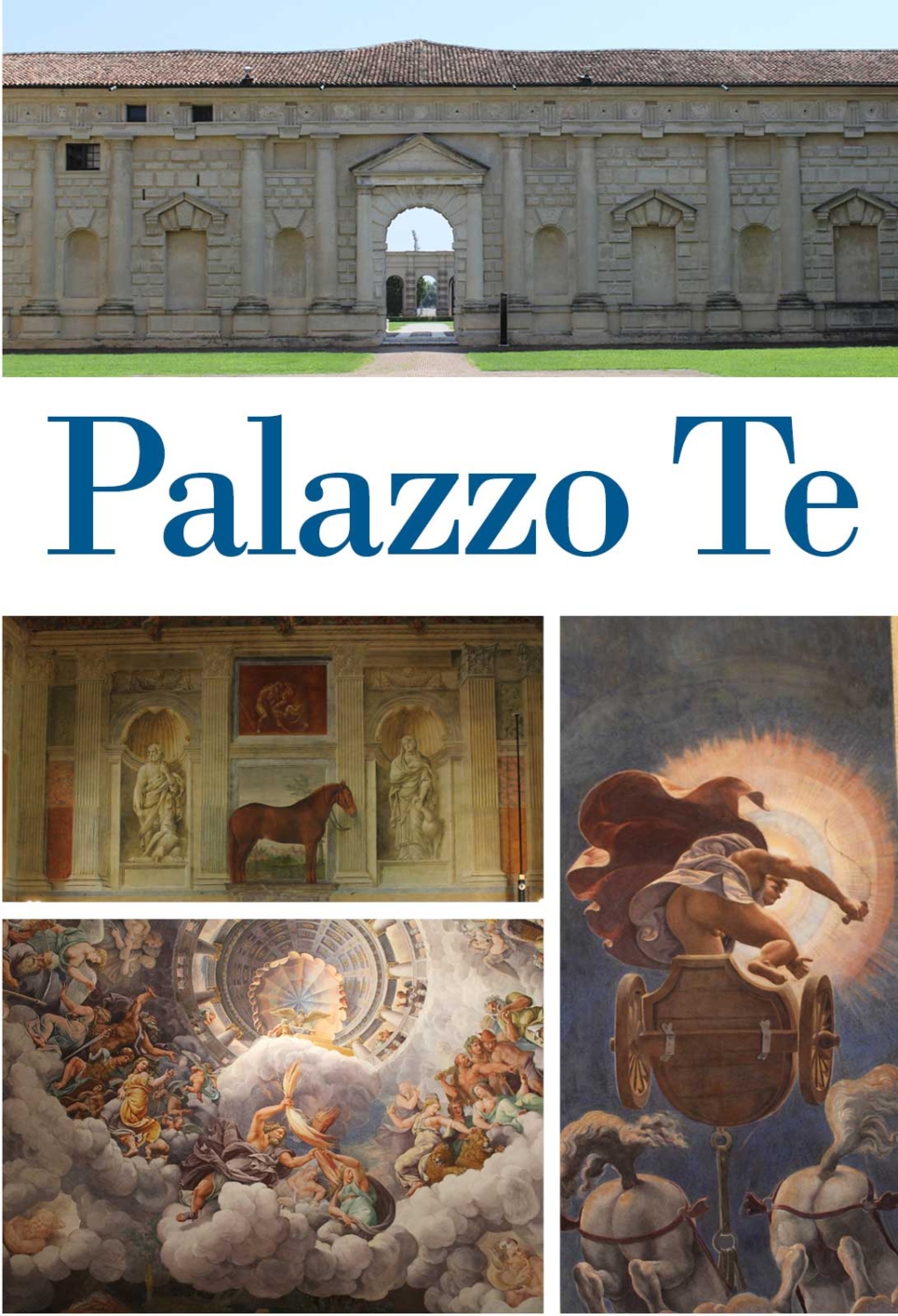 The top photo shows the rusticated courtyard of Palazzo Te, while the horses, chariot, angles and demons decorate the inner walls. I particularly like the trompe l’oeil effect of the cupola.

This blog post was last updated in November 2020 with the addition of new text and photos.