Guest post by Sarah Marder, creator, producer, reporter and co-director of a film about sustainable tourism called ‘The Genius of a Place’. The crew recently launched a fundraising campaign for editing the footage into a 90-minute film. All contributions are welcome. 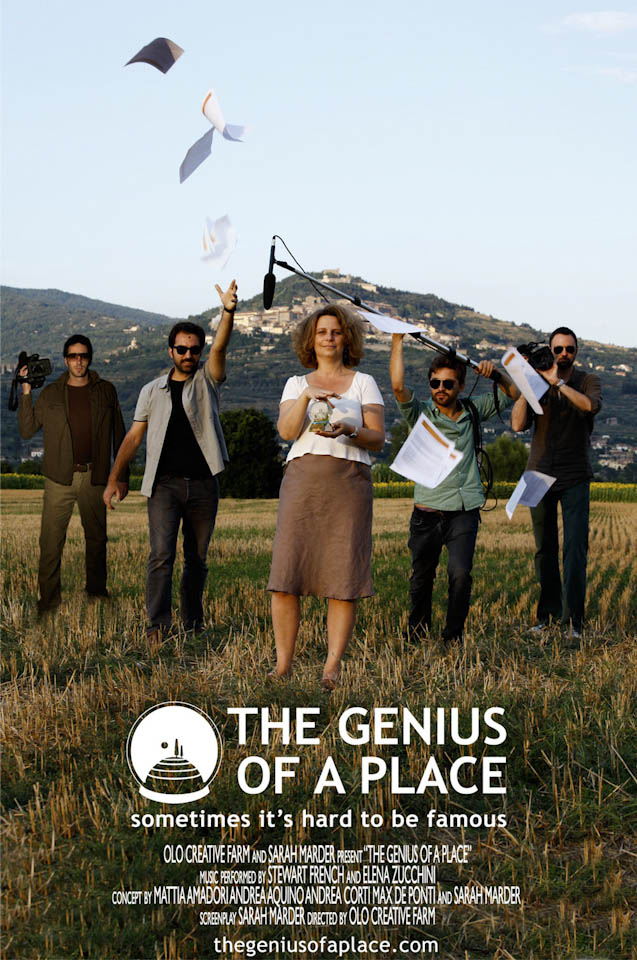 Places, like people, can be victims of their own success. They can become arrogant, frazzled, or just too popular to still feel cozy in their presence. Most of us have seen this happen to at least one place we love. We once knew it in its everyday splendor and we loved it precisely because it was as an almost unknown entity. Its touristic anonymity is what made it authentic and lent it its charm. We felt we were on intimate terms with our beloved place and delighted in  what felt like a nearly exclusive relationship.

That’s the way I felt about Cortona, a town in the Southeast corner of Tuscany, when I first got to know it in 1986. I loved the way every spot seemed a picture in an art history text book, that people never seemed in a hurry and that the stores had none of the glitz and pretense of ‘boutiques’ in a major city. What I especially loved is that I felt as though I were the only outsider there. I almost never heard a foreign language spoken and was surrounded by the particular Cortonese version of the Tuscan accent. Although it surely wasn’t true, I felt an incredibly privileged person allowed to singlehandedly partake in someone else’s world.

I think this is what many of us hope for when we travel and it creates a paradox that touristic destinations need to wrestle with. We love them best when they’re not a popular destination. It’s only natural that merchants and authorities in a given location will try to maximize revenues by drawing as many visitors as they can. Yet by doing so, they risk furthering their place’s long-term demise as a desirable destination to visit. And in the process they’ll probably also seriously damage and maybe even ruin the quality of life for residents.I call this the process of ‘touristification’.

In today’s world, practically any place of beauty is at risk. Mechanization has made it so easy for us to travel and to build that man has far more transformative power than in the past. If we truly care about these places, we need to be thinking about their futures.  The overarching message in our film is that we all need to take care of our own little patch of the earth.

This process of ‘touristification’ takes place all over the world but it’s of particular importance to a country like Italy, where tourism accounts for 12% of the GDP, being the 5th most visited country in the world, receiving 43 million visitors a year. In this process of ‘touristification’ there is a whole gamut of phases, starting with ‘undiscovered gem’ and progressing all the way to the other extreme of ‘tourist trap to be avoided by any discerning traveler’.

Cortona is an interesting case study because it’s neither one extreme or the other, as many locations are. Unlike other neighboring towns, Cortona was not “on the map”, thus remained untouched by these currents until very recently. Now it has entered into a period of rapid change as the town tries to adapt to its new circumstances. As it grapples with capitalizing on opportunities for today without compromising its future, it can serve as an instructive example for other communities facing similar challenges. If it manages its situation particularly well, balancing development with conservation of all that makes it wonderful, it can become a role model. If not, it will become like many other places.

Growth as a mixed blessing

The last decade has held a mix of benefits and drawbacks for Cortona. The main beneficiary is the town’s economy, which previously was sleepy, and some might say moribund, and now has become more dynamic. New businesses and jobs have been created and the town’s cultural offering has been expanded. This is important. Some say without this sudden growth in tourism, Cortona was dying a slow death.

It should also be noted that Cortona remains physically beautiful. It’s early in the “touristification” process I described above and it’s still a wonderful place to visit.

But this sudden economic growth has not come without a price because the huge seasonal flow of visitors flocking to Cortona has begun deteriorating the quality of life in some ways for residents in the town’s historic center. Stores in town now cater almost exclusively to tourists’ whims rather than residents’ needs, real estate prices have often become prohibitive for locals and parking has become a struggle just to name a few.

But our intention is not to point fingers at these Cortona but rather to use its experience to illustrate what is happening to communities all around the country and, indeed, all around the world. The purpose of our film is to illustrate challenges faced nearly everywhere, by photographing what is happening in a single place. The exact ingredients of the mix will vary from place to place but with similarities among all of them.

Last summer I exchanged emails with Mark McDonald, President and CEO of the Georgia Trust and a person with decades of experience dealing with the challenges of balancing development and conservation, asking his thoughts on how a right formula could be found. One of his reflections struck a deep chord in me. He had written that “historic sites often are treated as though they were strip mines, with people taking all of their wealth out and walking away; whereas I believe you should nurture them as though were sustainable farms.”

That’s easier said than done and yet seems of utmost importance in a country whose beauty and beautiful way of life are its greatest assets. After all, what would “il bel Paese” (i.e. the beautiful Country) be without its beauty? I fear it would be just your average place, one that had lost both its looks and its soul.  And that would be very sad, indeed. 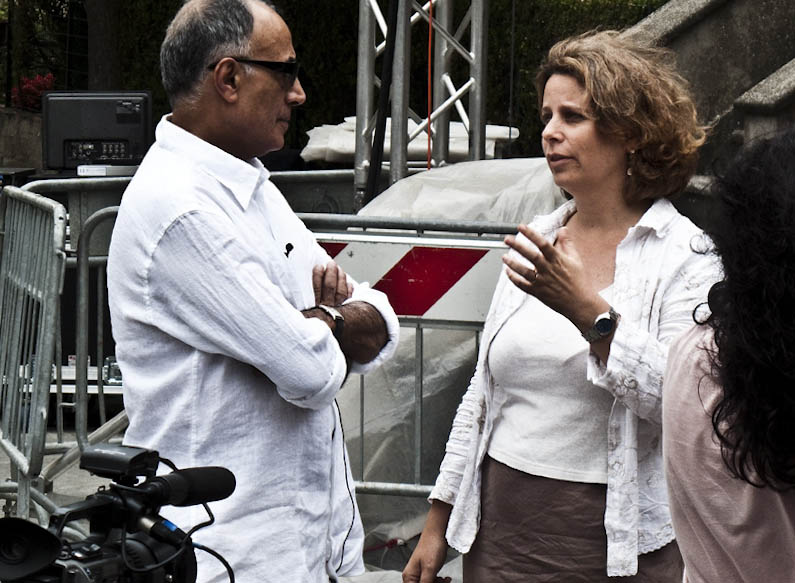 Independent films rely on others’ support

It’s exciting to be making a film and wonderful to talk about its lofty messages and yet a huge part of producing a movie of any kind involves taking care of practical matters. I’ve seen estimates that 80% of most filmmakers’ time and energy goes not into making the film itself but to weaving together all the elements needed to make the film. The element that requires most work is almost invariably finding the money to make the film.  This is particularly true in the world of independent feature-length films. They, like public tv or radio,  would not be possible without others supporting the creative team’s work.

That’s true for us, too. We have finished filming and are getting relatively close to having a finished film and yet without others’ help, we’re not in a position to complete it.  Out of our passion for the project, to date my partners and I have done all of the work on ‘The Genius’ on a volunteer basis and we’ve also footed all of our production expenses. On top of that, we’ve asked a number of our creative friends to donate their time and talents to help us move the project forward, which they’ve gladly done to show their support for the film’s messages.

We need help to finish the film

Now, after over two years of unpaid work, we’ve reached the point in which we can’t go any further without outside support. Because of this, we recently launched a fundraising campaign in which we’re seeking to raise at least $20,000 before year-end. Donations start at $10 and are made via PayPal on our campaign page www.indiegogo.com/genius 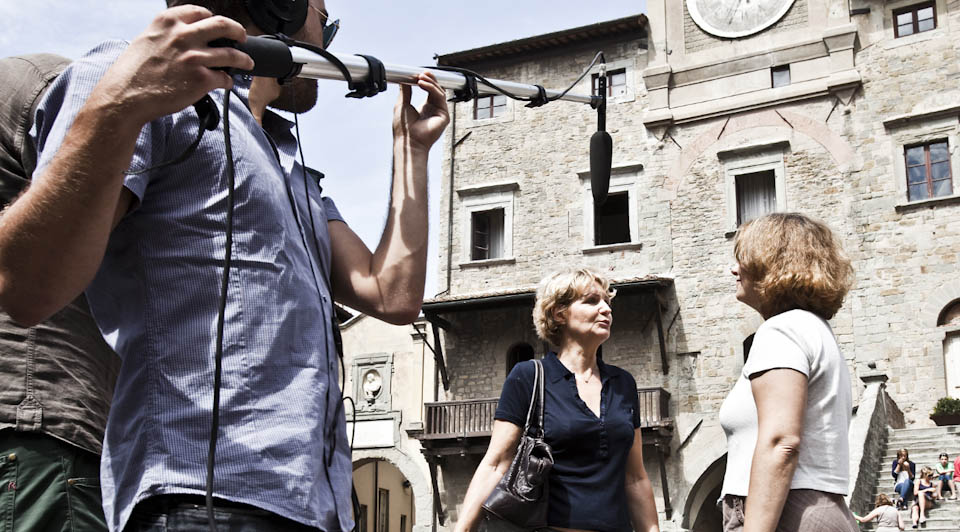 If you care about preserving beauty or promoting sustainability anywhere, I hope you’ll click on the link and watch the video, so you can get a sense of the film we’re making. If you like what you see, I hope you’ll make at least a small contribution and share our page with at least five friends.

We want to finish this labor of love and get it ‘out there’ to start sparking discussions about how the long-term well-being of any community can only be achieved through the present-day actions of people who live and visit there. We hope viewers will then band together with others to find the right solutions for their own communities.

We need many people to support our work so that we can collectively make this film and spread its messages,. I hope that you will decide to take the plunge and become one of our growing number of Genius Movie Producers.

How you can help

The film’s creative team is running a campaign through December 31 to raise funds to edit 4000 minutes (66 hours) of footage into a 90-minute film. Consider making a contribution to help make this independent, donor-supported film. Donations start at 10 U.S. dollars, are tax deductible in the US, and major gifts will be mentioned in the film’s closing credits. For information on the fundraising initiative and the film itself, see www.indiegogo.com/genius.

Sarah Marder is creator, producer, reporter and co-director of The Genius of a Place. Before beginning work on the film, Sarah spent 22 years in Citigroup carrying out a variety of communications and community-related roles including the Head of Corporate Communications and Community Affairs for Citigroup in Italy. Sarah has a degree in International Relations from Georgetown University’s School of Foreign Service and lives in Milan with her husband and four children. She has lived in Italy since 1988.

If you’d like to share your thoughts with Sarah please feel free to do so on Facebook https://facebook.com/thegeniusofaplace, Twitter @wise_places, by commenting on the IndieGoGo page listed above or by writing her on sarah@thegeniusofaplace.com 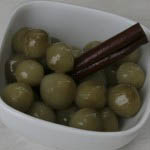 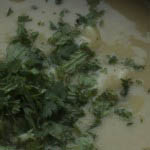