This chocolate almond cake tastes like a kind of baked truffle. And it has a tendency to vanish into thin air shortly after being made.

Chocolate did not enter Europe until the 16th century with the Spanish conquest of South American, but the drink soon became popular at the Spanish court and from there it spread to the semi-independent County of Modica on Sicily and to the Duchy of Savoy in Piedmont. Italians claim that it was masters from Turin, who developed chocolate in its solid form 200 year later, and they may or may not be right. Turin still cherishes the art of chocolate making.

This chocolate almond cake tastes like soft but solid chocolate. It is more bitter than sweet – a kind of baked truffle – and therefore very filling. Still, it has a tendency to evaporate and vanish into thin air shortly after being made.

Melt butter and chocolate in a heatproof bowl immersed in boiling water.
Knead marzipan with sugar.
Gradually stir the butter-chocolate mixture with the almond paste.
Use an electric mixer to beat in one egg at a time.  Keep the mixer going until you have got a smooth texture. Stir in 1 tbsp of flour.
Grease a springform tin and fill with the cake mixture.
Bake the cake for 30 minutes at 175 C (350 F)
Let the cake cool on a wire rack.
Melt chocolate and butter in a bowl immersed in boiling water.
Spread melted chocolate over the cake as icing and sprinkle the chocolate almond cake with candied violets.

Chocolate with a bleeding heart 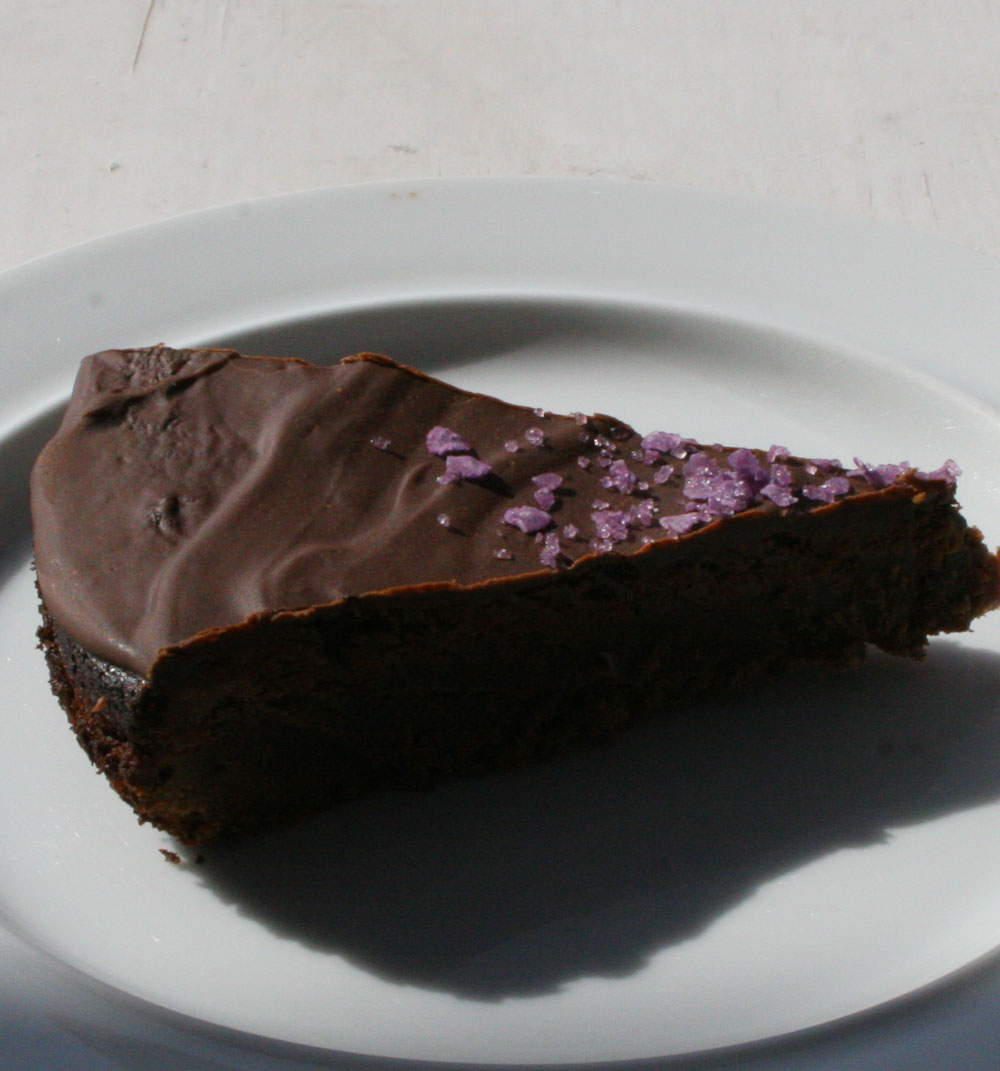 Farro salad with eggplant and zucchini 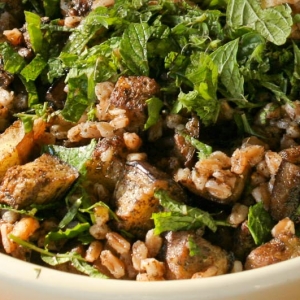 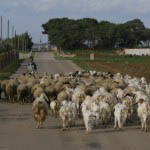