The Charterhouse of Pavia came as a shock to this first time visitor who had not expected to find exuberant architecture in these rather drab surroundings.

A Charterhouse is a Carthusian monastery which in my mind was linked to seclusion, modesty and asceticism and there was nothing in the flat landscape covered by a thick early morning mist to challenge this impression. I was therefore rather surprised to see the line-up of tourist coaches coughing out hundreds of Italian visitors from all over the country at the parking lot of Certosa or Charterhouse of Pavia in Lombardy. 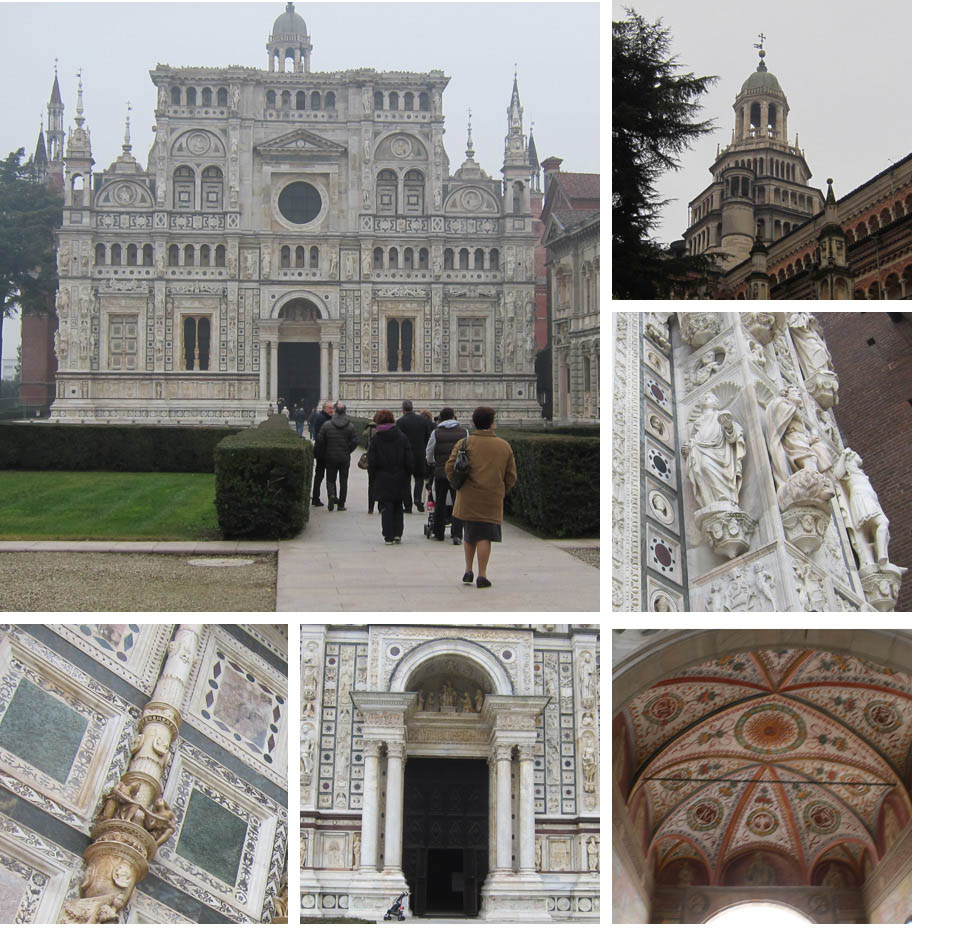 The Charterhouse of Pavia is richly decorated inside and out.

Church with a full-body tattoo

A high wall surrounding the entire structure made it impossible to catch a glimpse of the hidden treasures, and you could hear people gasp, when they entered the courtyard and saw the exuberant facade of statues, reliefs and inlaid marble not unlike the Cappella Colleoni in Bergamo. It was like the church equivalent of a full-body tattoo, and I spent about an hour just glaring at all the sculptures and decorations.

The effect was so overwhelming I completely forgot to notice the frescoes and stained glass window in the church, just as I did not sign up for one of the guided walks around the cloister gardens. We did manage to take a peek view of one of the enclosures with open arcades running along the inner walls of the buildings, but then a sinister looking monk gave me a look indicating that we were trespassing. 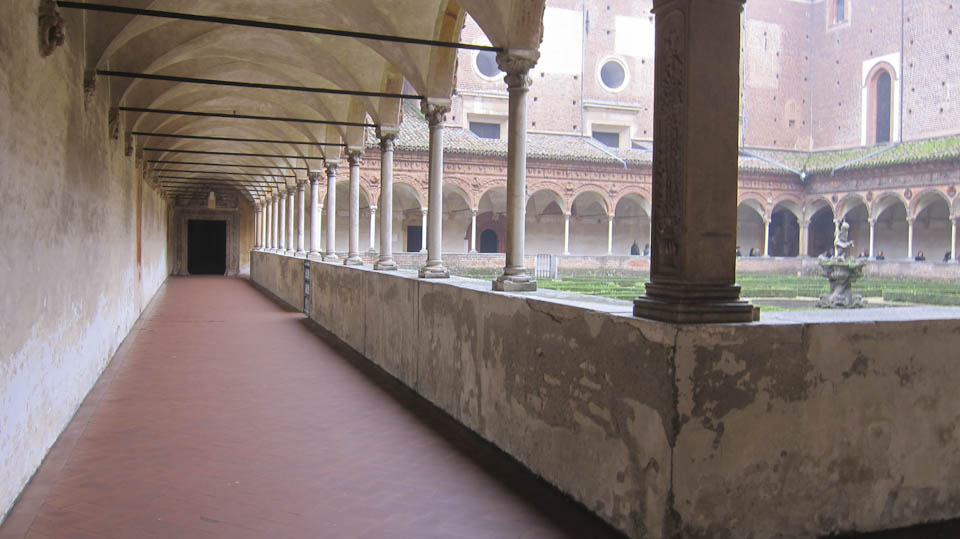 The Charterhouse of Pavia’s claim to fame

Still, I was happy with the front of the church and a cursory knowledge of the 600 year history of this charterhouse, which is probably not the one made famous in a novel Stendhal in 1839, even though there are more than phonetic affinities between Parma and Pavia.

Still, the Charterhouse of Pavia has played other roles in world history. On August 13, 1946, the paper Reading Eagle reported that the ‘body of Mussolini had been found in a trunk at Pavia monastery’. The badly battered body of the fascist leader had been displayed in the Milan square before it was buried in an unmarked grave. From there it was exhumed by grave robbers identifying themselves as democratic fascists. Apparently the body was kept hidden in a trunk in the Charterhouse of Pavia for four months, before it was rediscovered by the police and two monks were arrested. The ensuing scandal closed the monastery for three years.