Insalata di rinforzo
All Italian cookbooks seem to present a version this cauliflower salad, which is originally part of Neapolitan Christmas traditions.

Some say it gained its name from being served as part of the traditionally modest, fish-based meal on Christmas Eve, where a hungry family needed a hearty vegetable as reinforcement. Others claim the name refers to the practice of stretching the salad over Christmas by adding new vegetables and fish like salted cod or baccala to the leftovers every day until New Year.

Both ways it’s a tasty cooked salad. Even when served at other times of year, whenever and whereever the cauliflower is in season.

Wash the cauliflower, break it into florets and blanch them in boiling water for 2 minutes
Mix a dressing of olive oil, vinegar, capers, peperoncino and mashed anchovies and pour it over the drained cauliflower.
Wash and cut the bell pepper into bite-sized strips. Give them a quick fry rounded off with a pinch of sugar and a little vinegar.
Add the red pepper to the salad along with the sliced olives.

Broccoli and bacon in white dressing 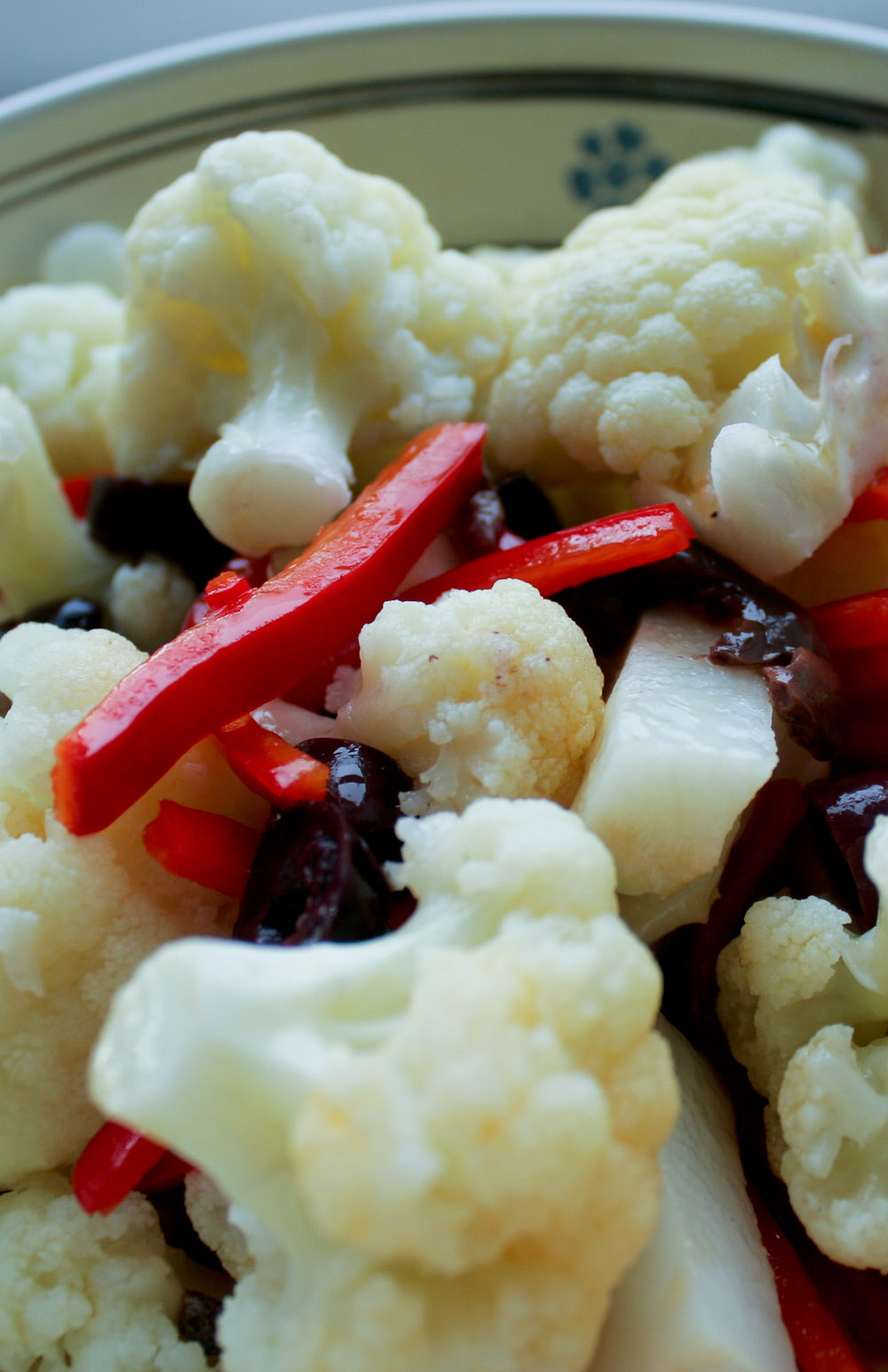 The hearty rinforzo cauliflower salad can be stretched to last for days.