The Cathedral of Otranto

Behind the altar of a side chapel in the Cathedral of Otranto glass cases exhibit the skulls and bones of 813 martyrs who died for the faith in 1480.

In July of 1480, 128 Ottoman ships landed on the shores of Otranto in an attempt to invade and conquer Italy. An army of nearly 20,000 Ottoman Turks methodically passed from house to house, sacking, looting and setting them on fire, and though the people from Otranto and other parts of Salento tried to fight back, they were no match for the invading forces. A total of 12.000 babies and adult men were killed and some 5.000 women and able children were sold into slavery. 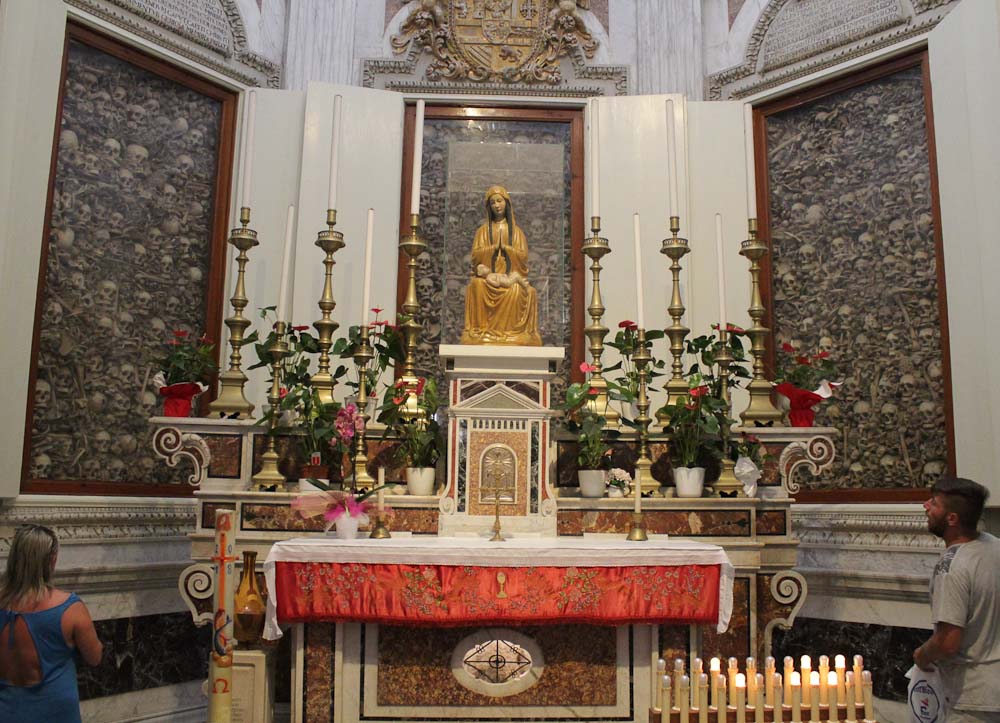 The ossuary chapel of the Cathedral of Otranto displays the skulls and bones of 813 martyrs why died for their faith in 1480.

A contingent of 813 men led by the Archbishop survived the bloodbath by hiding in the crypt of the cathedral of Otranto. They were discovered eventually, and the ottomans gave them the option to convert to Islam. They all refused and stood firmly by their faith. One man in particular stood out in his conviction. It was the tailor Antonio Primaldo spurred the others on, and in consequence he was the first to be executed. However, his body remained standing upright long after the blade had decapitated him, and according to legend the executioners could not force his body down until all the prisoners had been beheaded. This miraculous feat prompted one executioner to convert on the spot, but he was immediately impaled. 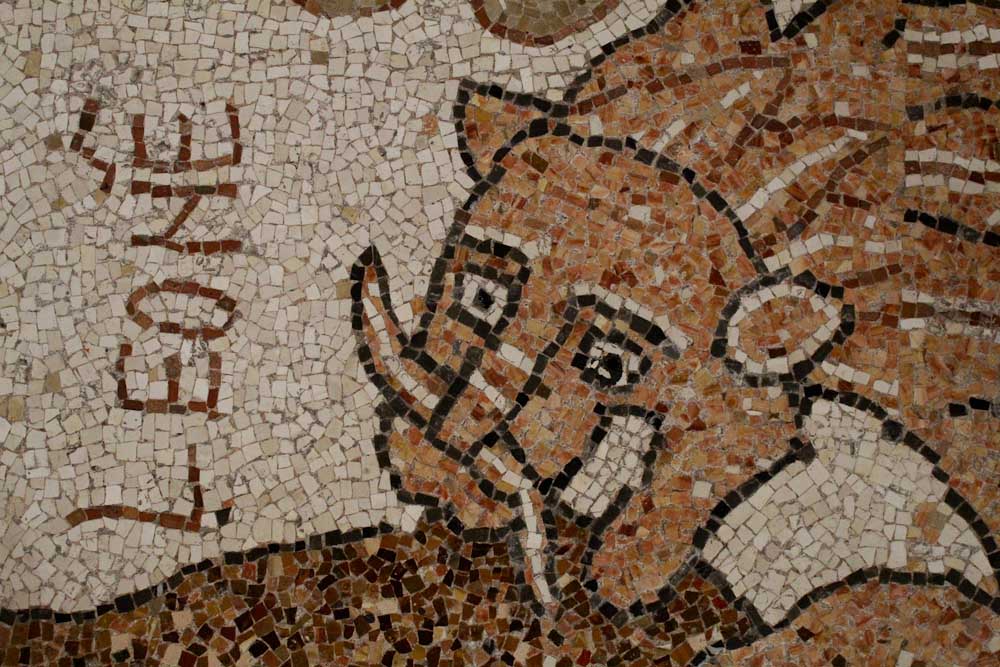 The Cathedral of Otranto is also famous for its rough mosaic floor considered one of the most important examples we have of 12th-century art.

Around the same time, Ottomans also attacked Vieste, Taranto and Brindisi, and there was fear that Rome would suffer the same fate. However, due to lack of supplies, the Ottoman commander, returned with most of his troops to Albania leaving a garrison of 800 infantry and 500 cavalry behind to defend Otranto. They were attacked by an Italian crusade to liberate the city led by Alfonso, Duke of Calabria, who was the son of King Ferdinand of Naples. The Turks surrendered Otranto in August 1481, ending the 13-month occupation.

At that point the cathedral of Otranto had been badly damaged. During the occupation it had been used as a mosque and a stable, but the rose window and some of the 12th century frescoes in the crypt were eventually restored along with the unique Norman mosaic floor which is considered one of the most important examples we have of 12th-century art. The martyrs’ skulls and bones were collected and placed in the cathedral’s reliquary.

In 1711 a chapel was built off the main cathedral, specifically dedicated to the martyrs. Some of their bones were placed in glass cases behind the altar and the “stone of martyrdom,” upon which the Christians are believed to have been beheaded, was placed behind the altar. In 2013, the 813 martyrs who hid in the cathedral of Otranto were collectively granted sainthood by Pope Benedict XVI.