It is hard to understand how someone can be “Matta e disperatissima” in the beauty of Le Marche. Until you read Leopardi – the poet of Recanati.

Recanati near Macerata is a pretty postcard town with a medieval tower, 17 churches and monasteries, a Palazzo Vescovile and surrounding wine fields on beautiful rolling hills. It is hard to understand how someone can be “Matta e disperatissima” in such a beautiful setting.

Yet Recanati is most famous as a place from which people run away. Italy’s great romantic poet Giacomo Leopardi – cf. eg Canti: Poems / A Bilingual Edition

– was born in this town, but its mediocrity drove him to madness and despair. Racanati had experienced a great revival in the 16th and 17 century, leading to wide streets and grand houses, but its prosperity faded before Giacomo Leopardi was born in 1798, and even the Leopardi family, who had lived in a fine palazzo facing the piazza for 500 years, was on the verge of bankruptcy.

His father spent his last money on young Giacomo’s education that took place in the house library among 20,000 books and isolated from other children. When Giacomo Leopardi was 18 years old, he mastered Latin, Greek, Hebrew, and several modern languages, he had written a history of astronomy and a treatise on scientific errors in antiquity, authored two tragedies, poems and numerous translations of the verse. Yet he was deeply unhappy. He suffered from a bad back, asthma and poor eyesight, and he earnestly longed to escape Recanati, which he called “my uncivilized hometown” and “Questo albergo dove abitai fanciullo, / E gioie delle mie vidi la fine”.

Giacomo Leopardi escaped from Racanati in 1818, but was brought back by his estranged father, and Giacomo kept living in the city on and off until 1832, when he finally had the opportunity to leave and stay gone. He died in Napoli before his fortieth birthday five years later, but the family palacein Recanati still remains, and it is even open to the public, so you can see the library and the locations for a severe case of youthful “Weltschmerz”.

Strolling through town afterwards or sitting in a café you cannot help but wonder how anyone can stay blue amid so much golden yellow sunlight.

Hemingways Italy: Cilento is littered with stories, myths and traditions of people struggle with each another, with the gods and with the forces of nature. 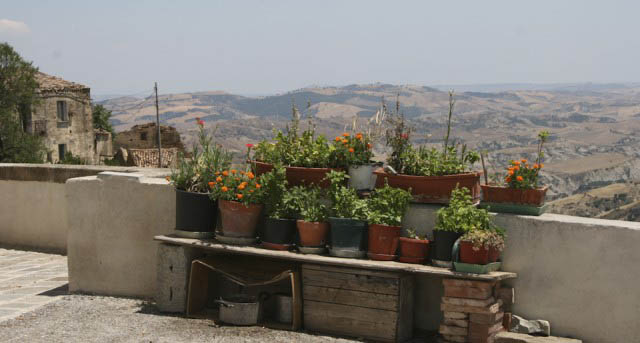 Visit Aliano: If you have ever visited the small town of Aliano in Basilicata, you will never forget where Carlo Levi wrote his famous book “Cristo Si E Fermato a Eboli

“ – about how Christ and Christianity never penetrated il mezzogiorno south of the town Eboli.

Today Alianohas only 1000 inhabitants, but they are ever so proud of their claim on the fictional Gagliano that every house, every square, every wall and even some trees sport a small quote from the book. Midway between the old and the new town, a bronze bust of Levi on a pile of stones from observes town life and the scenery. And even the cemetery is geared for sightseeing. 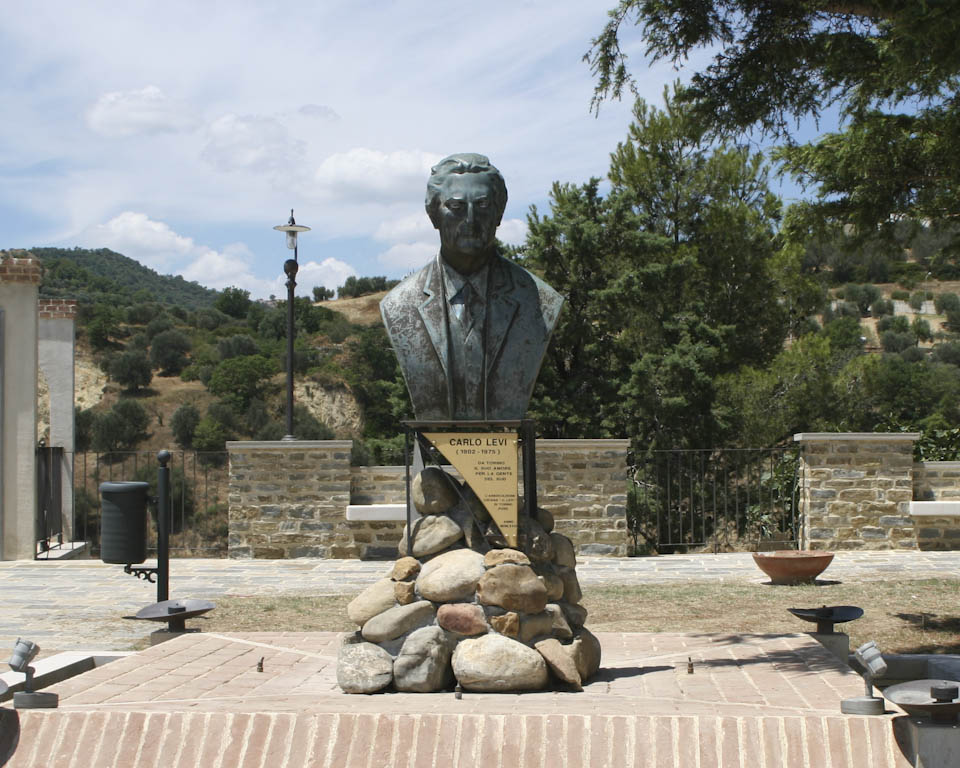 We walk around between grave walls and wonder why Italians even in the after life prefer to live in high rises before we finally find Levi’s grave between the two cypress trees, he describes in his book. On the grave is a pile of smaller stones.

– Levi was a Jew, and it is a Jewish custom to place stones on the grave, an elderly American couple explained. The four of us seemed to be the only tourists in town on this fine summer day in the high season.

The American had read the book and seen the movie

so many times that he knew the story by heart, and he told us what the cemetery meant for Levi, who to the great disappointment of the villagers never returned to Basilicata after 1936, when he escaped from his exile. He was, nevertheless, buried in Aliano, where people have been expecting a boom in Levi tourism ever since.

They have built a large parking lot in the centre of the town that still hangs perilously on the edge of the abyss, but now they can at least accommodate large air-conditioned coaches that conquer the 28 hairpin bends of the only road to town. Still, the tourists are not exactly queuing to visit the place. Apart from the American couple we see no foreigners. Most tourists apparently follow Christ’s example and stop at Eboli. In this sense Aliano has not changed over the last 70 years. As a Carlo Levi quote on a walls says:

If you visit Aliano, you might also want to see: 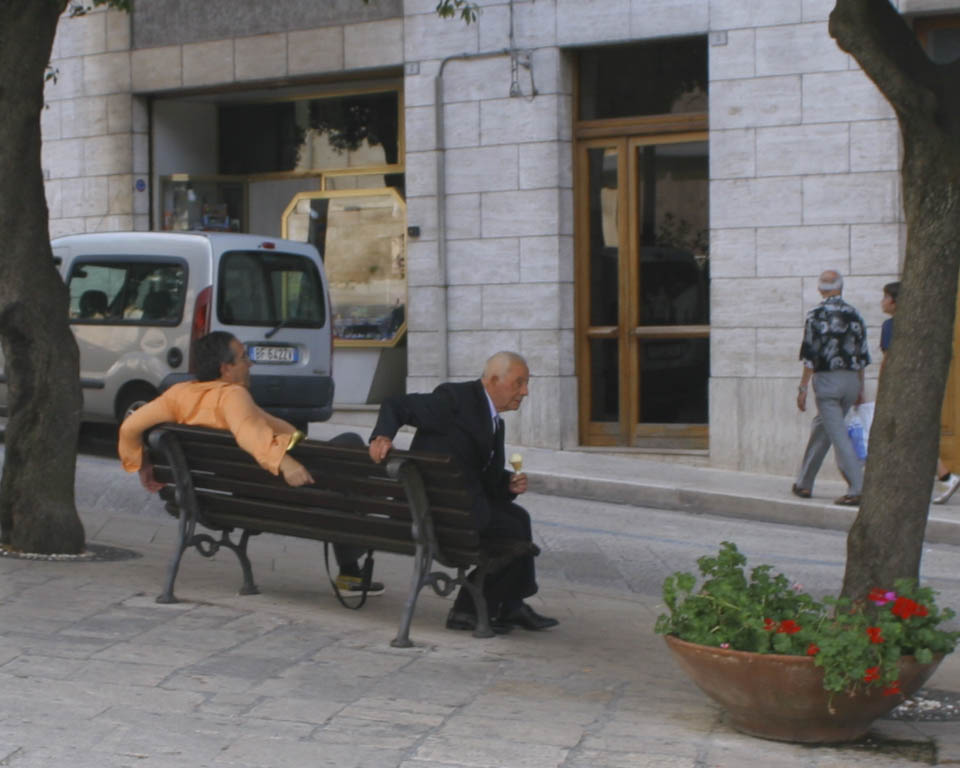