Italians can be very cautious in relation to hikers. And hiking in Calabria made me wonder if they are afraid of trees.

I may be mistaken – in which case I apologise profoundly – but I have got the feeling that many Italians are intimidated by trees, when they – the trees that is – appear in great numbers. The suspicion arose a couple of years ago in the Pollino national park near Castrovillari in Calabria, when we stopped on a deserted hilltop to enjoy the view. Close by a broad dirt road led into a group of pine trees offering shadow and refreshing coolness, so we decided to take a walk. We had not gone more than 300 metres before a police car appeared out of nowhere.

– Where are you going? The policeman asked in a not too friendly tone that ended in a regular warning: Don’t walk too far. You might get lost. 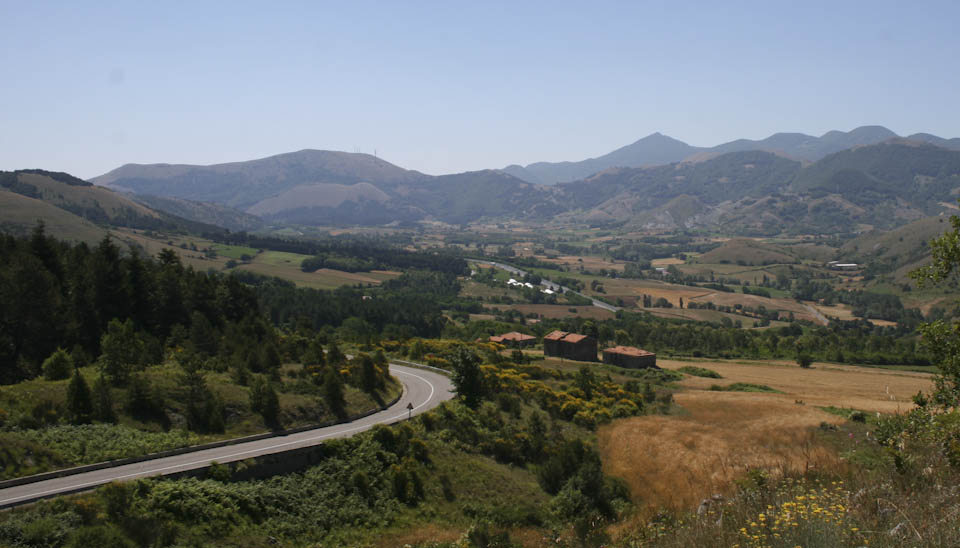 The episode sort of baffled me. There were no military installations around and no signs forbidding picnics, hikes or Sunday strolls, so I imagined a mob-hunt or criminal hide-out in the hills were making the area temporarily off limits to the public. We were not setting out into the Amazon jungle or going mountain climbing the Dolomites, so the idea that the landscape might pose a threat did not even occur to me. I mean, I have been scared when lost in a dense Swedish forest, where you can literally walk for days without seeing traces of human life, but a pine wood in Pollino? Come on.

And then I forgot about it – until a recent visit at Tenute Al Bano Carrisi in Cellino San Marco. Behind the cantina the famous singer is supposed to have one of the biggest original forests on Salento, but the 60 hectare of eucalyptus, fir and pine trees were all fenced in and locked up. As we were standing by the gate, a skinny man in overalls approached saying “You won’t get in there”. When asked why, he explained that it was far too dangerous to walk around in the forest on your own, as you might get lost, but in the summer Tenute Al Bano arrange guided tours in a small fairground train for those who want to explore the wilderness.

Still, I really don’t get it! I mean, Little Red Riding Hood could not be led far astray by big bad wolfs in this forest, and even on a dark moonless night with no visible pebbles, Hansel and Gretel would be able to find their way out simply by walking along the fence until they reached the gate, so what is the problem?

If everything else fails you can always adopt the Swedish tree hugging method based on the assumption that someone will find you, before you get too exhausted to shout for help, unless of course there is an altogether different explanation behind the Italians’ urge to protect tourists from getting lost in forests.

Other things to do than hiking in Calabria