Catania is better than its reputation: Like several guidebooks, I have had my reservations about Catania. That made the city a very pleasant surprise.

“Catania does not tempt me, not because I have low thoughts about it, but by now I am so spoiled with dates expressed by VI, V and IV BC, that this beautiful and winning city with an excellent harbour from the time after Etna’s large outbreak, does not grip me, although it has a fine cathedral, magnificent palaces around pompous squares, fine boulevards and elegant parks, so I merely note that there is a rhythm in Construction, town planning and Industry like it was Milan and not Sicily.” Peter Schindler: Dage i Syditalien (1958)

Like several guidebooks, I have had my reservations about Catania. A meeting with a two families from the city a few years back did not serve as a recommendation, because of their truly annoying children and pompous attitude, propped by a couple of Mercedes cars, diamond rings, Rolex watches and heavy gold chains. Besides the civil traffic war around the port made a previous visit to Catania a desperate struggle to get away as fast as possible. At a distance both Catania and Etna more seem threatening. 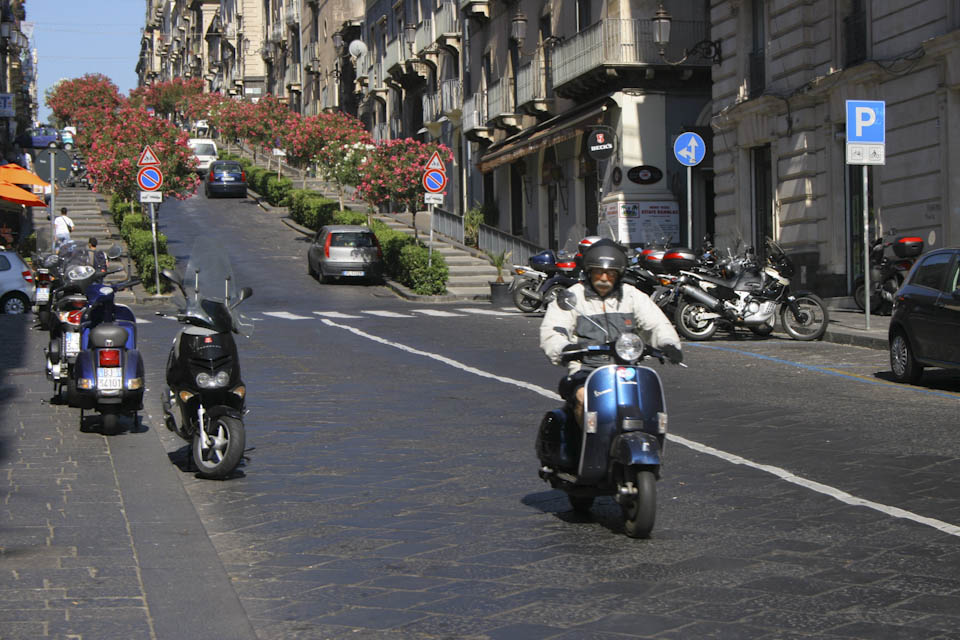 ”Catania’s crumbling appearance, its chaotic traffic and its reputation as a major crime centre may make the city seem uninviting on arrival (the ugly location of the train and bus station doesn’t help). While admittedly not Sicily’s best profile, Catania merits the benefit of the doubt.” Lonely Planet Italy

Surrounded by such negative prejudice, you are definitely in for a pleasant surprise. Once you make it into the straight downtown streets, Sicily’s second largest city is top charming. Catania has nearly 300,000 inhabitants, and 62,000 of them study at the university according to Wikipedia, which explains the youthful and friendly atmosphere. The streets teem with people until late at night, there are heaps of cafes, bars and cultural events, and in the day time Via Etnea is a veritable shopping mecca, seeming to stretch right up to the top of the volcano.

Twice in 1169 and 1693 Catania was destroyed by violent earthquakes, and in 1669 a lava stream flowing 700 meters into the sea covered the area. As a result that the old town appears relatively new compared to many other Italian cities. The wide streets are straight and perpendicular to each other, as if they have been drawn with the ruler, and on all north-south going streets Etna looms in the background. Etna makes it to find your way around, but it also shows how fragile the city is, in case of a new major eruption. The danger is underlined by signs showing the way to “Area di attesa in caso di Terremoto”. 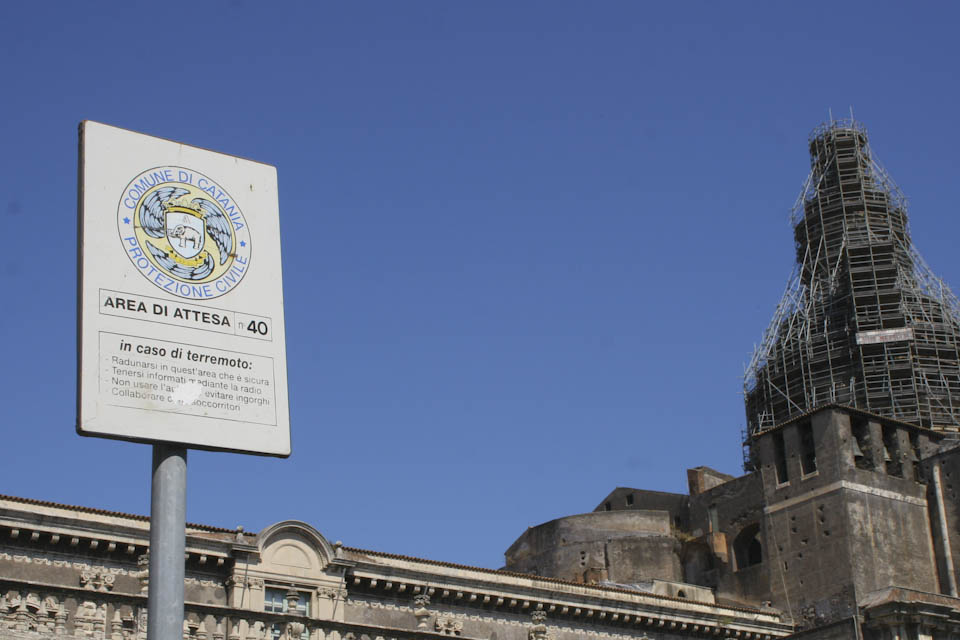 “Catania is much visited by tourists, hardly so much because of the city’s own attractions but because of its location, roughly halfway between the two major tourist magnets Taormina and Syracuse, and by virtue of the proximity to Etna. Apart from these pluses, it also presents some most unfortunate minuses. Firstly, it is the warmest Sicilian town in summer (or at least one of the hottest), where the temperature may reach 40 degrees and sometimes even more. Secondly, it’s signs are not exactly tourist-friendly, which is of no major importance when it comes to attractions in the city center, but could pose big problems when it comes to finding the way to the center, and is nothing short of hopeless when it comes to finding the right way out of town … The third drawback is that the city is said to be the Chicago of Sicily, where bombings and assassinations in the street are recurrent phenomena; a tourist must however be extremely unfortunate to witness these crimes. “Palle Spore: Syditalien- en guide (1991)

And as previously mentioned: No earthquakes, eruptions or murders in the streets of Catania, while we were there.

Hikes on mount Etna – the edge of an active volcano