The Castle of Udine

How pompousness helped to shape the Castle of Udine

Right in the centre of an otherwise pretty flat city of Udine, there is the ruins of an ancient castle built on a hill with a weird and unbelievable legend.

Most men (and women) with drive and ambition seek to rise above their station, so to speak. History books are full of leaders who have succeeded in achieving this goal, some in a very literal way, and I’m not just talking about a discrete heel.

A superficial history of self-elevation

The Roman emperor, Nero, who practiced poetry, music, painting and sculpture and participated in the Olympics, where he won every contest he entered, was rumoured to start the fire of Rome, because he wanted to make space for the construction of his Golden House including a 30-metre tall statue of himself.

Galileo Galilee climbed the leaning tower of Pisa and elevated himself to the father of science, when he dropped two spheres along with natural philosophy in order to demonstrate a new law of gravity.

Tiny Garibaldi, whose trousers, which can be seen on display at the Museo del Risorgimento in Turin, are so small they would fit a 12-year-old, is always waving down at us from elevated equestrian statues.

Mussolini left a multitude of supersized monuments and building markers all over Italy, and Berlusconi is said to have built a mausoleum in front of his villa inspired by the tomb of the Egyptian pharaoh Tutankhamen. Depending on the eyes that see, these examples can be classified as either greatness or illusions of grandeur, but they all serve to make certain people appear larger than life. 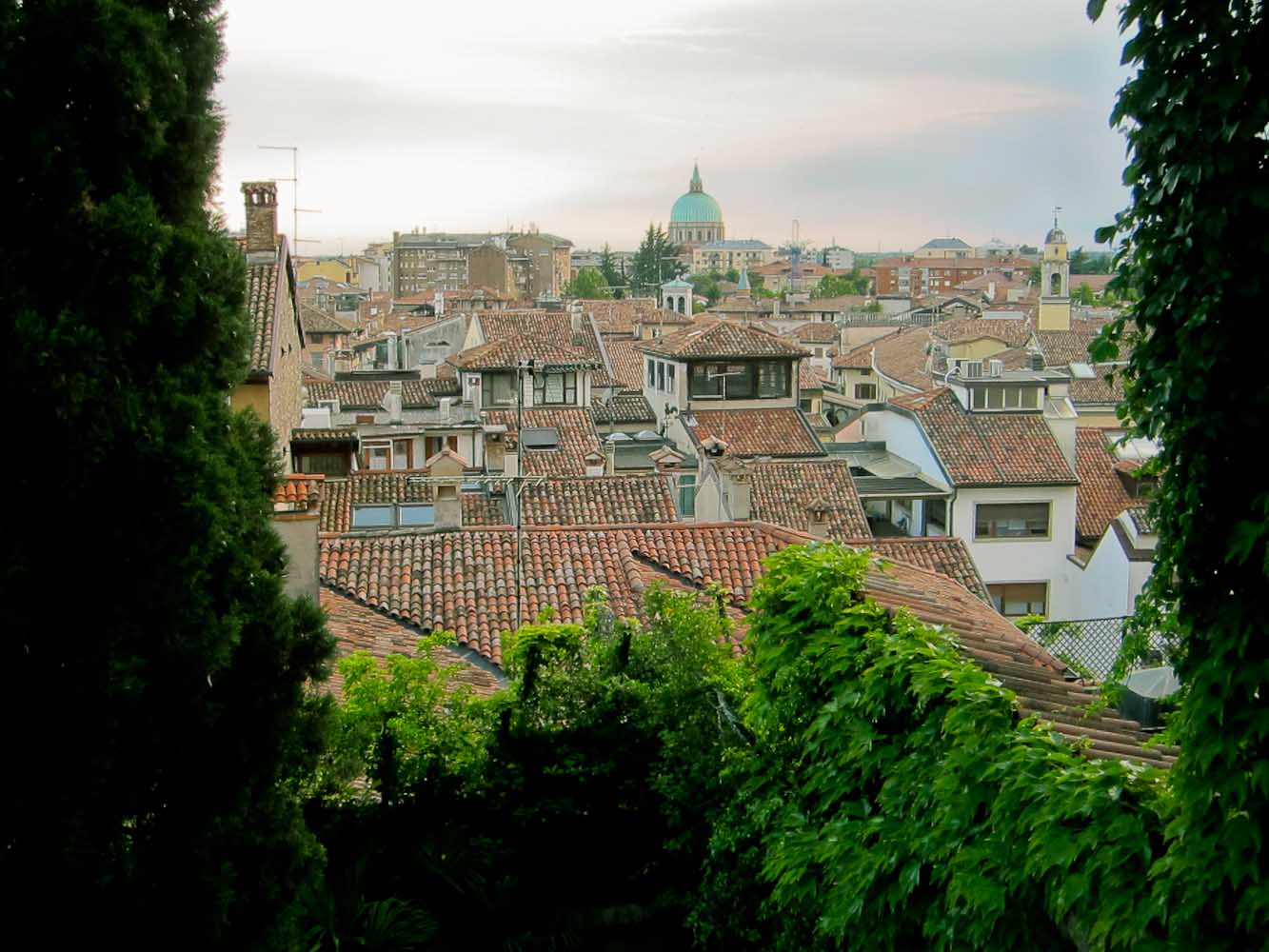 Though the views from castle hill are great, you cannot see further than the outskirts of Udine, let alone the Aquileia some 40 km to the south.

The advancement of Attila the Hun

Now Attila the Hun had different strategies for self-aggrandisement. In 452 this tribal leader who alternated between extortion and plunder as his modus operandi attacked the ancient Roman city of Aquileia, which at the time was one of the world’s largest and most important cities due to its strategic position on the major road system linking east and west. He started his Italian campaign by laying siege to the city, which was well defended, but after a long tug-of-war and renewed attacks, Aquileia fell and was razed to the ground.

During the siege, Attila and his army established their living quarters some 40 km north of Aquileia, and in order for him to be able to supervise the development on the battlefield, he ordered his men to fill their helmets with dirt and make him a hill from where he could see all the way to the Adriatic. The 138 metre high hill is still there, and it has subsequently been surrounded by the city of Udine. 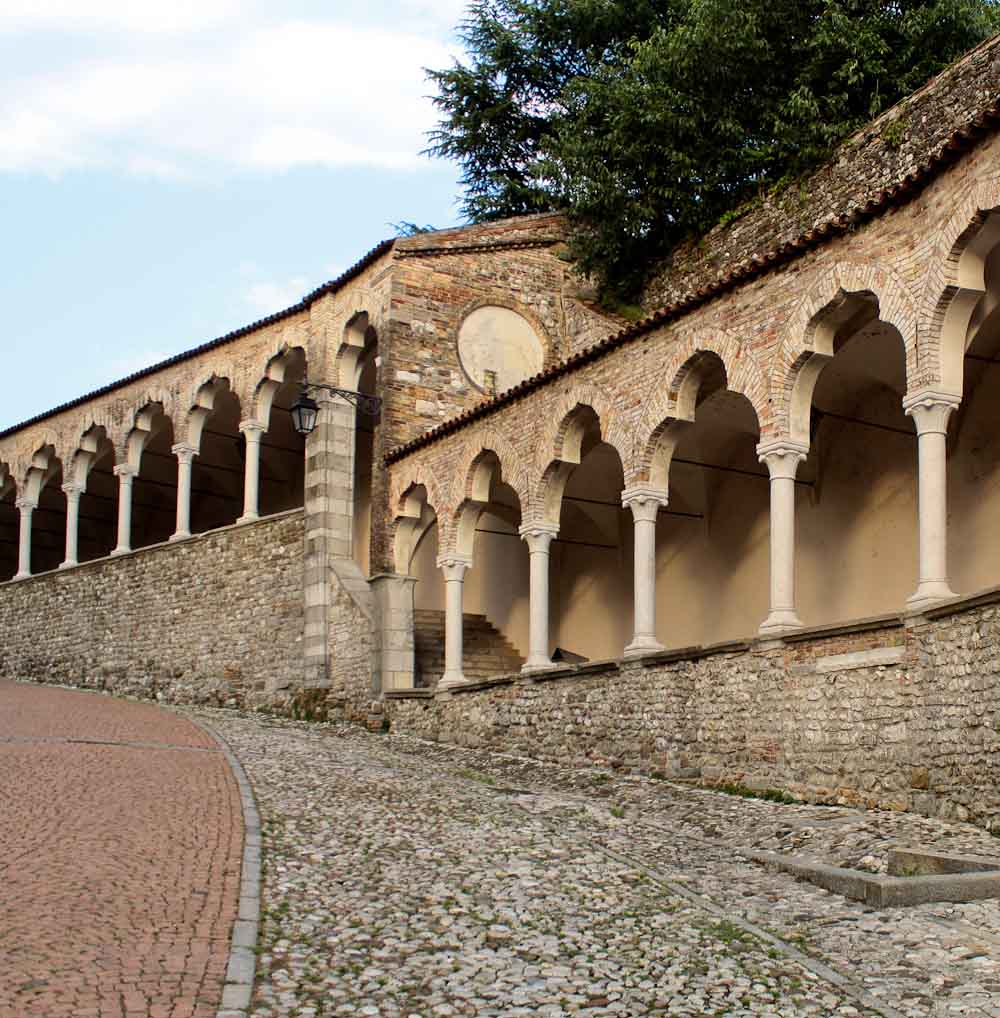 Attila the Hun is quoted for saying that “There, where I have passed, the grass will never grow gain”, but that was long before the Porticato del Lippomano paved the way to the top of Udine Castle Hill.

Walking up that hill

I wondered how many men with helmets it would take to construct a hill of this magnitude while walking up under the arches known as Porticato del Lippomano. Each soldier must have had to fill his cap several times in order to create just a little bump on the flat plain between the rivers Tagliamento and Torre, leaving a hole the size of Grotta Gigante in their wake. It takes time and effort to make a proper hill, and the castle hill in Udine comes fully equipped with a historic church and a palace, built on the ruins of the even older castle of Udine.

None of the buildings date back to the time of Attila and his Huns, so there is no way to verify Udine castle hill’s legend of origin. Yet the palace houses Udine’s Musei Civiti and in the numismatic collection there’s a silver medal minted with the leader of the Huns in profile. He has a haughty face emphasized with a goatee, a long, sharp, broken nose, and a strongly reclining forehead crowned with devilish horns. 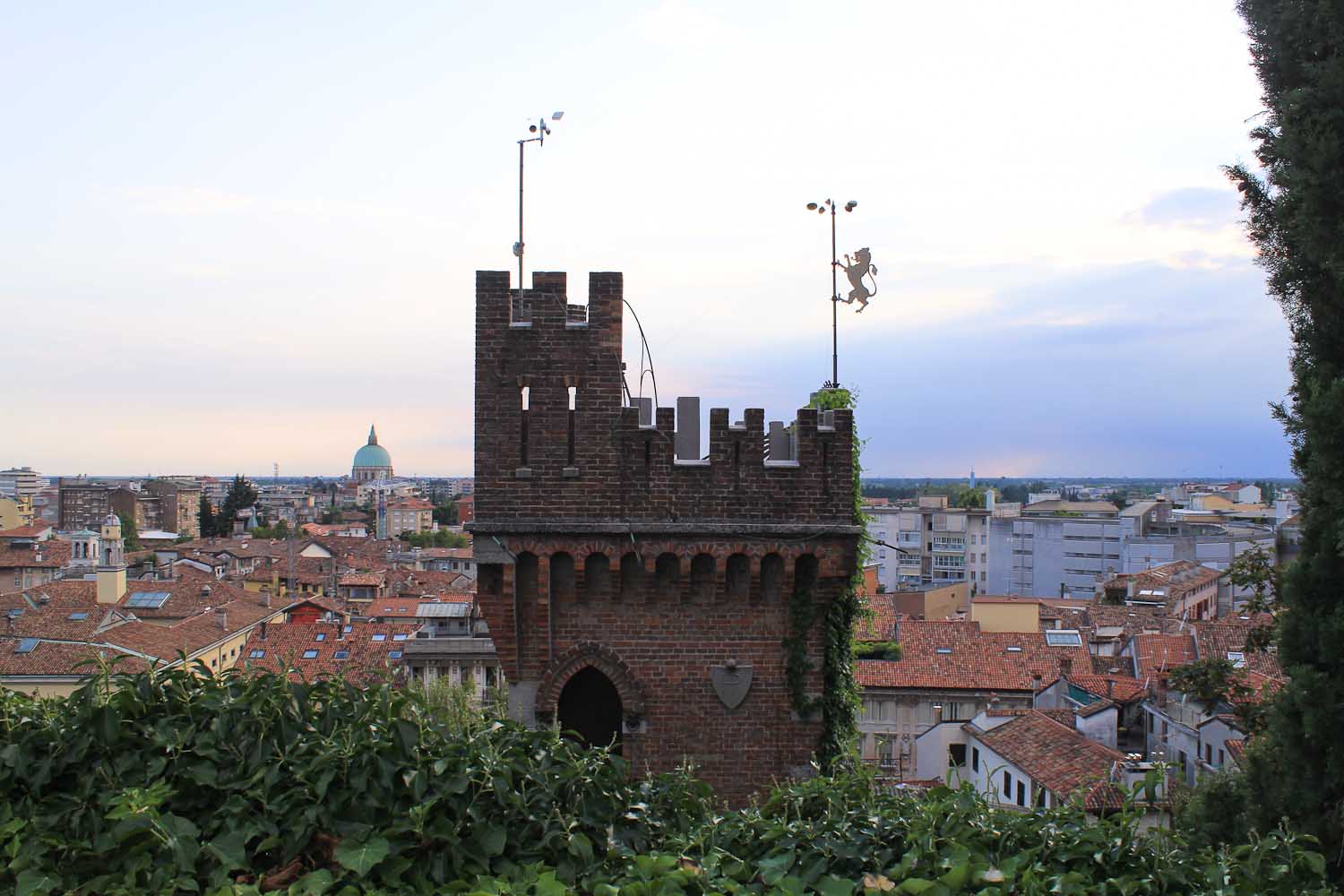 One of the most ancient buildings on Udine’s Castle Hill is the tower of the old castello.

Both the medal and Attila’s epitaph as the ‘scourge of God’, flagellum Dei, are medieval constructs. In the Medieval period, the brutal and ruthless barbarian experienced a popularity surge, and even former opponents adopted Attila into popular culture and transformed him into a great and noble king. He appeared in chronicles and sagas including a mythic poem called Storia di Attila in no less that 37.000 verses, and he was worshiped as the ruler of the world, because he believed to have been given the “Holy War Sword of the Scythians” by the war god Mars.

I have no idea, what sparked the extraordinary reversal of Attila’s public image, but he died shortly after the Sack of Aquileia under suspicious circumstances after one of many wedding nights, so the hill along with the burning ruins of a grand Roman city could be some of his final legacies. This duality of character and the idea of his ability to bend the laws of nature and leave an everlasting mark on the landscape like the castle hill in Udine might have helped the transformation of Attila the Hun’s public character from villain to hero.

Apricots with ricotta and speck
Scroll to top