You won’t find a more perfect setting for a medieval romance than Castello Estense in Ferrara. And the legends surrounding the building are almost as massive and impenetrable as the towering red brick walls.

Crossing the drawbridge over the moat to Castello Estense you still expect to hear the sound of hooves and see a knight in shining armour. Even though the building is situated in the centre of a modern North Italian town surrounded by motorized traffic and pedestrian streets, there’s a convincing authenticity that has survived the transitions from military stronghold and royal court to museum. 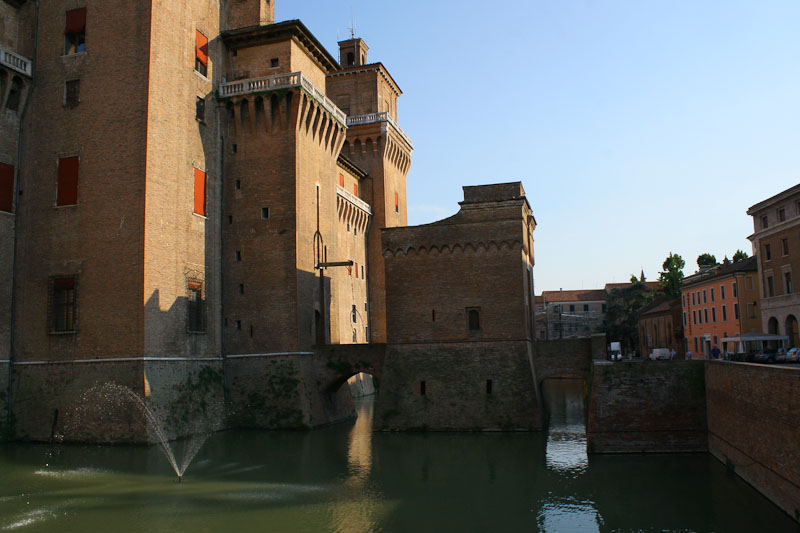 The history of Castello Estense started in the 12th century, when the House of Este established court in Ferrara. At the beginning, the ancient dynasty of European nobility lived in an ordinary palace, but a popular revolt against heavy taxation in 1377 inspired the Marquis Niccolò II d’Este to fortify the premises. A military fortress with towers, curtain walls, moat and drawbridge was built in connection with the Este residence, so the family could escape to a safe haven in case of riots.

Nicolò II died soon after the castle was completed, and he was succeeded by first his brother and then in 1393 by his brother’s ten year old illegitimate son Nicolò III, who really made a home of the castle.

A Household with 800 Mistresses

Nicolò III grew up to become one of the most colourful renaissance characters. The young Nicolò got married at the age of 14, and as he got older, he developed a taste for the basic pleasures of life. The fat, jolly and lustful Marquis was said to keep troops of concubines. According to a contemporary historian and chronicler Nicolò III had no less than eight hundred mistresses, and he could easily have reached 1000, if he had lived a while longer.

In spite of the impressive number of mistresses, Nicolò III acknowledged only 20-30 illegitimate children. They were all brought up together with the five children born In wedlock at Castello Estense in a household alternating between lavishness and poverty. 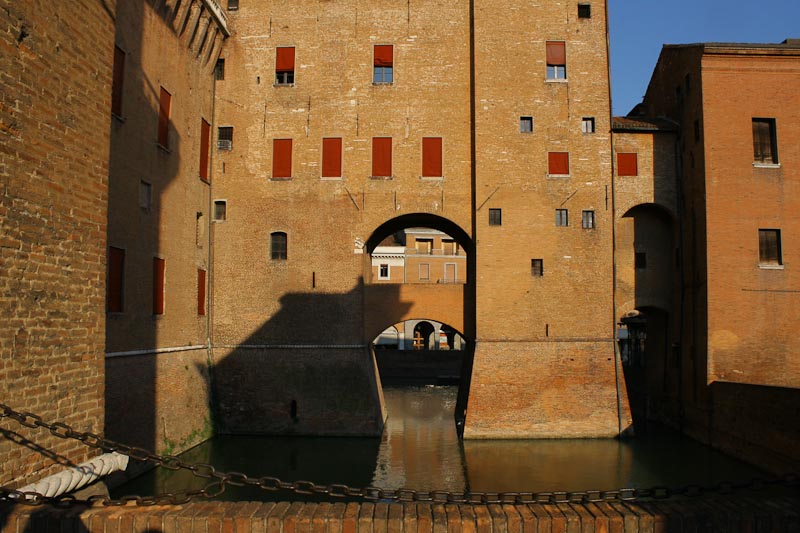 Parisina and the Tragic Romance

Although Nicolò was by no means faithful, he demanded absolute fidelity in others, and one day while glancing into a mirror, he saw his lovely young wife Parisina Malatesta in the arms of his son Ugo. Both were incarcerated and later beheaded in the dungeons beneath the castle.

A tragic romance that has been vividly described by Lord Byron. In the poem Parisina, Byron lets the sexy stepmother’s unfortunate lover end up with a rolling head and “gushing, sunk / Back the stained and heaving trunk, / In the dust, which each deep vein / Slaked with its ensanguined rain; “, while Parisina’s own ”fate lies hid: / Like dust beneath the coffin lid: / Whether in convent she abode, /../ Or if she fell by bowl or steel, / For that dark love she dared to feel”. Nicolò on the other hand “found another bride / And goodly sons grew by his side”. So in that respect order was restored.

The violent family traditions were carried on by Nicolò’s grandsons Duke Alfonso I and Cardinal Ippolito I, whose jealousy led them to blind their brothers Giulio and Ferrante on one eye each. The one eyed victims then conspired to take over the throne, but were discovered and sentenced to death. The sentence  was changed to life imprisonment, and both Giulio and Ferrante lived in the dungeon under Castello estense for decades. Ferrante died there, while Giulio was released in 1559 as a very popular and merry old man at the age of 81 years.

The Este family continued their reign over Ferrara from Castello Estense and the new-built Palazzo dei Diamanti until the death of Alfonso II in 1597. Despite three marriages, this Duke failed to produce a male heir, so the Este family was forced to abandon Ferrara and their castle and move to Modena and Mantova. 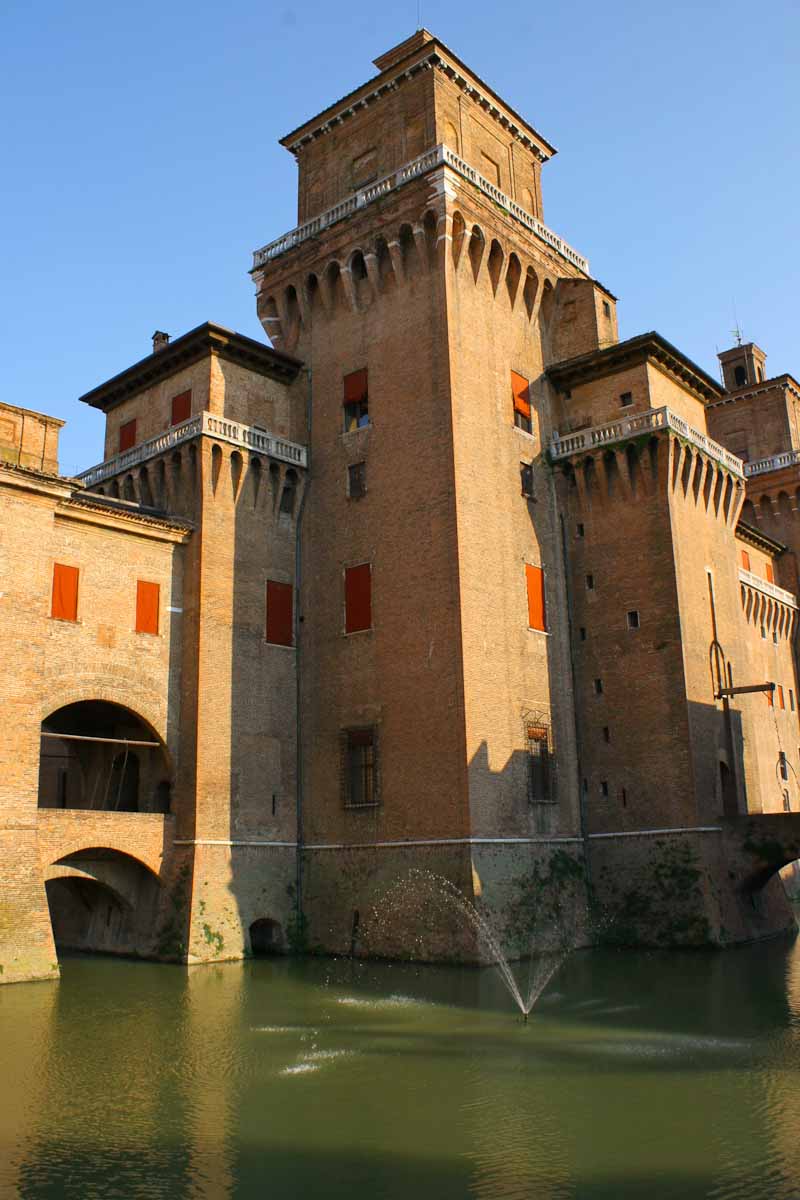 The End of the Este Dynasty in Castello Estense

Instead the Dukedom became an outlying province in the Papal States, and the castle was stripped of all the art works accumulated by the Este family. For the next 400 year the castle was used as a residence for the Papal ambassadors. It was invaded by Napoleon’s French troops and Austrian forces, and served as administrative offices for the town council, until the 1980s, when some of Castello Estense former glory was restored.

The building was refurbished as a museum, giving visitors a chance to experience a well conserved medieval castle and princely Renaissance residence, and shudder at the sight of the dungeons, where several of the Este’s family members ended their lives.

Maps were disabled by the visitor on this site. Click to open the map in a new window.
2 replies

Striped aubergines in a pickle
Scroll to top