Venezia, Verona, Viareggio and Putignano undoubtedly stage the most spectacular Italian carnivals, but throughout the country cities mark the period before lent with fancy dress parades and other events. In Rome there is a tradition for soap bubbles and buskers entertaining the crowd with juggling and fire eating, not to mention horse riding and unbelievable amounts of confetti covering the streets like freshly fallen snow.

The contemporary Carnevale Romano is basically a childrens’ party, and I can’t help wondering, if these things were more fun in the old days, or if the surviving reports have just been written by more susceptible minds. Take Charles Dickens who stayed in Rome during the carnival in 1845 and left this account published in Pictures from Italy:

“On Monday afternoon at one or two o’clock, there began to be a great rattling of carriages into the court-yard of the hotel… and, now and then, a swift shooting across some doorway or balcony, of a straggling stranger in a facy dress: not yet sufficiently well used to the same, to wear it with confidence, and defy public opinion. All the carriages were open, and had the linings carefully covered with white cotton or calico, to prevent their proper decorations from being spoiled by the incessant pelting of sugar-plums; and people were packing and cramming into every vehicle as it waited for its occupants, enormous sacks and baskets full of these confetti, together with such heaps of flowers, tied up in little nosegays, that some carriages were not only brimful of flowers, but literally running over.”

Preparations completed, the Dickens family did as the Romans, and got into the own confetti and flower stuffed carriage and started driving upu and down the Corso. The Roman Carnival has not changed scenes since the mid 19th century, it is still centred around Piazza del Popolo and the Corso, which Dickens describes as “a street a mile long; a street of shops, and palaces and private houses, sometimes opening into a broad piazza. There are verandahs and balconies, of all shapes and sizes, to almost every house … put there in general with so little order or regularity that if, year after year, and season after season, it had rained balconies, hailed balconies, snowed balconies, blown balconies, they could scarcely have come into existence in a more disorderly manner.”

In Dickens’ day, all carriages went up and down the streets in a long line, occasionally interchanging “a volley of confetti” with the carriage in front or behind, and in a narrow lane sugar-plums and nosegays began to fly around, pretty smartly. One gentleman “attired as a Greek warrior” managed to toss a bouquet to a young lady in a first floor window with impressing precision, and in return he “received an orange from a house-top, full on his left ear, and was much surprised, not to say discomfited. Especially, as he was standing up at the time; and in consequence of the carriage moving on suddenly, at the same moment, staggered ignominiously, and buried himself among his flowers”.

Dickens goes on to describe the atmosphere in some detail and concludes:

“The main pleasure of the scene consisting in its perfect good temper; in its bright, and infinite, and flashing variety; and in its entire abandonment to the mad humour of the time – an abandonment so perfect, so contagious, so irresistible, that the steadiest foreigner fights up to his middle in flowers and sugar-plums, like the wildest Roman of them all, and thinks of nothing else till half-past four o’clock, when he is suddenly reminded (to his great regret) that this is not the whole business of his existence…”

The horses were then spurred to race riderless along the length of the Corso only to be caught at the finish line by carpets blocking the street. An abandon and recklessness that cannot be found in the 21st century equestrian show held under the cover of a giant tent on Piazza del Popolo and transmitted on big screens, but the children enjoy the party, nevertheless, and it will retain a strong presence in the memory of all participants for weeks to come along with the confetti struck in every crevice between the cobbled stones of the Corso and Piazza del Popolo. 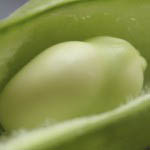