This is the traditional recipe for north Italian canederli. The Trentino – Alto Adige version of bread dumplings cherished throughout central Europe.

Canederli is the Italian version of the boiled dumplings served as a side dish with meat in many traditional gasthofs throughout Austria, Germany, Hungary, Serbia, Croatia, Slovenia, Slovakia, and the Czech Republic. These knödels or Klöße are generally too heavy for my taste, so I have been avoiding the canederli when visiting Trentino-Alto Adige. Turns out I’ve really missed something there. Italian boiled dumplings are light and fluffy, and the addition of grated cheese and onion along with tiny pieces of speck give the bite-sized canederli a terrific flavour that will be a hit as a snack, on a plate of antipasti, as party finger food or in a bowl of soup.

Remove the crust from the bread and dice it coarsely.
Mix the bread chunks with milk, egg, salt, pepper and grated nutmeg.
Leave the mixture to rest, while you chop parsley, dice the speck finely and chop and fry the onion in butter.
Work through the bread mixture making sure all the liquid has been absorbed.
Add parsley, speck, grated cheese and cooled, fried onions to the bread mixture and work it to an even paste. Add flour to make the paste palpable
Let the mixture rest for a while, before forming small balls of the mixture. Roll them in flour to prevent them from sticking.
Bring vegetable broth to the boil and boil the canderli for 15 minutes. They tend to float from beginning to end.
Serve the canderli in broth as soup balls or cover them with browned butter and fried sage and serve them as an antipasto. 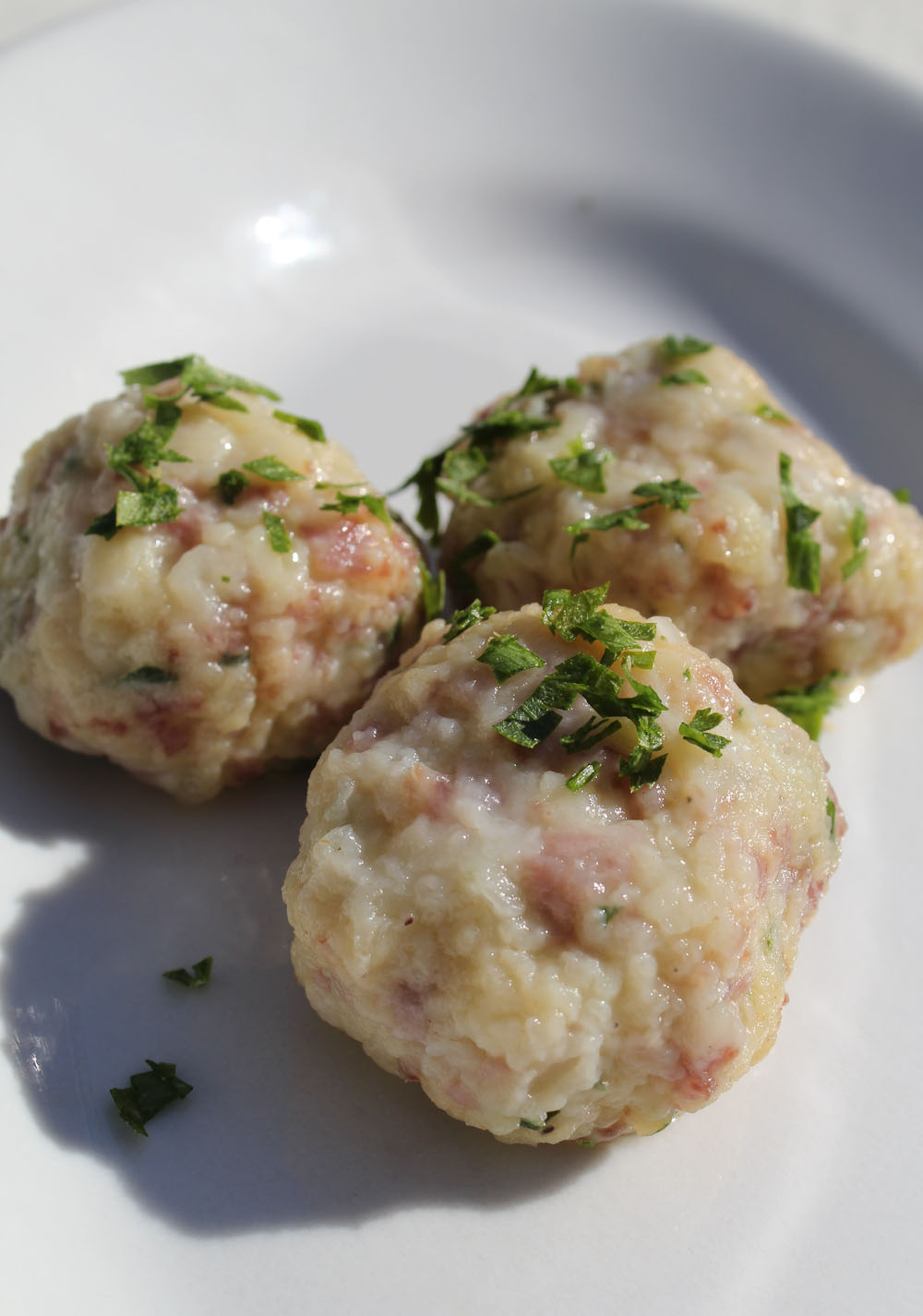 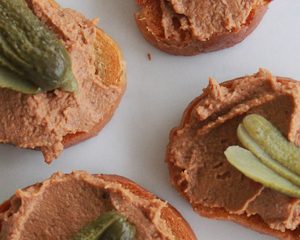 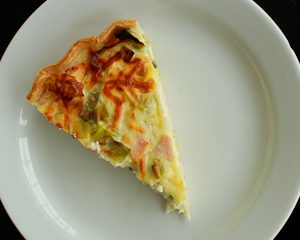 Ham and leek pie with ricotta
Scroll to top