Pampanella fresca is a fresh cheese wrapped in fig leaves and among the things sold by beach vendors in Italy every summer.

– Pampanella fresca, Pampanella fresca, a man shouts as he drags his blue cooler bag along the seashore. A heavy-set gentleman runs off and buys five lumps wrapped in leaves, one of which he immediately begins to stuff in his mouth, while trying to lure his son, daughter in law and two small grandchildren to taste the others. To no avail.

Instead, he notices of our uninhibited curiosity to find out what exactly the man with the cooler bag is selling at the beach. Two minutes later we are holding a runny package of freshly made cheese.

– It’s like being a child again, the man who looks well passed 60 says enthusiastically, while he is standing on the beach with a milk mustache on his upper lip. When I grew up pampanella was the best thing a child could get on a hot summer day. It is so refreshing. I emigrated to Belgium many years ago and visit Puglia on holiday, but it is nice to see the old traditions are still being kept alive. The grandchildren speak French only, and they dislike this kind of food, but it does taste fantastic, don’t you think?

And yes, the cheese tastes like a mixture between mozzarella and yogurt, it is at once salty and sweet with a touch of fig leaf, and the texture is a bit like fresh ricotta, which makes it quite challenging to eat with your fingers.

A woman nearby shouts that we should to lick up the cheese from the leaf, because the scratch feels great on the tongue, and otherwise we will miss the subtle leaf flavor. She and the man start reminiscing about the old days, when there was pampanella everywhere, but she refuses to accept the last cheese leaf, which the man eats himself. Barely congealed milk has a limited shelf life, when the July sun beats down from a cyan blue sky.

Meanwhile, a bunch of teenage boys a couple of towels away seem to have got pampanella on the brain. They keep shouting pampanella fresca long after the man, the woman and the cheese vendor with the blue cooler bag has gone home to eat dinner.

You will find a recipe for Pampanella at the very appetizing Italian food blog ammodomio.

Caught up in the attractions of Puglia 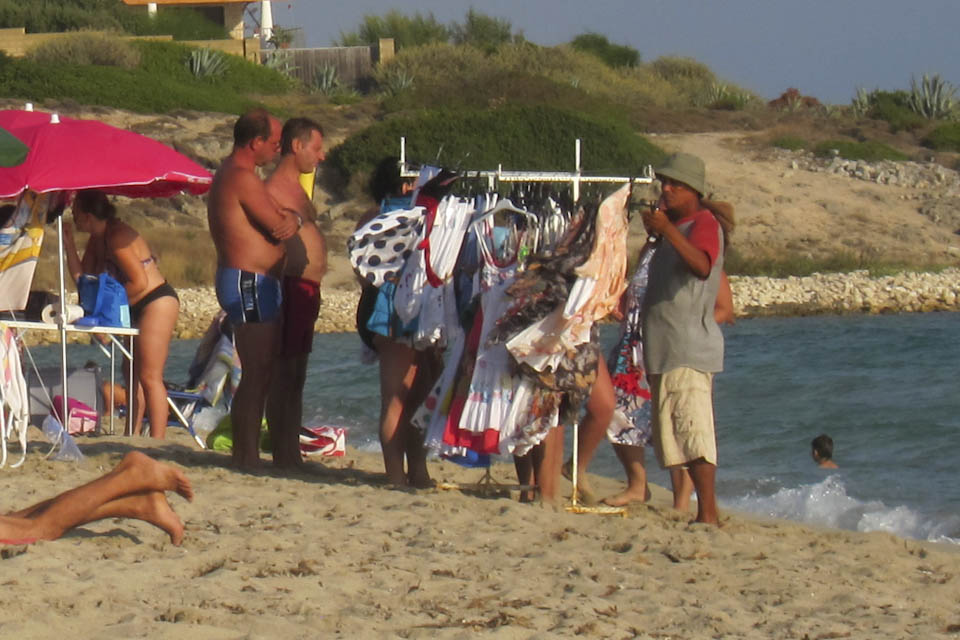 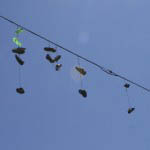 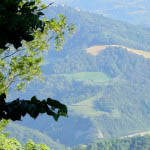 Sasso Marconi: Where radio was invented
Scroll to top