Artisan Woodwork in the centre of Isernia

How a chance encounter in Isernia’s Corso Marcelli opened my eyes to the intricate wonder of artisan woodwork.


You can’t travel around Italy without seeing coffered ceilings, door panels, confessionals, choirs and picture frames carved in wood. Complex geometrical figures, vines and floral patterns, fretwork and filigree that have been cut, carved, chiseled and sanded with painstaking care, precision and bleeding fingers to reproduce nature as an artistic craft. Yet I hadn’t given woodwork much thought until we met Giovanni. 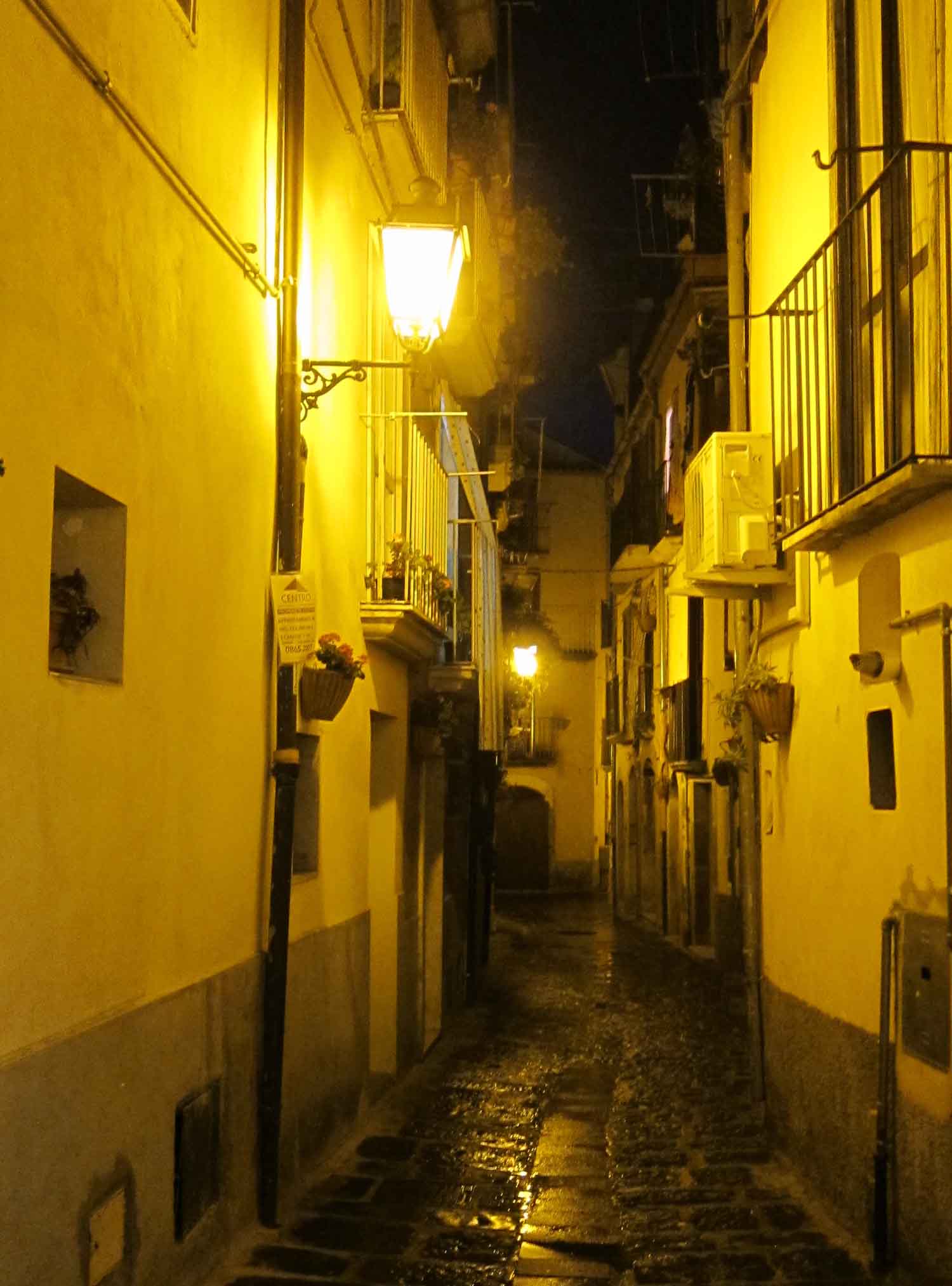 Walking around the deserted streets of Isernia on a cold and wet September evening, we came across a workshop producing artisan woodwork.

Giovanni was a tall, white haired gentleman standing outside his workshop on Corso Marcelli in Isernia of a cold and rainy September evening. The other shops had been shuttered up for the night, but one of the slightly arched openings in the narrow street was still lit by golden light, and when we stopped to look, Giovanni came to the door.

Giovanni was originally from Abruzzo. A mountainous region, where farmers traditionally whiled away the long, snow-locked winter days making furniture, tools, toys and eventually also decorations out of wood. After having trained as a carpenter and a joiner, Giovanni made his own transhumance and settled in Molise, where he developed his artisan skills. 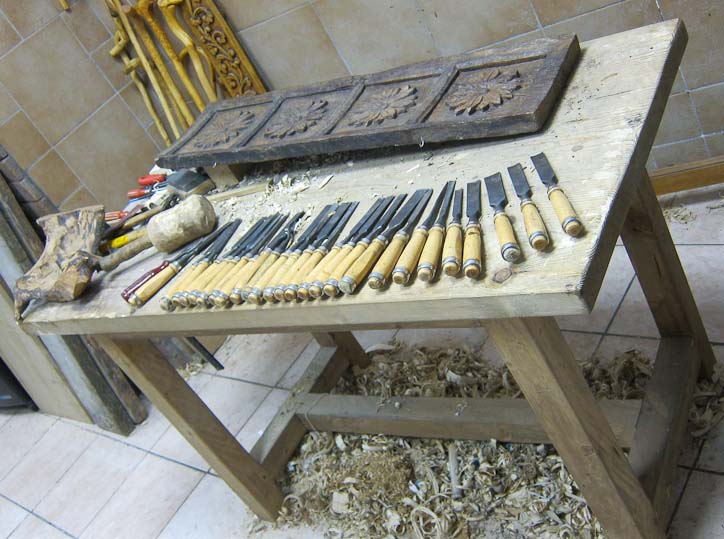 The wood carvers worktable photographed from a bird’s eye perspective in order not to reveal designs in the making.

His professional pride and passion was evident from the minute he invited us into his workshop and started talking about different types of wood and their characteristics. From the soft inexpensive pine to hardwoods such as walnut, oak, beech, olive and chestnut. Each piece of wood has a unique lustre, colour and grain pattern, we were led to believe.

We heard about the process of transferring a design from paper to wood, carving out the general shape before adding the finer lines and decorations and finishing touches that vary depending on whether the final texture should appear ‘tooled’ and rough or smooth and polished. The shop smelled of resin, sap and varnish. There were wood chips on the floor and mysterious, sharp tools lined up on the worktop. 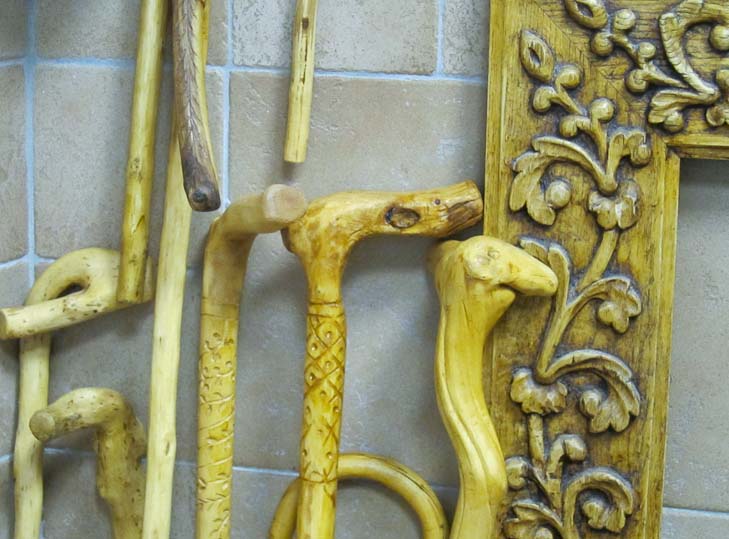 After a long career as a wood carver, Giovanni loves to make naturally shaped walking sticks.

Giovanni explained that he didn’t really work anymore, so there were only a few carved frames and panels to be seen in the shop, along with a hobby selection of naturally shaped walking sticks.These days his job mainly consisted in arranging workshops and training young wood carvers who wanted to learn the secrets of the craft from an old master. The best guarded secrets were blueprints of original designs kept at the back of the shop. A valuable intellectual property subject to being copied or stolen.

We left Giovanni with a new understanding and appreciation of the labour and skill invested in wood carving. So even though the shop on Corso Marcelli may be closed today, I still think of it each time I stumble over a particularly beautiful piece of wood work.

Among rice fields in Italy