Damp and age have left big holes in Piero della Francesca’s frescoes in the church of San Francesco in Arezzo Italy. Still, you can use your imagination to fill in the gaps, while enjoying some of the earliest and finest Renaissance masterpieces.

One of my favourite towns in Toscana (there are many) is undoubtedly Arezzo, where you can take a walk in art, history and religion without missing out on great shopping, intellectual cafes, Vespa youths and other emblems of modern city life. Unprepared as always, we stumbled into San Francesco church, and in the mildewy smell behind a modest exterior Piero della Francesca’s famous  frescoes were revealed. 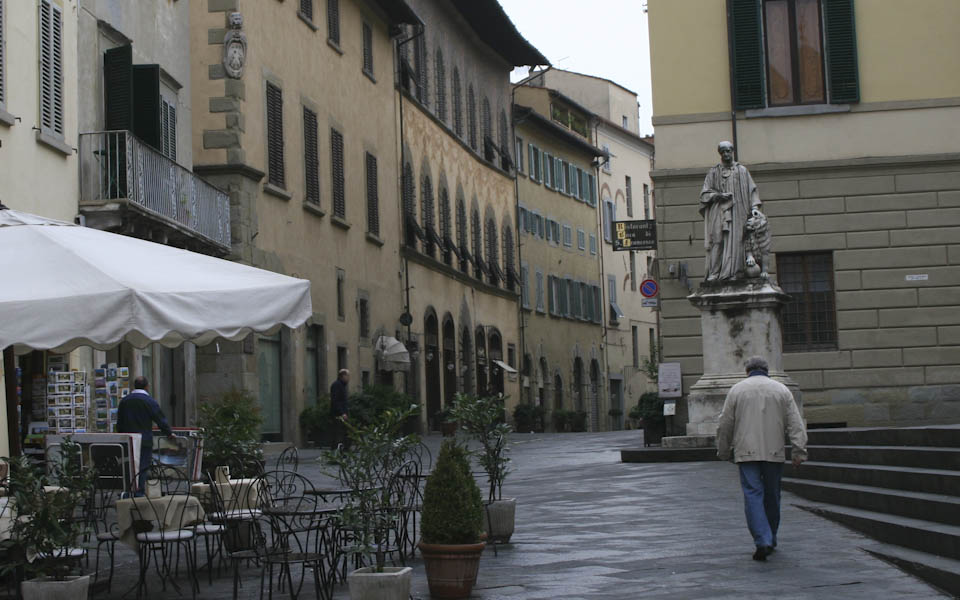 In the mid 15th century, Piero della Francesca set about making a action packed cartoon version of the legends of the true cross in twelve frames on the church walls. Your see Adam and Eve’s son, Seth, plant a tree from seeds of the tree of knowledge at the burial of his father. Later the Queen of Sheba recognizes a beam from the divine tree and warns the wise King Solomon that it will be used to hang the king of Jews, so that Solomon as an act of precaution has the beam buried. As we all know(?), Solomon’s cross resurfaces on Golgatha, whereupon it is robbed by a Persian king and disappears for centuries, until the roman emperor Constantino sees it is a dream, and uses it as a good luck charm for his attack on Rome and Maxentius. Constantino wins the battle of the Milvian Bridge, becomes emperor, and converts to Christianity in reverence of the force of the symbol. Afterwards, Constantine’s mother finds the true cross in Jerusalem and as proof of the authenticity the true cross is used to resurrect a dead man.

The legend is not all that coherent; Piero della Francesca’s frescoes are not presented in any particular or chronological order; and damp and age have left big holes in the paintings. Still, you can use your imagination to fill in the gaps, while enjoying some of the earliest and finest Renaissance masterpieces, including the first scene illuminated by pale moon light in Western art. 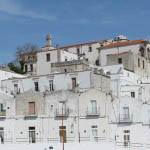