The Archaeological Layers of Isernia

We didn’t actually see the signs of human activity from the Lower Paleolithic 700.000 years ago, but there are plenty other archaeological layers of Isernia to discover.

La Pineta in Isernia is generally considered one of the most important finds from the earliest subdivision of the Stone Ages in Italy, and you can see piles of animal bones from bison, rhinos, hippopotamus and bears, as well as stone tools and fossils at Isernia Archaeological Museum. More recent history can be seen during a relaxed stroll along the main street.

The Roman Ideal of City Planning

As a former Roman colony the historic centre of Isernia displays the Roman ideal of city planning with a north–south-oriented market street surrounded by a maze of tiny squares and alleys. Though old, the houses don’t date back to Roman times, but the main street, Corso Marcelli, is still so narrow you have to hold your breath and fold in the side mirrors to squeeze through in a Fiat 500.

And Roman remains are sprinkled all over town. There are Latin inscriptions on ancient stones. Peeping holes in the pavement to show the original Roman defensive walls buried beneath the present city. A free standing city gate. And four toga dressed Roman figures that guard the passage through the clock tower known as the Arch of St. Peter. The clock tower itself is from the 14th century, while the beautiful “Fontana Fraterna” is slightly older.

And in-between there are all the Baroque and Neoclassical palaces. I particularly liked the red Palazzo Marinelli-Perpetua due to the mermaid like torsos shouldering the balconies. And the 21st century cafés where you can study modern Italian life in such a historical setting over the rim of an espresso cup.

Discerning all the archaeological layers of Isernia is a never ending task. But great fun. 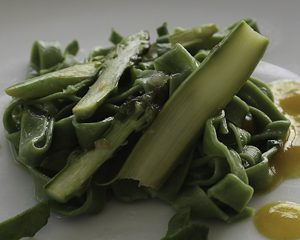 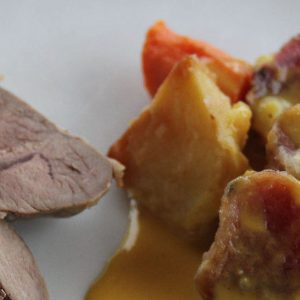