Alba is All About Food

You don’t have to spend many hours in this town to realize that Alba is all about food. Truffles, chocolate and wine have brought wealth to the region, and the people here are fiercely proud of their produce.

Walking around the small, well-kempt centro storico it is hard to believe that Alba was an impoverished region up to the 1950s. In the early 20th century the riches of Piedmont were divided by the river Tanaro, and south of the river poor peasants suffered starvation, if their harvest failed.

In Alba, things took a turn for the better just before and after the World War II. The hills outside Alba range among the world’s best truffle grounds for both black and white truffles, and after the wars these natural flavours became much harder to procure. As a result, prices rose dramatically, and the truffles that had been a local secret, became rare delicacies reserved for rich people all over the world.

At about the same time, a local pastry maker, Pietro Ferrero, decided to use local hazelnuts to make the rationed chocolate stretch. His ‘pasta gianduja’ that was sold as a cheap chocolate substitute, became immensely popular all over Italy, and in 1964 the product name was changed to Nutella.

Today the Ferrero Group has an international workforce of 27,457 employees, who make a variety of sweets and chocolate products that are sold all over the world. And the headquarters are still in Alba, where you’ll see the slick factory buildings surrounding the city, and where there is often a certain sweetness in the air reminiscent of sugar, chocolate and roasted nuts.

The final source of Alba’s new found affluence is wine. Up to the mid-20th century, wine producers in the zone that counts Barolo and Barberesco were blended. But in the 1960s some proprietors started producing single vineyard wines, and eventually the entire region was elevated to DOCG classification. 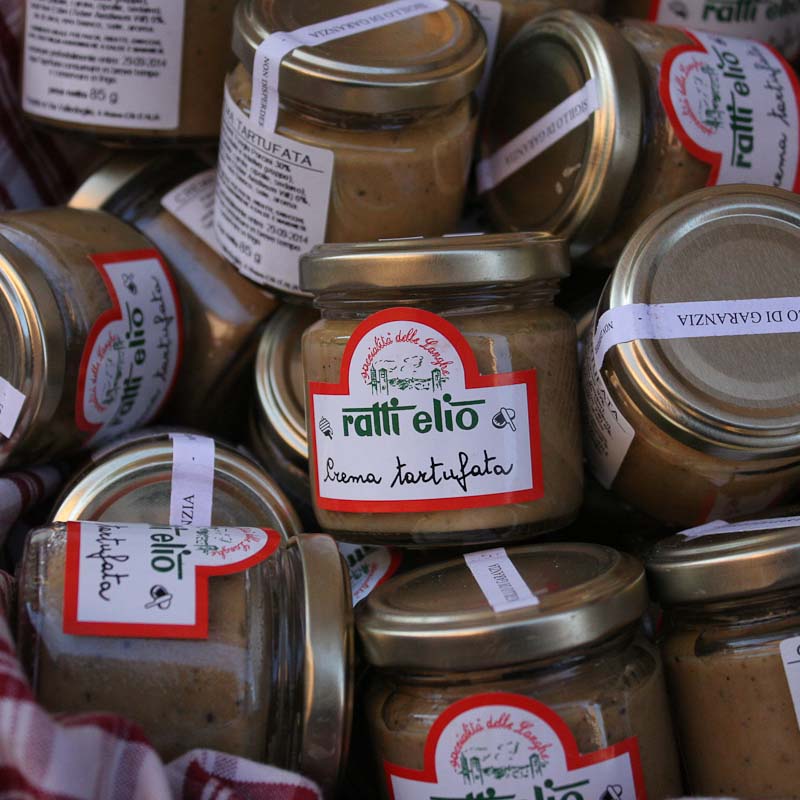 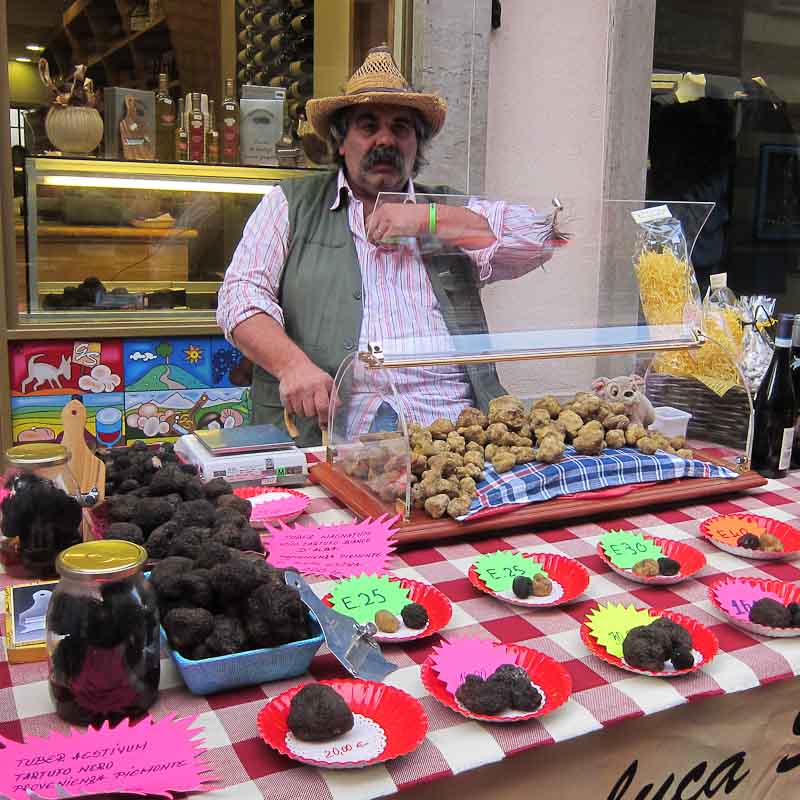 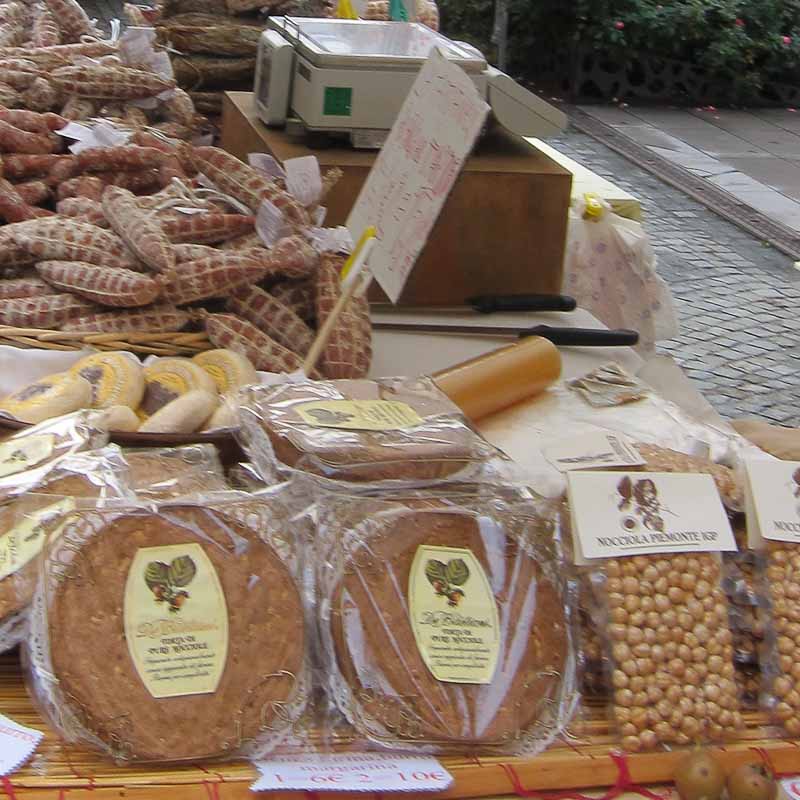 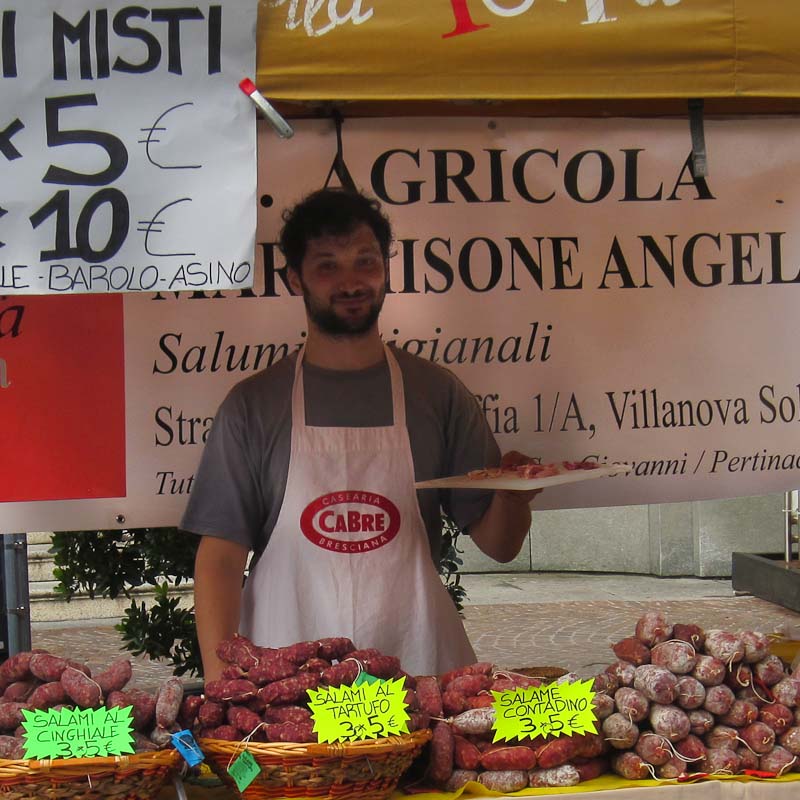 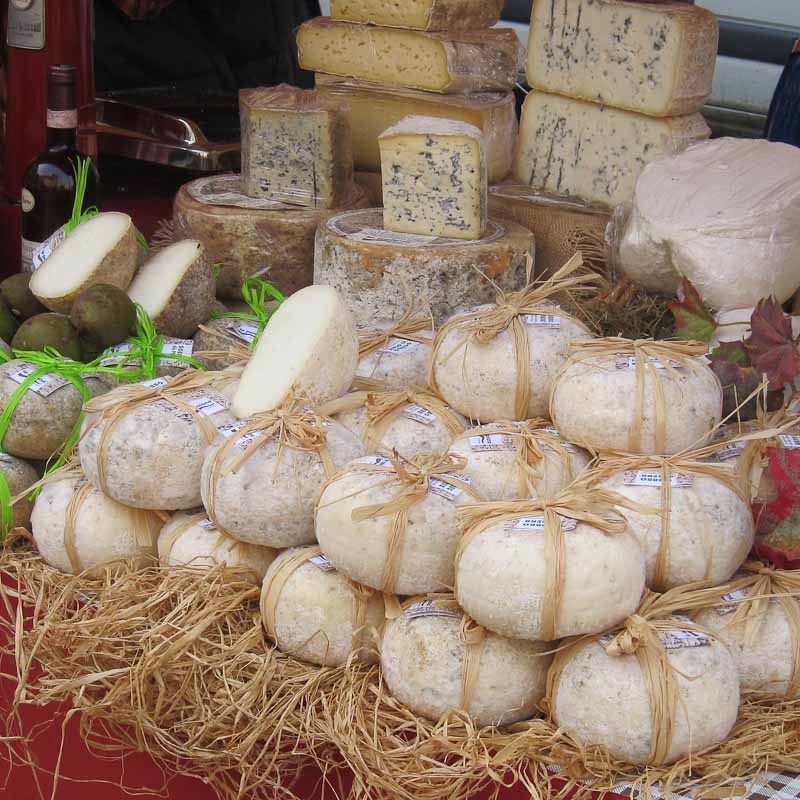 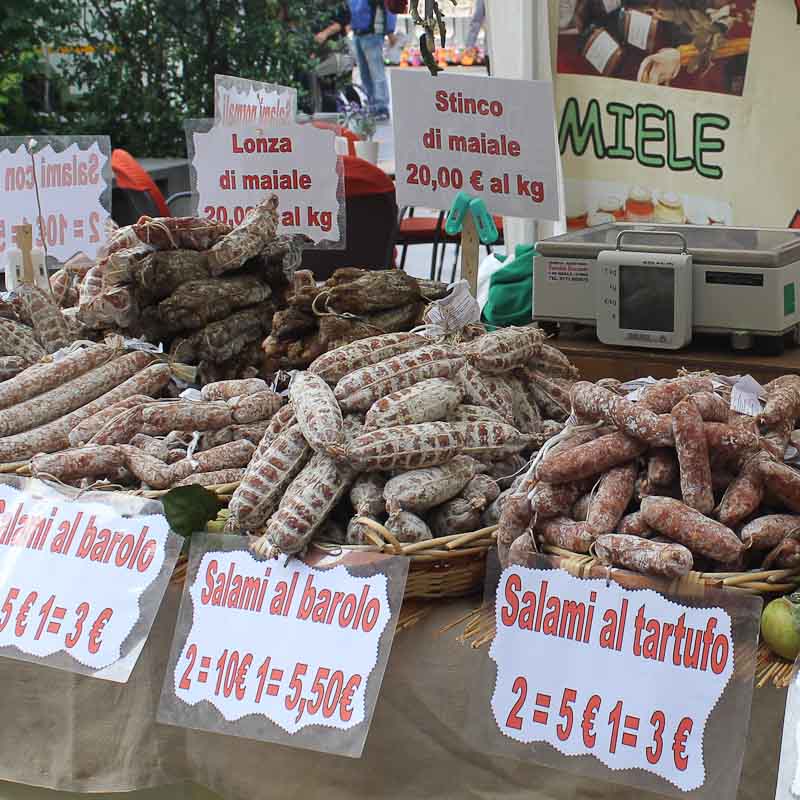 With a history like this, it makes sense to say that Alba is all about food. And you don’t have to go far, to have the statement confirmed. Starting from Piazza Michele Ferrrero, you are immediately confronted by the local delicacies at restaurants, enoteca and cafés. The main shopping street via Vittorio Emanuele is completely stuffed with food shops and stalls selling torrone, truffles, tagliatelle and hundreds of other edible delicacies with a local touch. And on Saturdays the food-mania culminates at a market in front of the cathedral.

The weekly market attracts new generations of food entrepreneurs from the Cuneo region. These highly ambitious farmers and local producers make organic bread, honey, cheese, sausages or pesto and sauces and sell them in Alba, where there is a steady market for the most bizarre foods, as long as they are original and homemade.

I suspect there’s a shortcut from Alba to the bigger Italian and international outlets. For instance, the founder of Eataly was born and raised in Alba. The popular Italian food mall is still run from a village just outside the town. And every year in October, connoisseurs and purchasers from all over the world visit the International White Truffle Fair in Alba.

For small producers with a dream of following in Pietro Ferrero’s footsteps, this is the perfect place to showcase your goods. And random visitors are welcome to join in and immerse themselves in wine tastings and sample the rich culinary delights of a region and a town that is literally all about food. 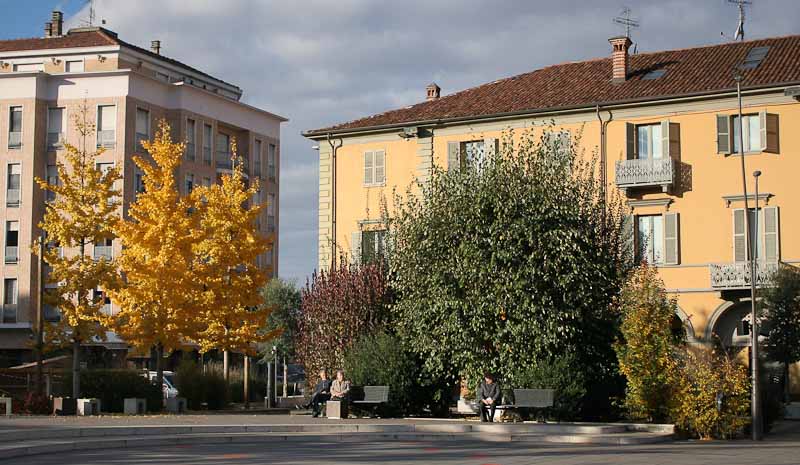 Piazza Michele Ferrrero on a quiet morning in the fall.

Gnocchi recipe with butter and sage
Scroll to top