Walking along the Assisi pilgrim trail from Santa Maria degli Angeli to Assisi, I was intrigued to see names etched into the paving stones as a strange kind of monument. Sadly it turned out to be a scam.

The pavement of one of the central streets in Stockholm has chiseled quotes from Strindberg, Lindgren and Lagerlöf and other Swedish writers, and it’s a nice distraction to fall over a clever, thought provoking statement in between boots and shops. 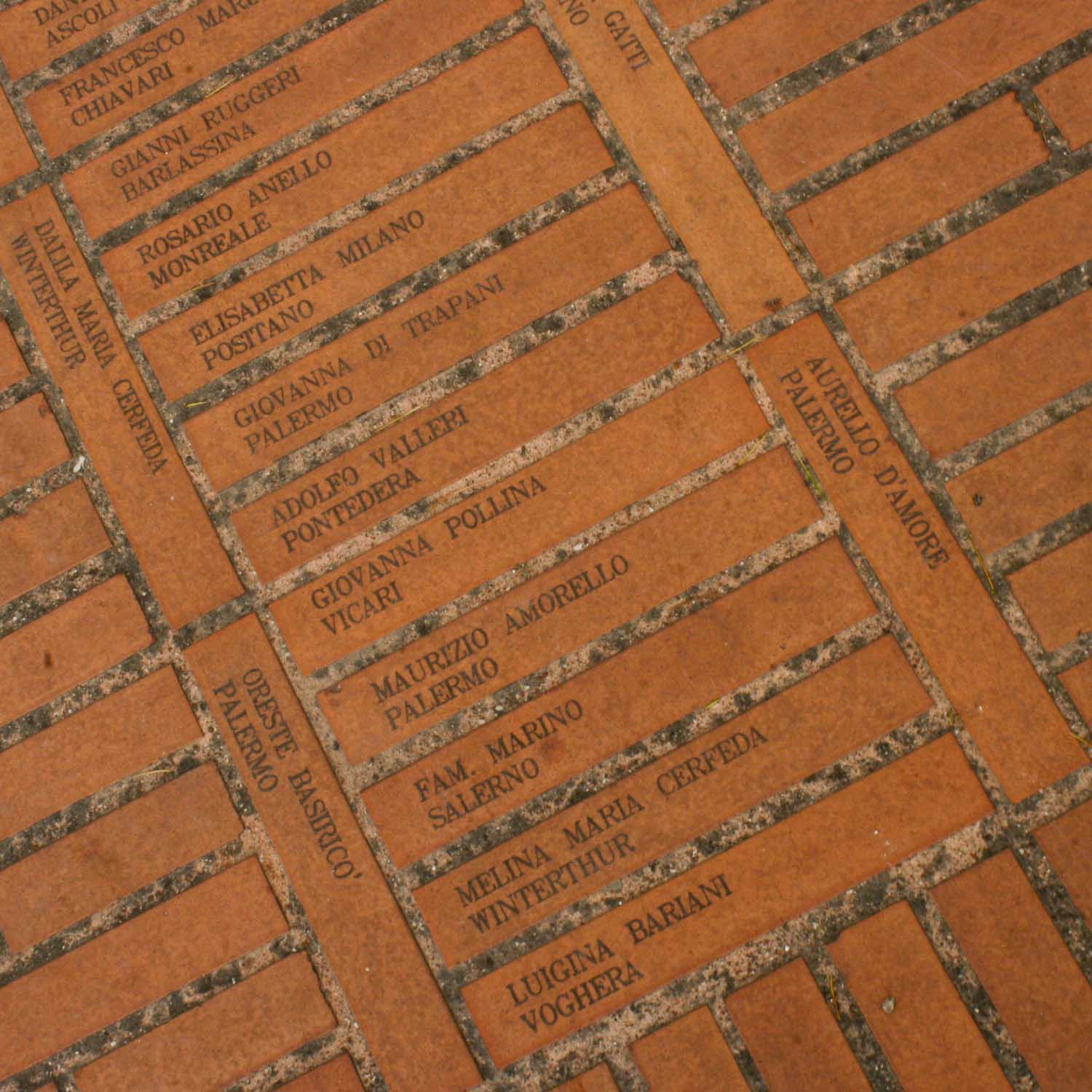 Names stamped into bricks on the pilgrim route to Assisi

Names without a why?

For that reason, I was captivated by the pavement between Santa Maria degli Angeli and the UNESCO World Heritage town Assisi. Printed in the paving stones were the names and home towns of an endless number of people, but there was no explanation as to who they were or what they had done to deserve the honour of 4 by 10 cm immortality. I assumed they had completed the pilgrim walk with some kind of distinction, but I couldn’t figure out how, so I just took a photo and forgot about it.

Back behind the computer the Umbrian pavement cropped up again, so I started looking around the Internet for clues. That’s how I came across the brick for Assisi or ‘Un mattone per Assisi’ initiative. Apparently paving bricks have been sold to religious tourists as a crossover between a Killroy tag, a souvenir and a prayer candle. But a note from February 2000 in the archives of the Italian newspaper Corriere indicates it’s a scam.

The note says the police in Perugia were investigating the initiative which came from a private enterprise offering ‘Un mattone per Assisi’ at the price of something like 40 Euro. No religious or public authorities were involved and apparently the project had no other eligibility. 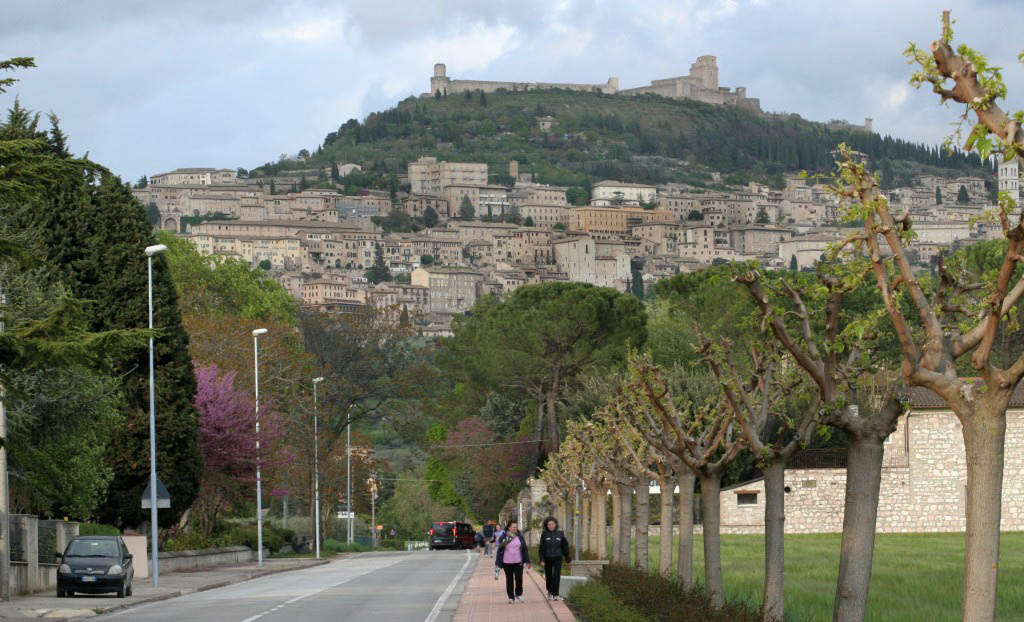 The pilgrim trail leading up to Assisi

No wonder, if the people whose names are on the stones feel they have been stepped on, even though they did get a long-lived proof of their devotion.

Everyone else can just look up an enjoy the fabulous view of the holy town of Assisi perched above the valley.

Other sights to look for near Assisi

Ripatransone and the narrowest alley in Italy