Here is my list of 5 things to do in Savona Italy. An overlooked gem with lots of sparkle compared to some of the other tourist destinations in Liguria.

When I visited the Ligurian representation at WTM in London last year I asked what to see in Savona.

‘I don’t really know’ the tourist board lady said. ‘I’ve never been there. But Noli is very nice. You really should go visit Noli.’

With 60.000 inhabitants Savona is one of the biggest cities in Liguria, while Noli is a tiny village, but as an industrial town which has been heavily based on the iron industry Savona has not got the best reputation. In spite of a fabulous location locked into a sunny bay between the sea and the Ligurian Alps and other interesting places to explore. At least I am glad, I took the time to visit, and I’d recommend others to do the same, if you find my top 5 things to do in Savona Italy at all attractive. You’ll find a list of accommodation here.

Snapshots from walks around Savona.

Take a walk around the inner harbour and enjoy the sunshine, the glittering light and the charming diversity between expensive yachts and old fashioned fishing boats where some are sipping champagne while others mend their nets. Here you will see most of the city landmarks from a distance along with the fish auction and some nice outdoor cafes. If the weather is warm you can go to the beach on Corso Vittorio Veneto. Savona is one of a few Italian cities offering beaches within walking distance from the city centre. And even if you can spot a railway and some factories in the distance the beach facilities look clean and inviting.

In between the beach and the harbour you pass the Priamar fortress built in 1542 and used as a prison housing up to 500 prisoners during most of the 19th century.  Pre-Roman, Roman and Byzantine traces have also been found on site, and today Priamar houses Savona’s Archaeological Museum (when it is not closed for reconstruction, Mondays or noon-breaks).

I seem to recall there are only two Sistine Chapels in the world. One is in Rome and another one is in Savona. The word Sistine implies that the chapel was erected by Pope Sixtus IV who was born in Savona and wanted a mausoleum for his parents. The Savonese Cappella Sistina can be found behind the cathedral. It has been renovated in the Rococo style with ornate decorations, golden curlicues and a ceiling painted by Paolo Geralamo Brusco (don’t expect Michelangelo). Visitors also marvel over the carved wooden choir seats and the elegant cloister garden. 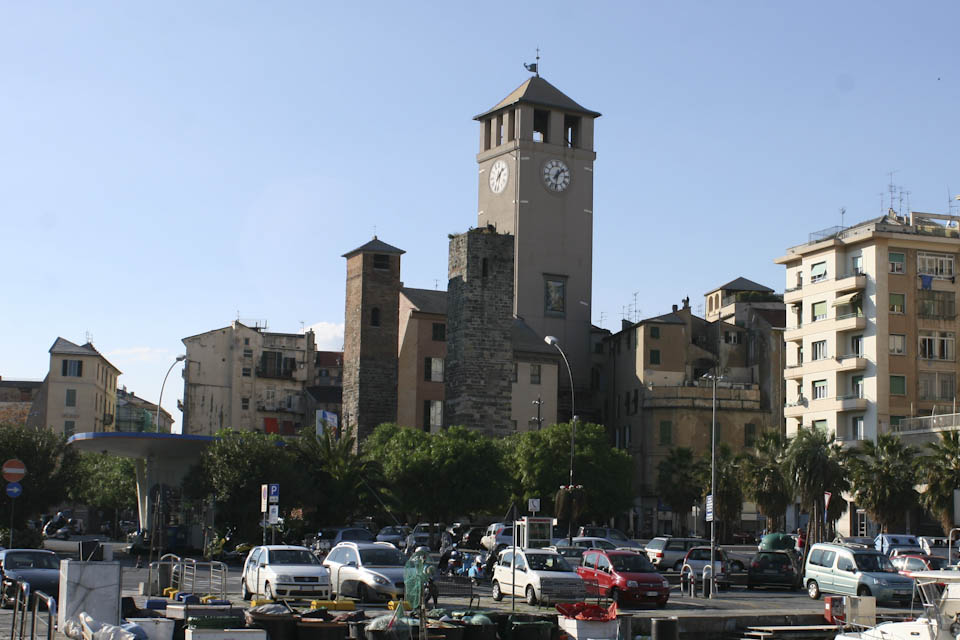 Savona skyline is marked by a few medieval towers. Most famous is La Torretta clocktower at the end of Via Paleocapa by the harbour. It was part of an old defense structure. The ‘ghibelline Towers’ date back to the 16th century when they were the most prominent of about 50 towers constructed along the city walls. With a bonfire on the roof these towers used to serve as lighthouses.

When you have finished looking up and around you’ll have plenty of time to take in the city with shops, cafes, promenades and old men hanging around in groups on the open squares. One more detail I found particularly fascinaing, however, was the wealth of Art Nouveau or ‘Ottocento’ architecture giving even ordinary houses a little story, squiggle and Schwung.

Districts of Venice: The charming backwaters

UNESCO World Heritage in Liguria waiting to be explored