10 facts about pasta of the more or less useless kind with a high entertainment value. Especially BBC’s hilarious ‘spaghetti grows on trees’ hoax from the 1950s.

Federico Fellini is quoted for saying that ‘Life is a combination of magic and pasta.’ Here are some of the useless facts that have brought the magic of pasta to life.

Pasta originates in China or Greece, but it’s a myth that the concept of combining flour and water was brought to Italy by Marco Polo upon his return from China in the 13th Century. Utensils used for pasta making have been found in Etruscan tombs and South Italians claim it was introduced to Sicily by the Arabs. Still, Italy can claim the King of pasta title due to its strong affinity to the territory, the development of manufacturing techniques and culinary combinations.

In the mid-eighteenth century, “macaroni” referred to an overblown hairstyle as well as to the dandy wearing it. The expression was coined after young English aristocrats returned home from a grand tour of Italy bringing with them foreign affectations.

3. Pasta and the Industrial Revolution

At first, dry pasta was a luxury item in Italy, because of high labour costs, as the semolina had to be kneaded for a long time. Only after the industrial revolution in Naples, when a mechanical process allowed for large scale production of dry pasta, did it become affordable and popular among the common people.

The founder of one of the world’s leading pasta makers, Pietro Barilla, is said to have dusted flour on the sleeve of his black suit on a daily basis. If he could blow the flour off without a trace, it meant that the flour was dry and finely grained and perfect for pasta making.

April 1 in 1957, the BBC made everyone believe that spaghetti grows on trees. At the time, spaghetti was considered by many as an exotic delicacy. The spoof programme explained how severe frost can impair the flavour of the spaghetti and how each strand of spaghetti always grows to the same length. This is believed to be one of the first times television was used to stage an April Fools Day hoax.

7. Don’t Use a Spoon to Eat Spaghetti

Italians never use a spoon and a fork when eating spaghetti. This is an American habit. In Italy you simply twirl a fork against the dish.

Every Italian from newborns to elders eat 23,5 kilo pasta a year in 2017. Tunesians come in second with 16 kilo followed by Venezuelans at 12 kilo per capita, according to Coldiretti.

The value of Italian pasta exports reached 41 billion euro in 2017, according to figures from Coldiretti, but in the last year exports have started to decline. Still, one of every four plates of pasta consumed anywhere in the world is Italian. More than 6 000 companies and 30 000 people work in the Italian pasta industry.

This post was last updated in June 2018 with revised figures for pasta consumption and exports.

A few watermelon facts and trivia 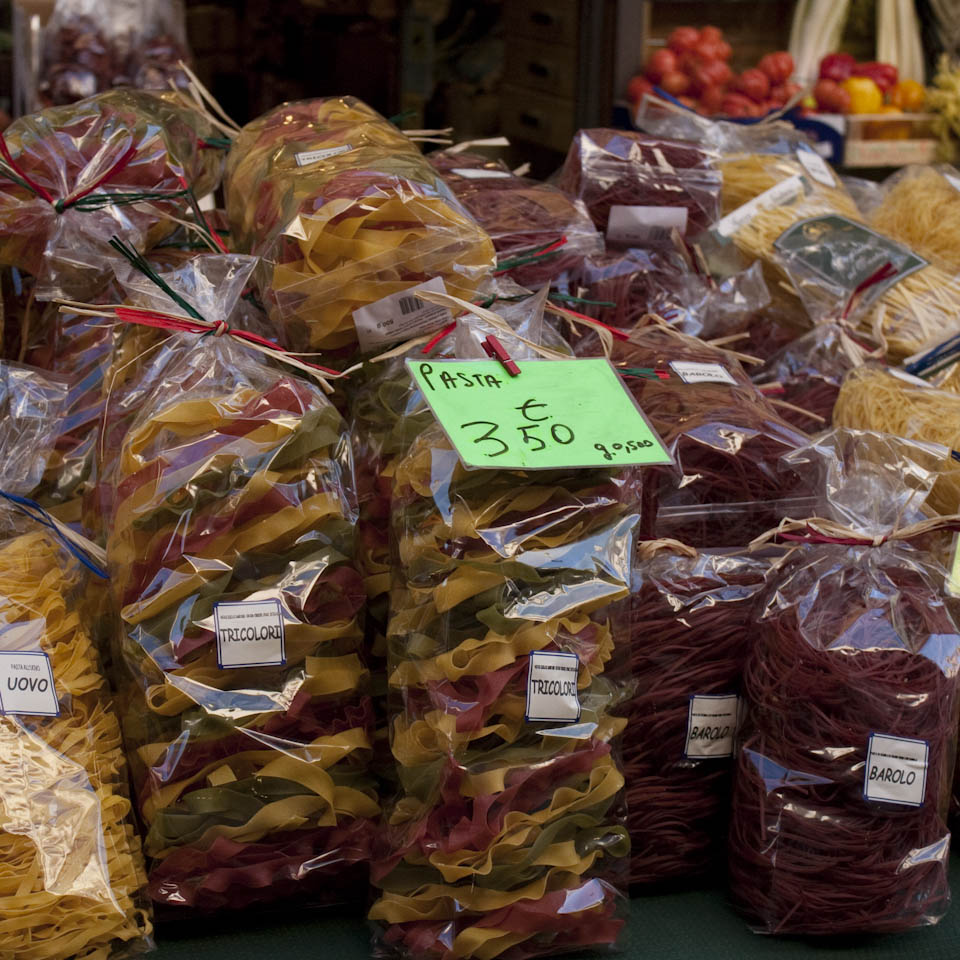 Pasta sold as souvenirs in Piedmont.